Together we create a greener tomorrow

The Umicar Inspire aimed for gold in the World Solar Challenge of 2009. After the previous Solar Team finished in second place, the team was convinced that the first place was within reach. 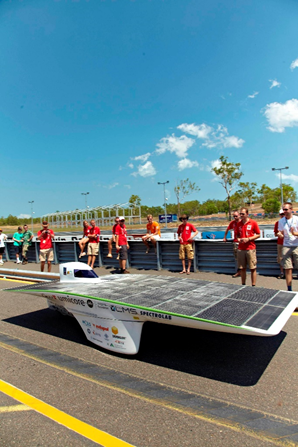 Although the competition was fierce, the team appeared at the start with a remarkable car. The aerodynamics of the Umicar Inspire were impressive: it used very little energy to drive at high speeds in the Australian Outback. It was also the first Belgian solar car with a carbon supporting structure, making it less heavy while remaining strong enough. They used a state of the art multi-junction solar panel of eight square meters, in order to maximize the incoming power. At noon, when the sun was at its brightest, there was so much incoming power that the battery was charging, even though the car was driving 110 kilometers per hour. 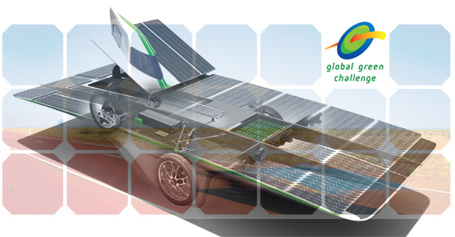 The first day of the competition went smooth, with the solar car making its way to second place. While fighting for the first place, disaster struck and the solar car was damaged by heavy winds. The team chose to drive back to Darwin instead of Adelaide to minimize the damage to the car. 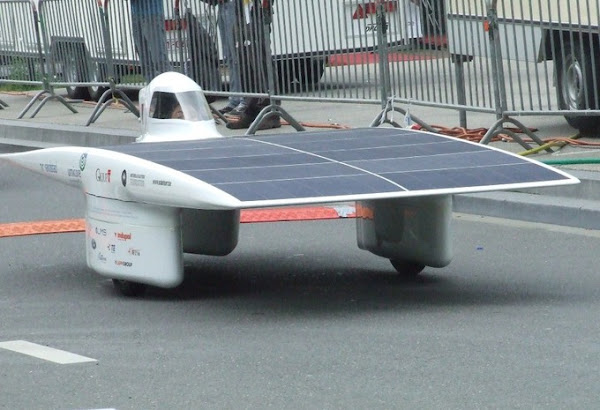