Wednesday, September 7, 2022 - The Agoria Solar Team drove the qualification round for the Sasol Solar Challenge today. The KU Leuven student team set a good time and will start second in the race on Friday. During this competition, the engineering students will drive their solar car on a challenging course between Johannesburg and Cape Town.

The newest solar car, the BluePoint Atlas, has undergone an extensive technical inspection in recent days. The various components of the solar car were checked to make sure they complied with the regulations and safety rules of the competition. Today, the last tests were scheduled, including brake and slalom tests. The BluePoint Atlas passed these tests smoothly and was able to start the qualification round this afternoon.

Over the past few days, the car has undergone a technical inspection. The car was checked on all the different regulations and safety standards it has to meet to drive on public roads. The car passed this test without any problems and is now ready to start the challenge in South Africa.

During the qualification round, the Belgians were able to set the second fastest time. So they can start Friday as second of the ten teams in the Sasol Solar Challenge. The Dutch team from Delft did a little bit better and crossed the line as first with two seconds advantage. They will start the race first.

We just drove the qualifier and we have a very good time of three minutes and 19 seconds which makes us the second fastest team and that means we can start Friday in second place.

On Friday, the engineering students will start the race. For the team members, the race is the conclusion of more than a year of work on improvements for the solar car. It is the first race on South African soil for the Belgian Solar Team and thus a completely new challenge. In addition, the Sasol Solar Challenge with eight days of competition is also the longest competition so far for the team.

The team has worked very hard for a year to get the solar car ready for this challenge. It is a completely new challenge for us and we have done everything to prepare as well as possible.

During their journey from Johannesburg to Cape Town, the students will cover as many kilometres as possible in their solar car. The team that manages to cover the most kilometres during these eight days wins. 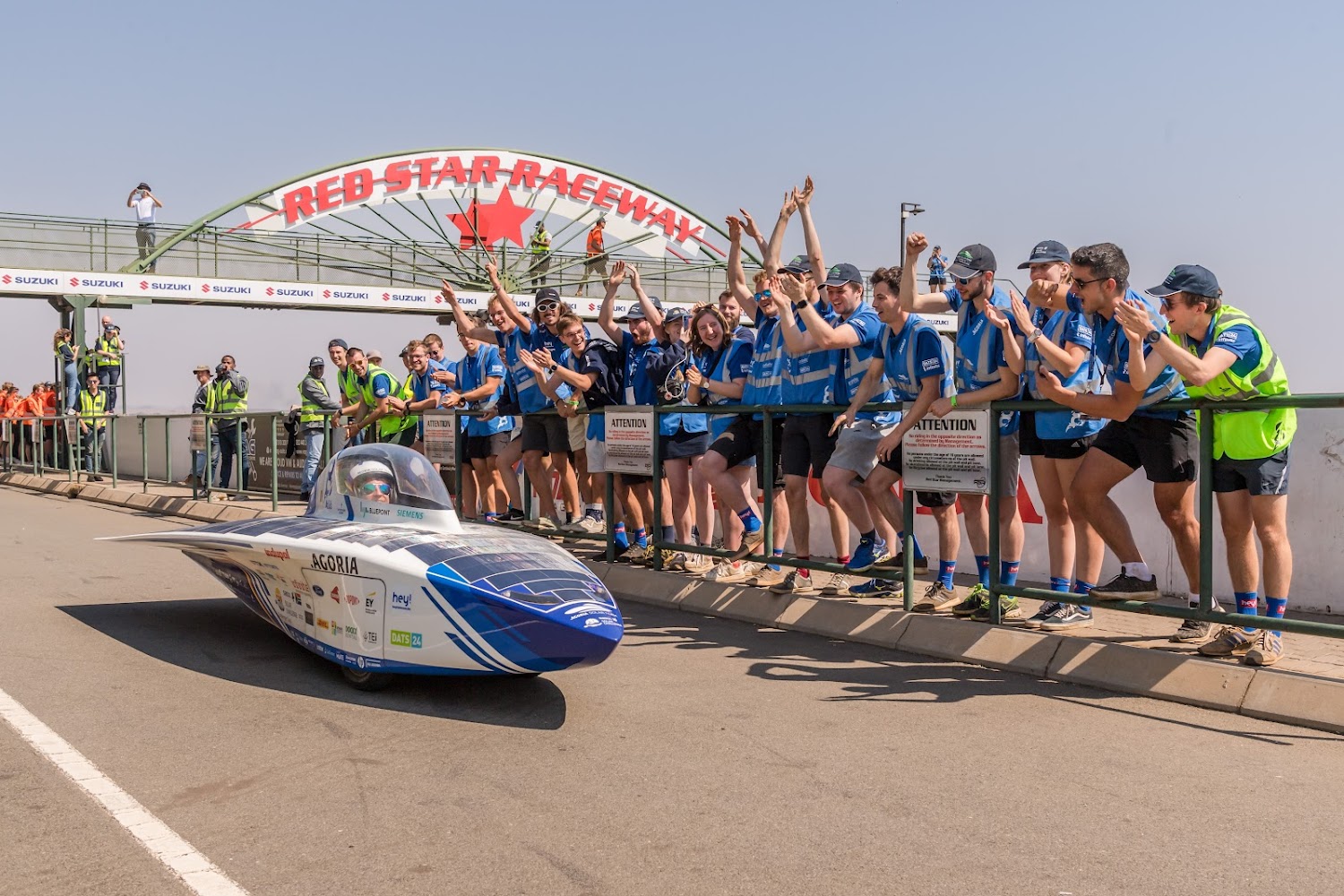 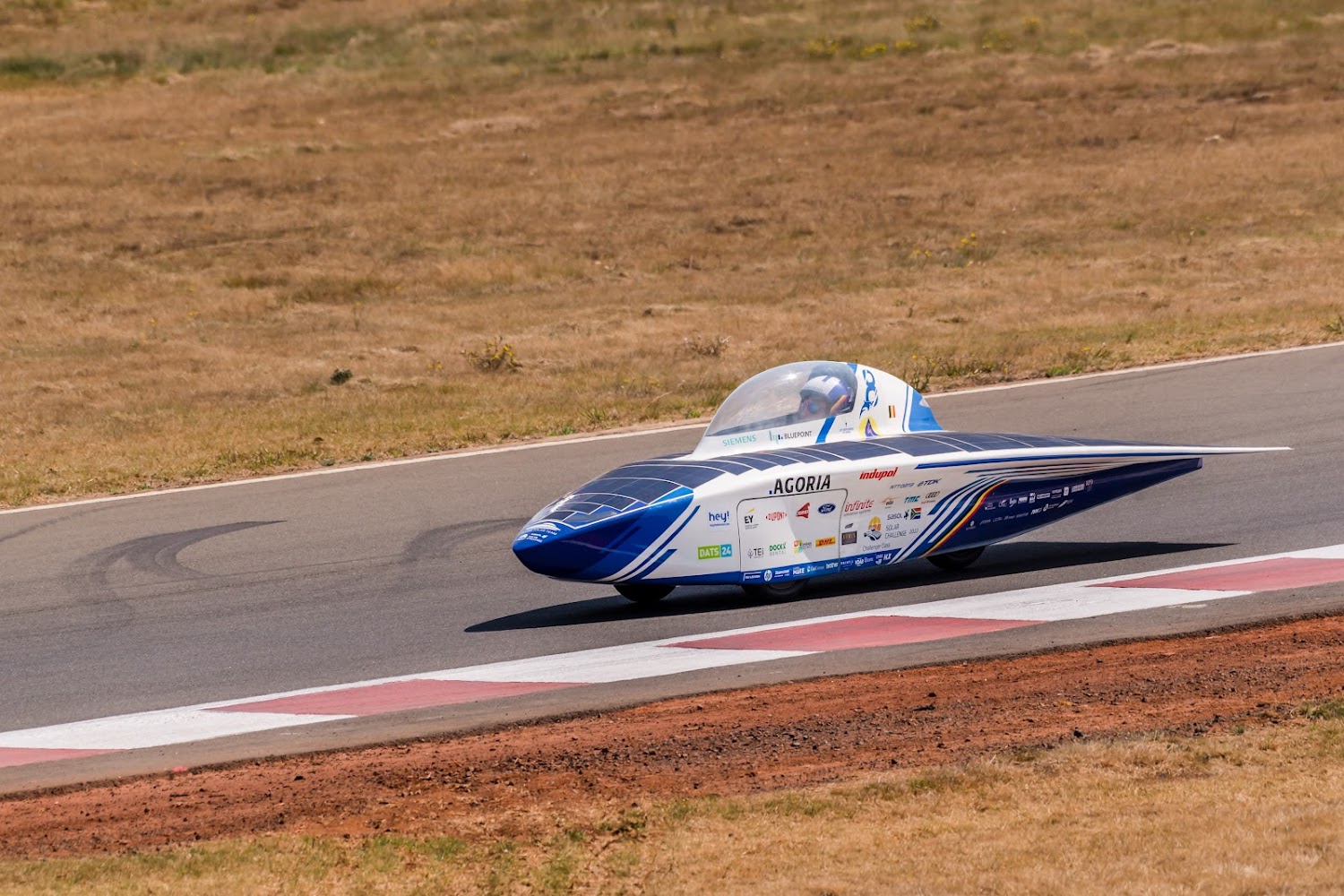 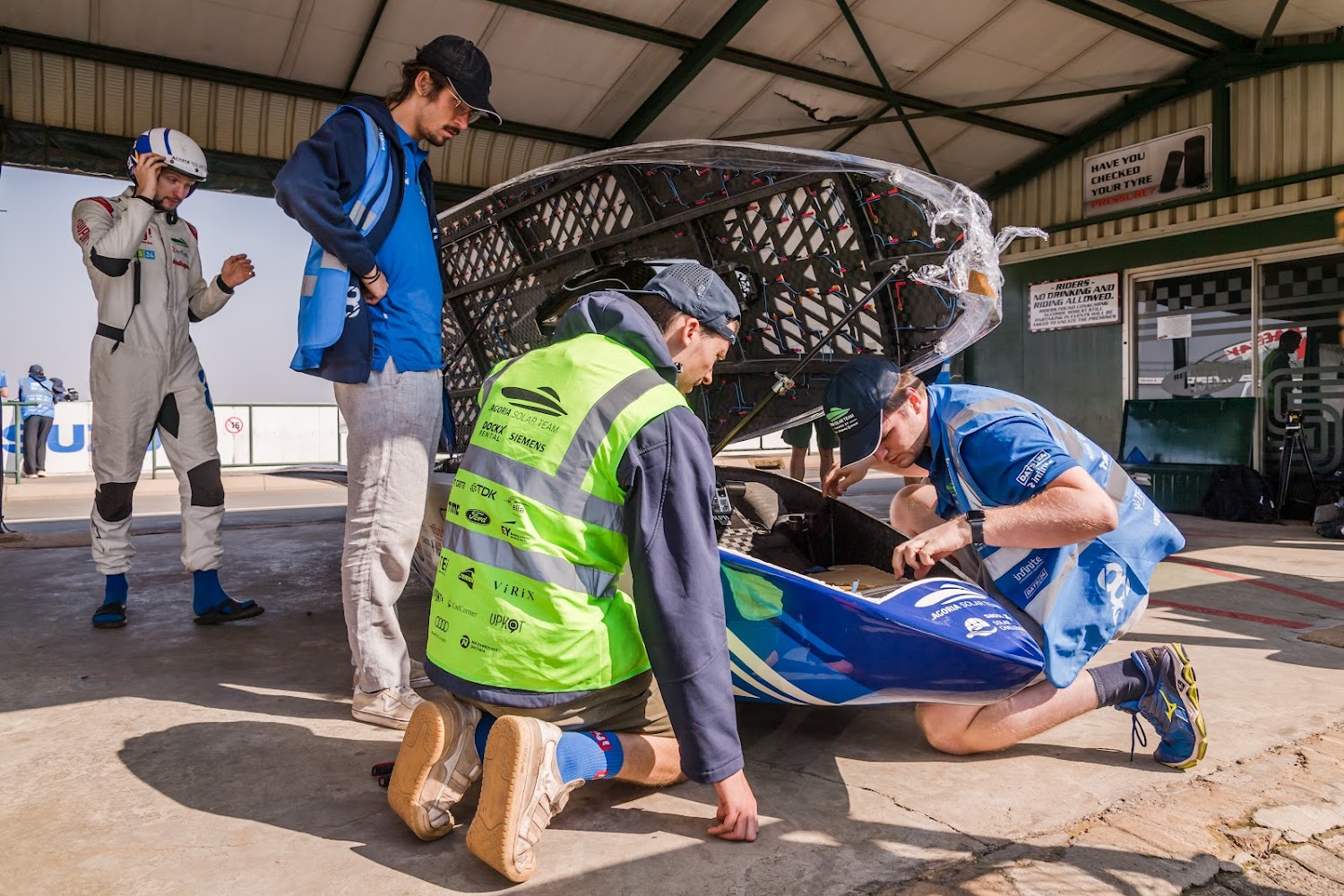 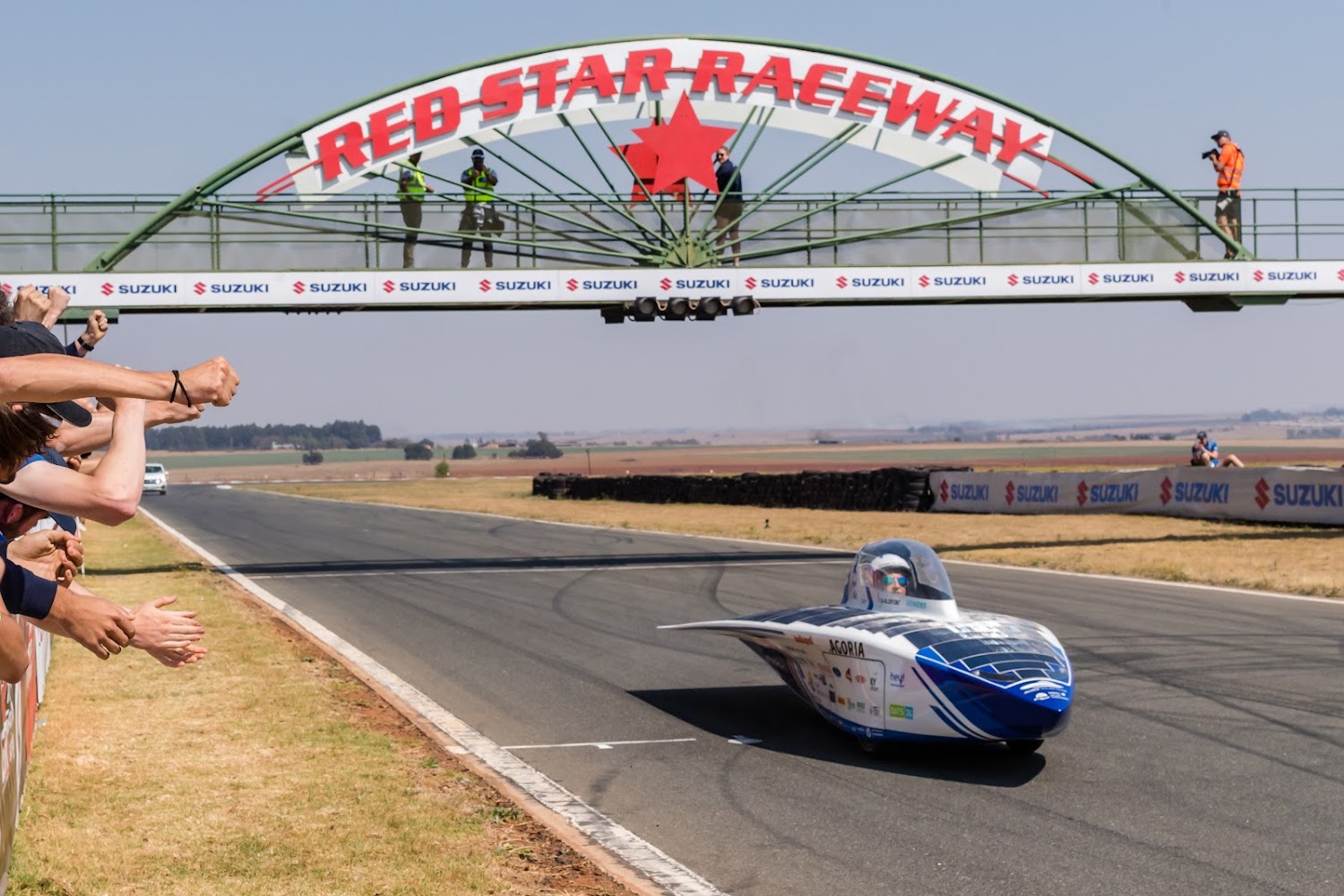 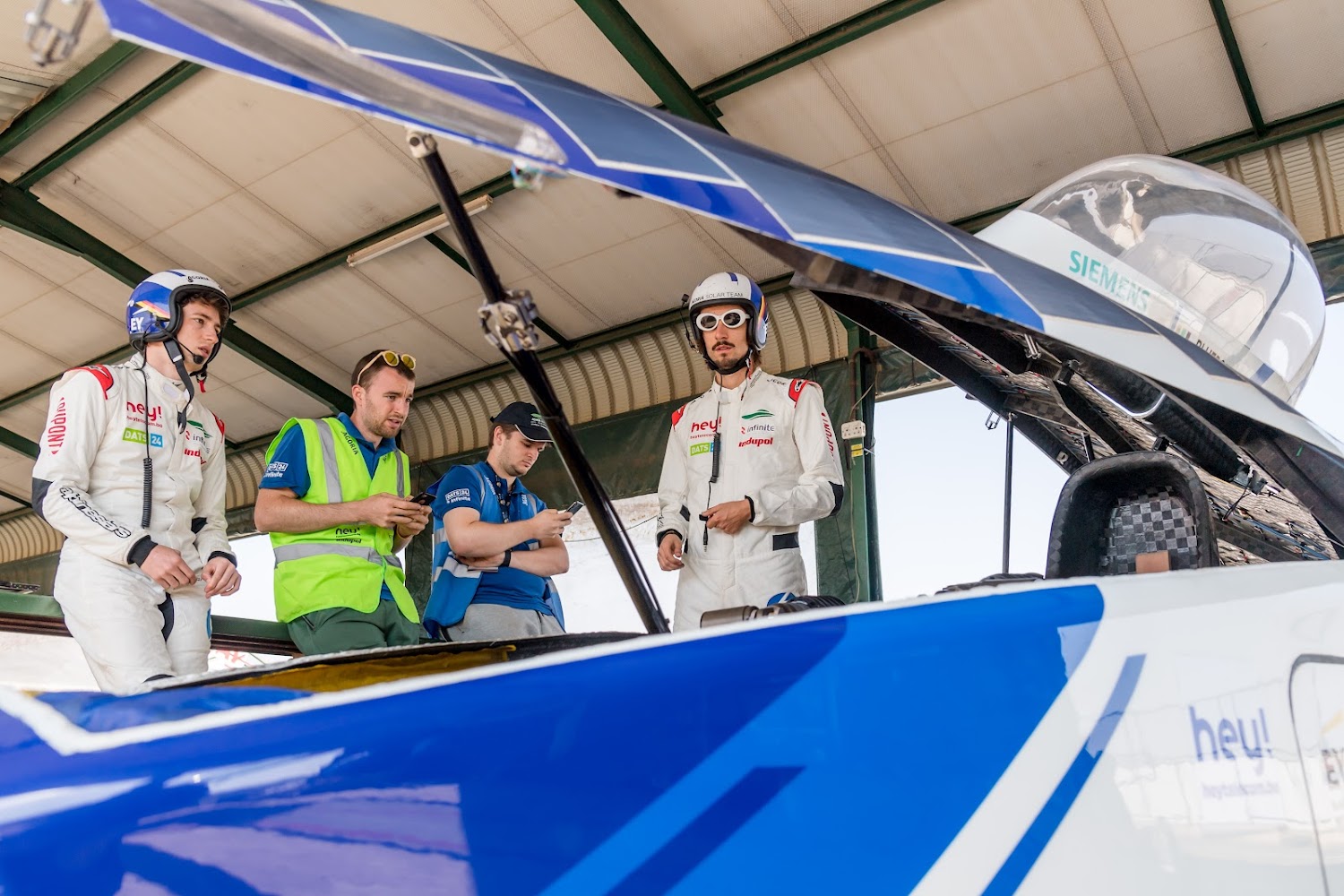