Wednesday, October 27 - The Agoria Solar Team drops to second place in the Solar Challenge Morocco. Hectic traffic and tire trouble caused problems for the solar car. The team is over half way through the race in Morocco after today.

The Belgian solar car was the first to set off on the third stage of the Solar Challenge Morocco this morning. On the program was a large loop of 527 kilometers on the edge of the Sahara. Remarkable about the route were the many villages and towns through which the teams had to find their way. The Moroccan villages and towns are known for their chaotic traffic where the roadway is shared by cars, scooters, cyclists, pedestrians and even donkeys with carts. The team  used horns to clear the lane for the solar car. The inhabitants of the villages were pleasantly surprised by the arrival of the remarkable car. Many passers-by looked on in admiration and took pictures with their phones. 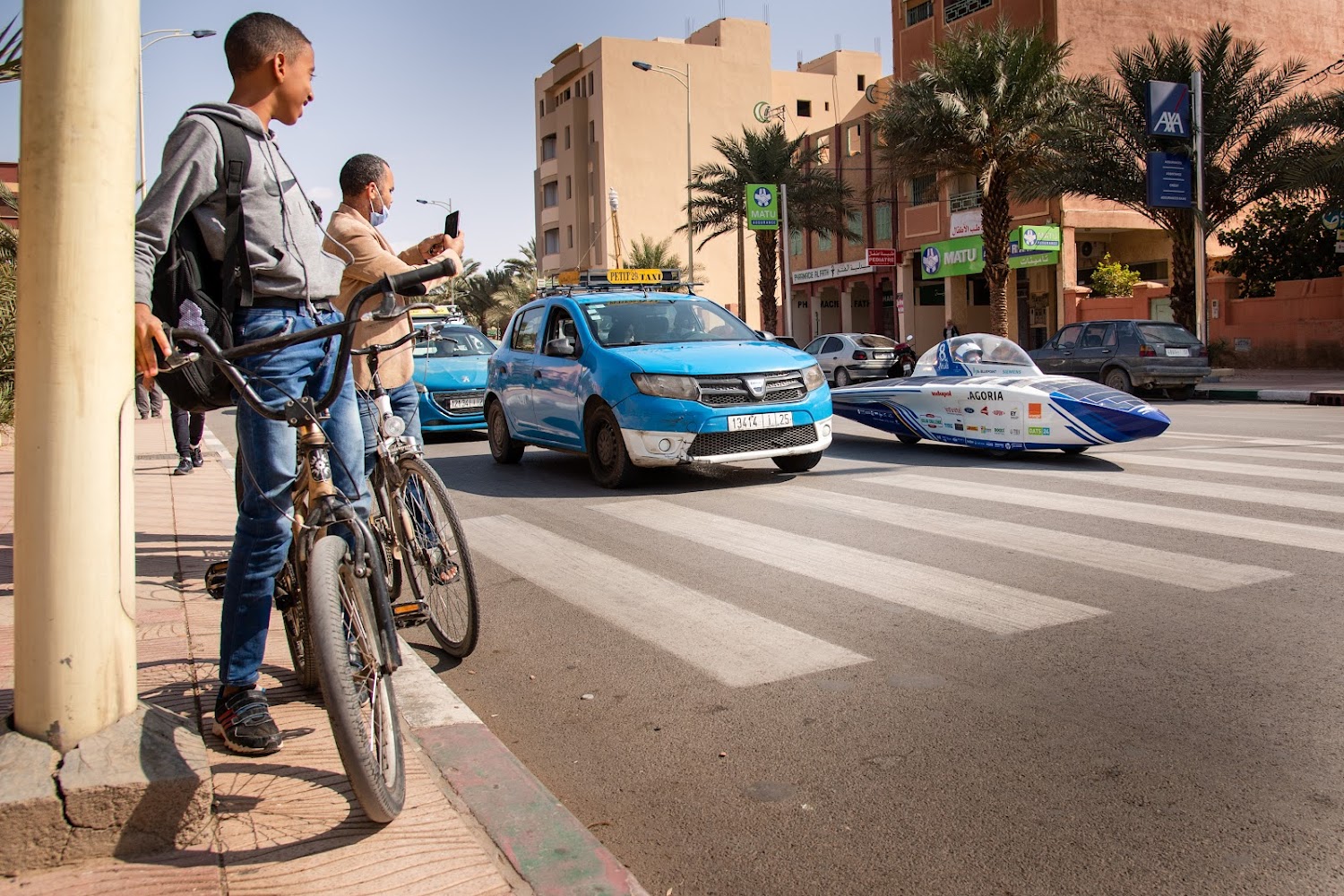 The Agoria Solar Team began the day with an 11-minute lead over the Dutch student team from Twente. It soon became clear that the neighbors from the north were using a very different strategy. Due to the higher driving speed, it didn't take long for them to leave the Belgians behind. Around noon, the Belgian solar car suffered a tire blowout due to a sharp stone on the track. Due to the tire blowout, several minutes were lost allowing the Dutch to further extend their lead. The Belgian team dropped to second place in the general classification, 36 minutes behind. The Solar Team from Delft follows in third place with a gap of more than an hour.

"This afternoon we did a short stop procedure. The BluePoint Atlas had driven over a sharp rock and had a flat tire as a result. We were able to replace the tire quickly. All in all, the solar car was back running after three minutes."

The Belgian solar car has already covered 1538 kilometers on solar power this week, making it more than halfway through the race in Morocco. Tomorrow the team will start on stage four, a 449-kilometer drive towards the Atlas Mountains. The biggest challenges will be the many potholes and the silting up of the road surface. The team will be in hot pursuit to regain the lead. Anything can still happen in the last two days. The team continues to drive according to their own strategy with great confidence in the car.

"Today we lost our leading position. It was a more difficult moment for the team for a while. We still have the confidence in our own strategy and know that the next few days will be exciting. Tonight we will put the car back in order so that we can take back the first position tomorrow." 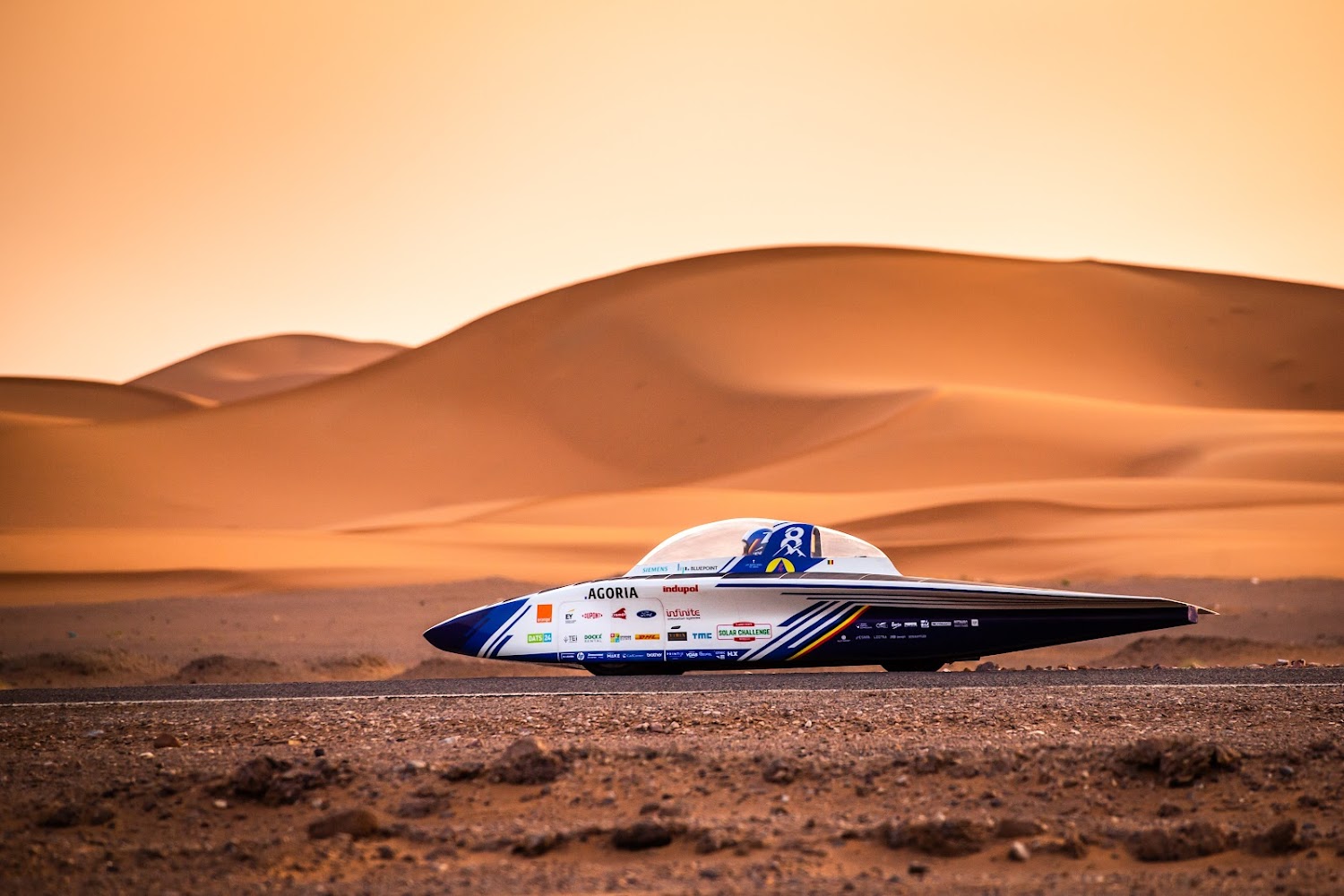 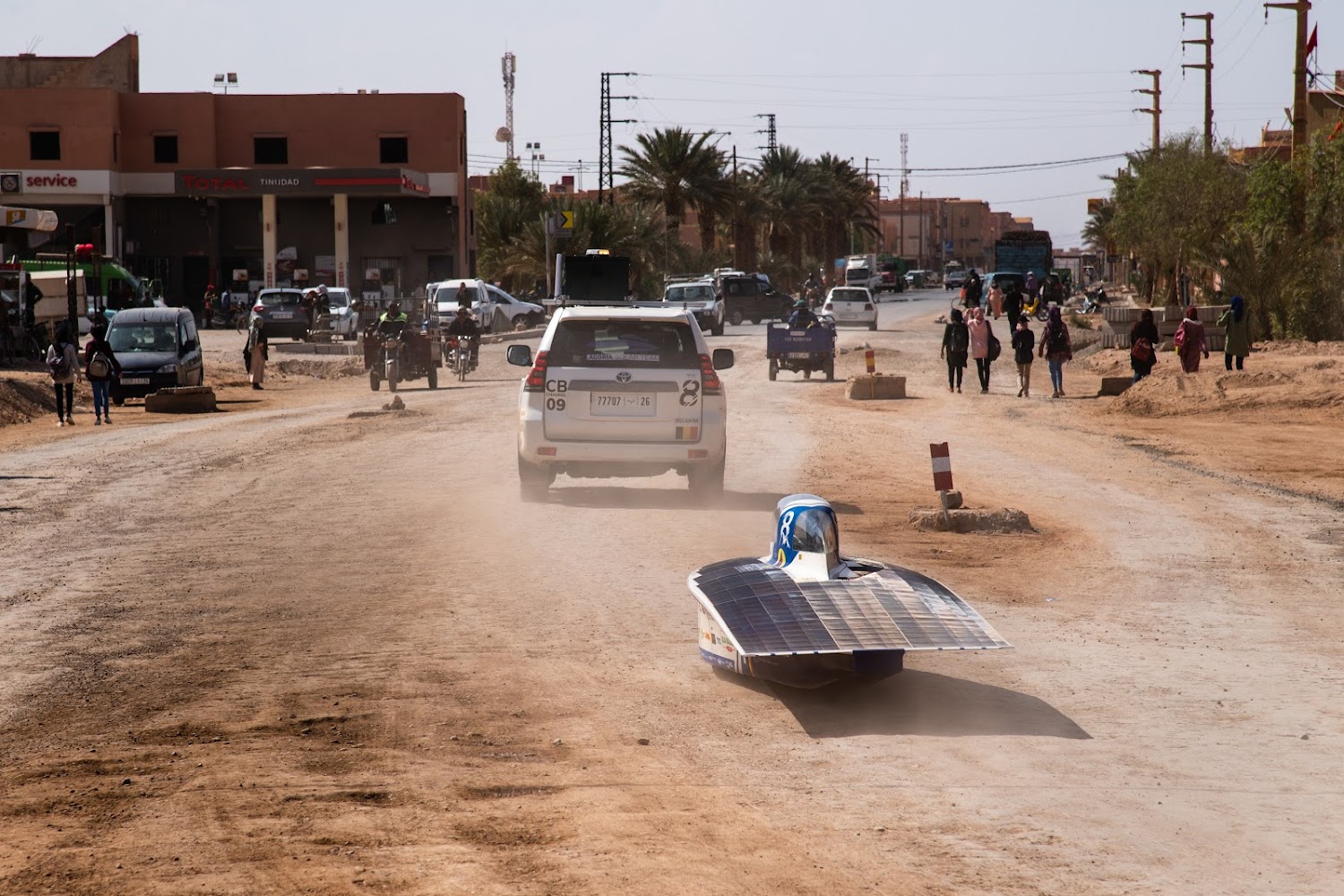 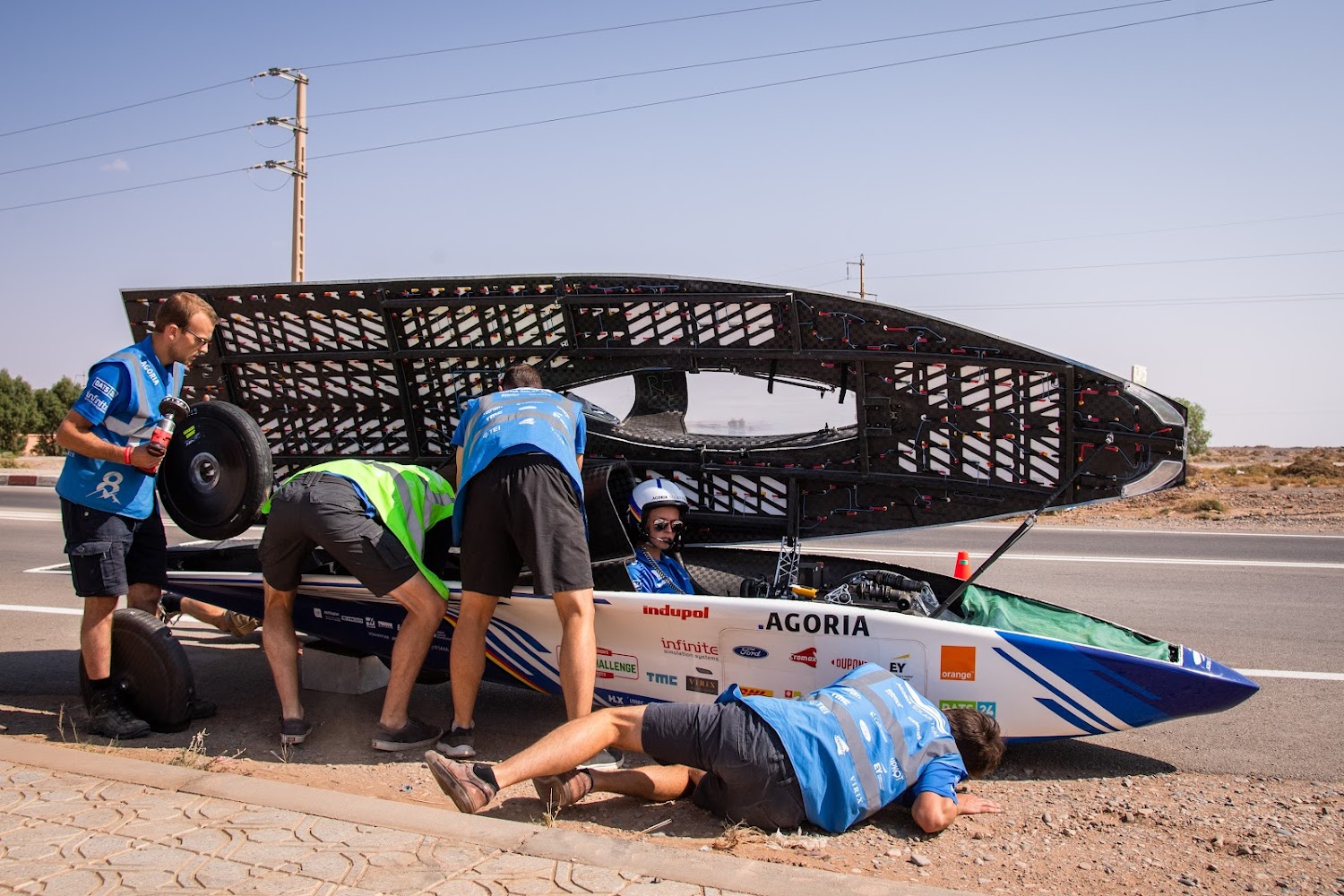