After the first race day, the Belgian Solar Team is sixth at the world championship for solar cars. The students of the University of Leuven were the first ones to start, but later the team got unlucky. Due to something that was dragging at the rear wheel, the team had to let some competitors go ahead. But the students are not giving up: “The race is not over yet and everything is still possible.” 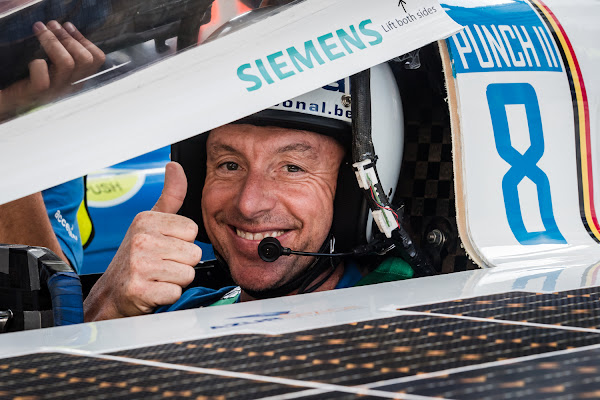 Today the world championship for solar cars started in the Australian city of Darwin. 42 teams from all over the world will drive 3021 kilometers with self-built cars.  The Belgian Punch Powertrain Solar Team started in pole position with Belgian race pilot, Bert Longin, at the wheel. Every 30 seconds a new team was allowed to start, therefore there were several solar cars driving right after each other. “For a while, we were driving alongside the big teams. All the teams were clearly in shape. Also within our team everyone was very focused, and that was a very nice moment”, says Thierry Garritsen.

However, right after the first control stop, the team noticed that the solar car was using too much energy. “That is why we decided to pull over”, says Thierry Garritsen. “We checked the car and saw that there was something dragging at the left rear wheel. We immediately fixed it and after 10 to 15 minutes, we were back on track.” 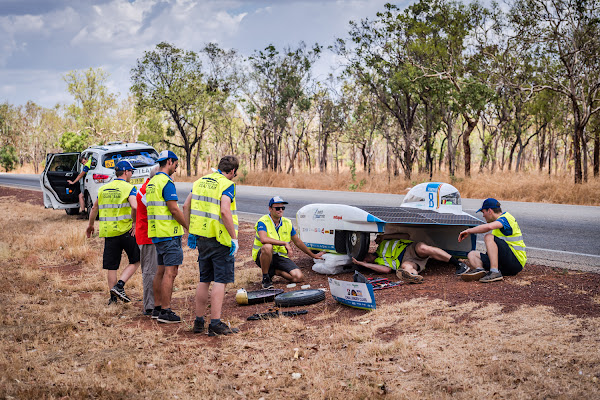 At 5pm Australian time, all the solar cars must stop driving. The Belgian Team was in sixth place at the end of the day. Right now, the solar car of the University of TU Delft has the lead. Despite the setback, the team remains positive. “Tonight, we will charge the battery until sunset. Tomorrow morning, we will start with our overtaking manoeuvre”, says Jasper Schrijvers, pilot of the Solar Team. “We are not giving up”, says Thierry Garritsen. “The race is not over yet and everything is still possible!”

The Punch 2 has 588 kilometers on the counter today. The students of the University of Leuven still have 2433 kilometers to drive before they reach their final goal, outstrip the competition. 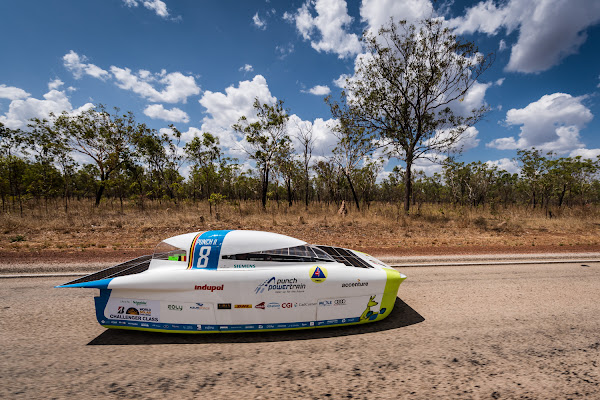 For more picturs: check our Facebookpage!