Today, the Agoria Solar Team finished second in the Sasol Solar Challenge. It is the first time the KU Leuven students participated in this competition. After a lot of bad luck and a technical failure of their battery, they still managed to finish in second place.

The KU Leuven student team started their tour of South Africa last Friday. Already on the first day, disaster struck; an unexpected unevenness in the road caused the solar car to skid and the side scraped against the ground. The team was able to repair the damage but lost a lot of precious kilometres as a result. On the last night, the solar panel of the BluePoint Atlas sustained damage due to an action by an inexperienced team member of a rival team. The damage could not be repaired and the team had to start the final stage with a solar panel not functioning optimally. Both the Belgians and the Dutch were also given a 10-minute penalty time. Over the past few days, in the fierce battle, they pushed each other to the limits and they are suffering the consequences of that today.

Despite all previous setbacks, the team was able to start the final stage today. With only 10 kilometres behind the leaders, it promised to be a blood-curdling final stage. Unfortunately, the students were not spared problems today either. A sudden technical defect in their battery caused the students to continue only at reduced speed. This decision was made for safety reasons. One of the battery cells showed a lower voltage than the rest of the cells. From the solar car's follow car, all parameters of the battery were constantly monitored to ensure safety at all times. At a mandatory stop, the faulty cell could be removed. After this intervention, the students were able to continue driving with a battery with reduced capacity.

The Belgians were able to make things very difficult for the Dutch. After they were able to make up a deficit of more than 100 kilometres, they were in the lead of the classification for a while. But several setbacks prevented them from maintaining the leader's position. It became a cat-and-mouse game in which both teams proved to be evenly matched. Today, the Belgian team started the final stage with a gap of only 10 kilometres. They started this morning's catch-up race in good spirits. Unfortunately, it was not to be. Despite all the setbacks, they did manage to finish the race after all and finish second. The team members are proud of the performance they were able to achieve during their first race in South Africa. It was a challenging and long race that took its toll, but we learnt a lot. With the experience they gained during this challenge, the students will start building a new solar car. With this, they will compete in the world championships in Australia next year. 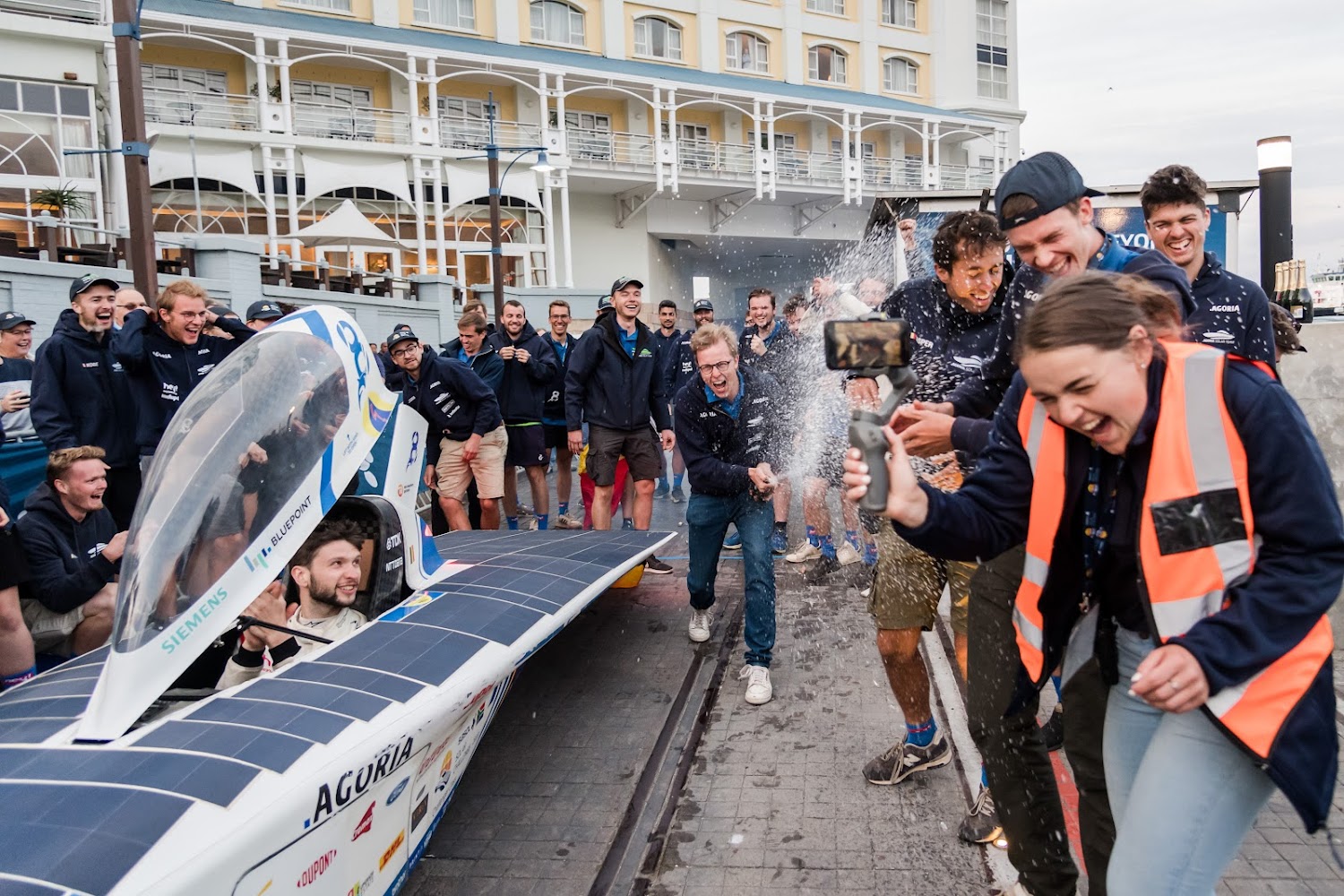 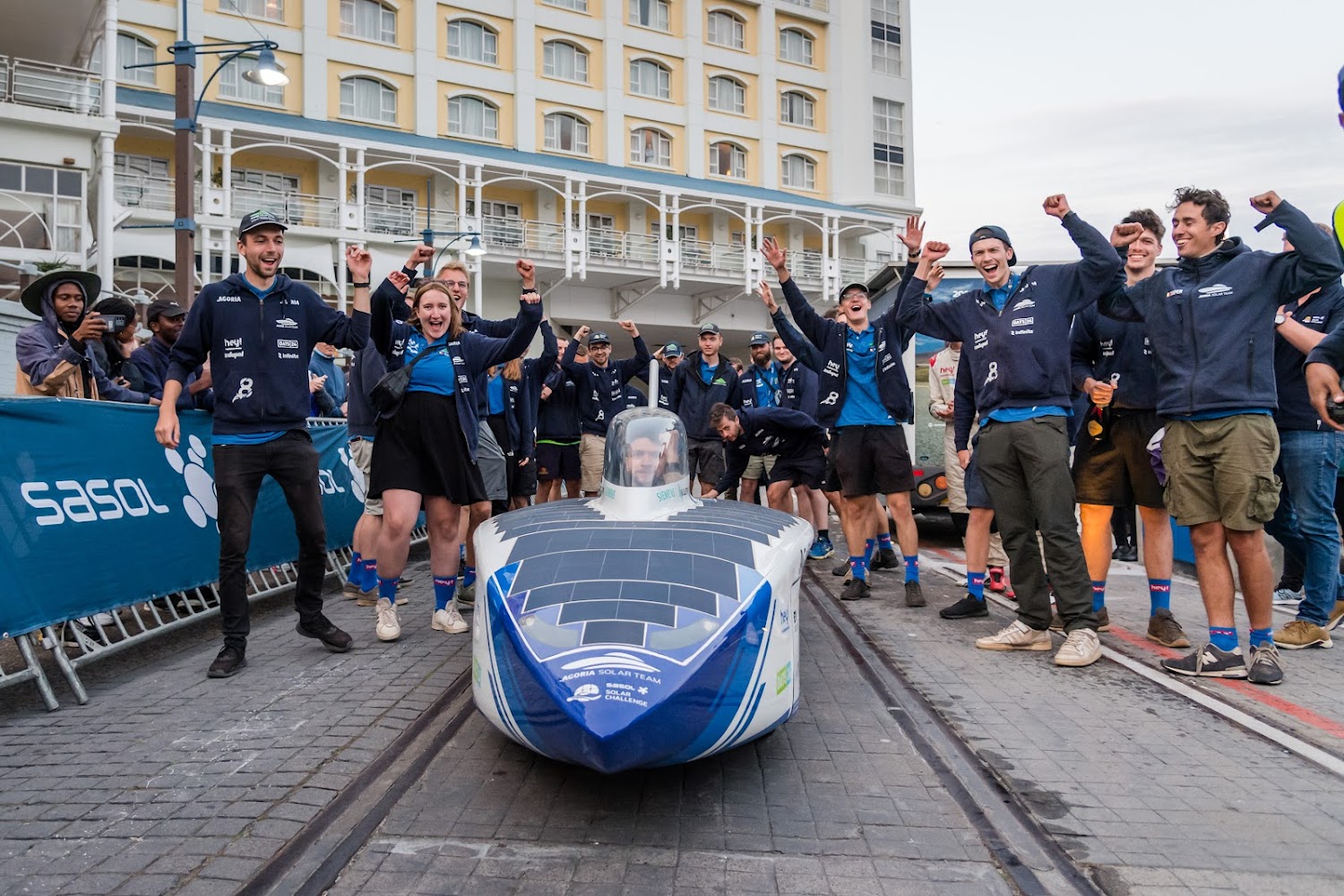