Today, the Agoria Solar Team made it through the 'blind' stage of their race in South Africa. They only received the route yesterday. Due to this last-minute unveiling of the route, the Belgians still had to work out their strategy. The KU Leuven students endured this stage flawlessly. Due to the limitations of the route, they could not reduce the gap to the leaders today.

To test the flexibility of the participating teams, today's route was given to them only last night. After a night of preparation and determining the best strategy, the KU Leuven students were able to start this exciting stage this morning.

"It was indeed a special day because it was the full blind stage and that means we only knew what that route looked like last night. So we only started preparing for it last night, we looked at altitude profiles and at complications throughout the route in order to be prepared to start the stage today."
Lode Van Mierloo (22, Pelt), Mechanical Engineer with the Agoria Solar Team

Today's stage took the BluePoint Atlas not only along a challenging curvy course, but also along South Africa's oldest road. This is a single-lane road used by traffic in both directions. It was quite a challenge for the students to ensure that the solar car did not have to stop due to oncoming traffic. The solar car was able to pass smoothly.

"Today everything actually went according to plan. We rode the maximum distance we could ride today. It was a blind stage so we invested quite some time to prepare the route we only got last night. In the end, we were able to do the full route with the extra addition that was possible and so we are still one place behind Delft, the best we could do today given the route that was there."
Pieter April (21, Meise), Team Leader with the Agoria Solar Team

Competing with the Dutch

Due to restrictions imposed from the organisation, the Belgians were unable to catch up a distance today against their competitors from the Netherlands. The race will continue unabated for the next three days. Today's distance restrictions allowed the engineering students to bring in a lot of energy with their solar panel. This allowed them to charge their battery pack well today, so there is a lot of energy available for the coming days. Tomorrow, the students will start their catch-up race. With less than 30 kilometres difference, the next few days will be very exciting. On Friday 16 September, the students will arrive in Cape Town.

"Currently, we are in first place. The gap to the leaders is less than 30 kilometres. There are still three days to go. We were not able to catch up today because restrictions were imposed on the course. This did allow us to store up a lot of energy to start the catch-up race in the coming days."
Emma Stalmans (24, Aarschot), PR responsible with the Agoria Solar Team 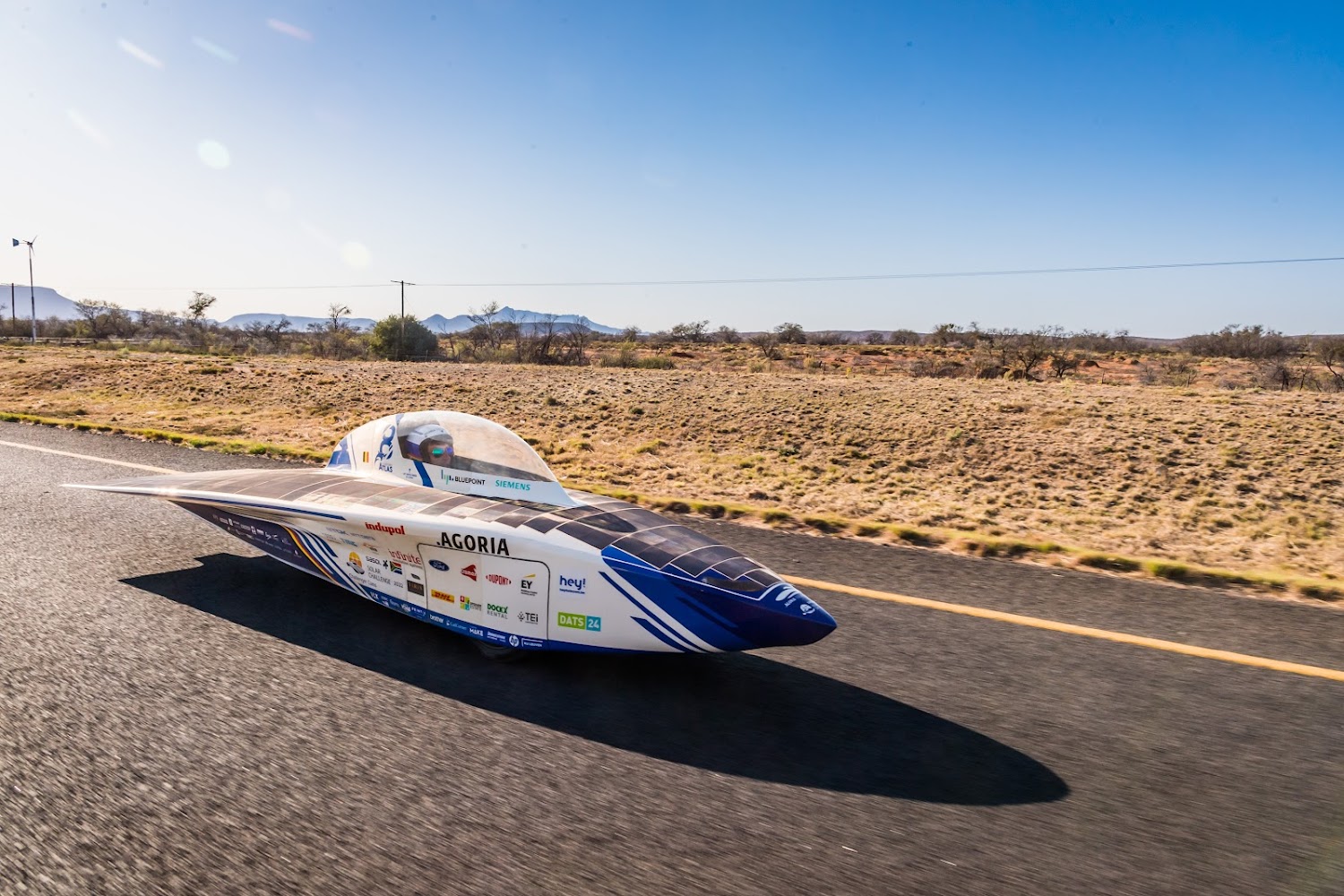 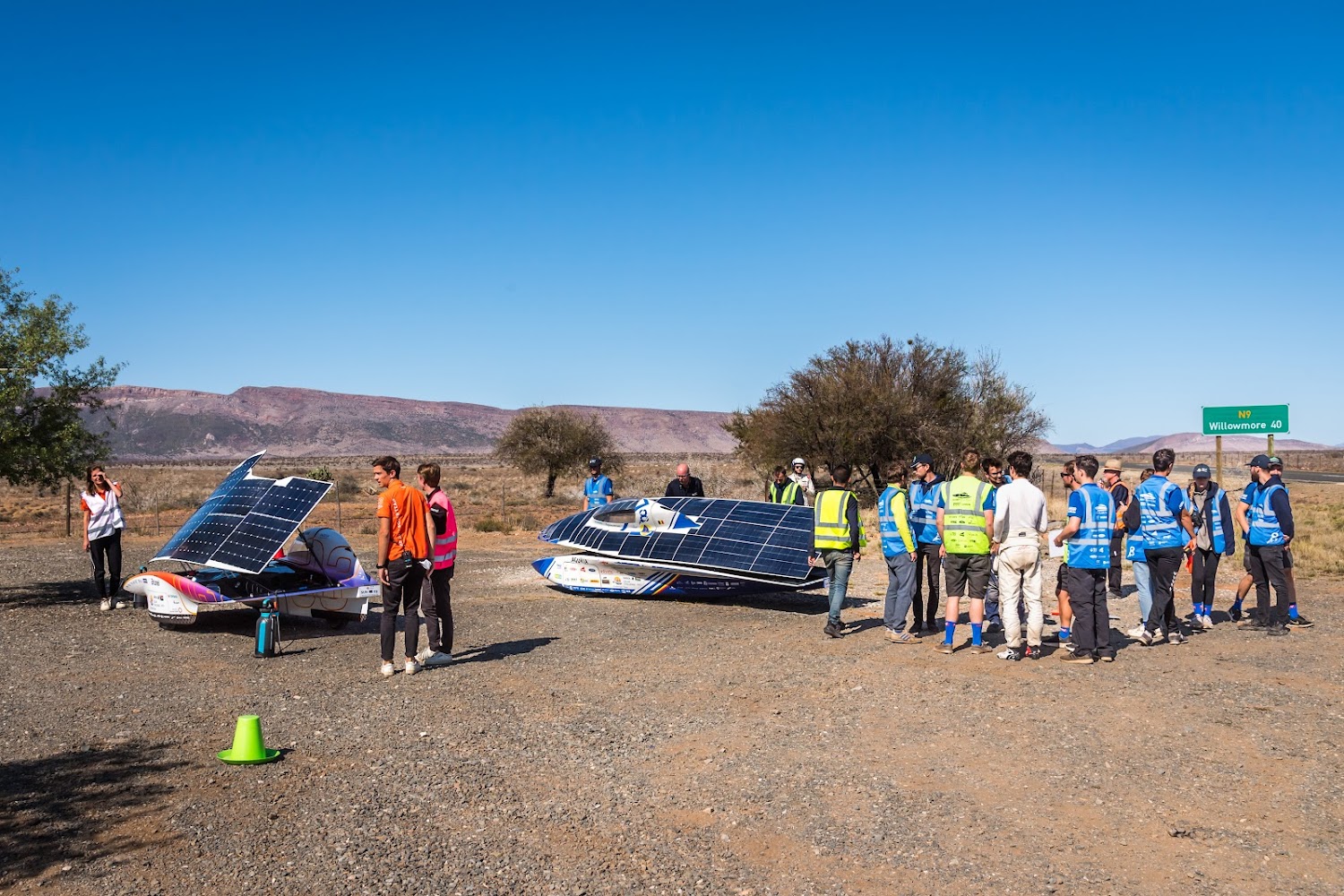 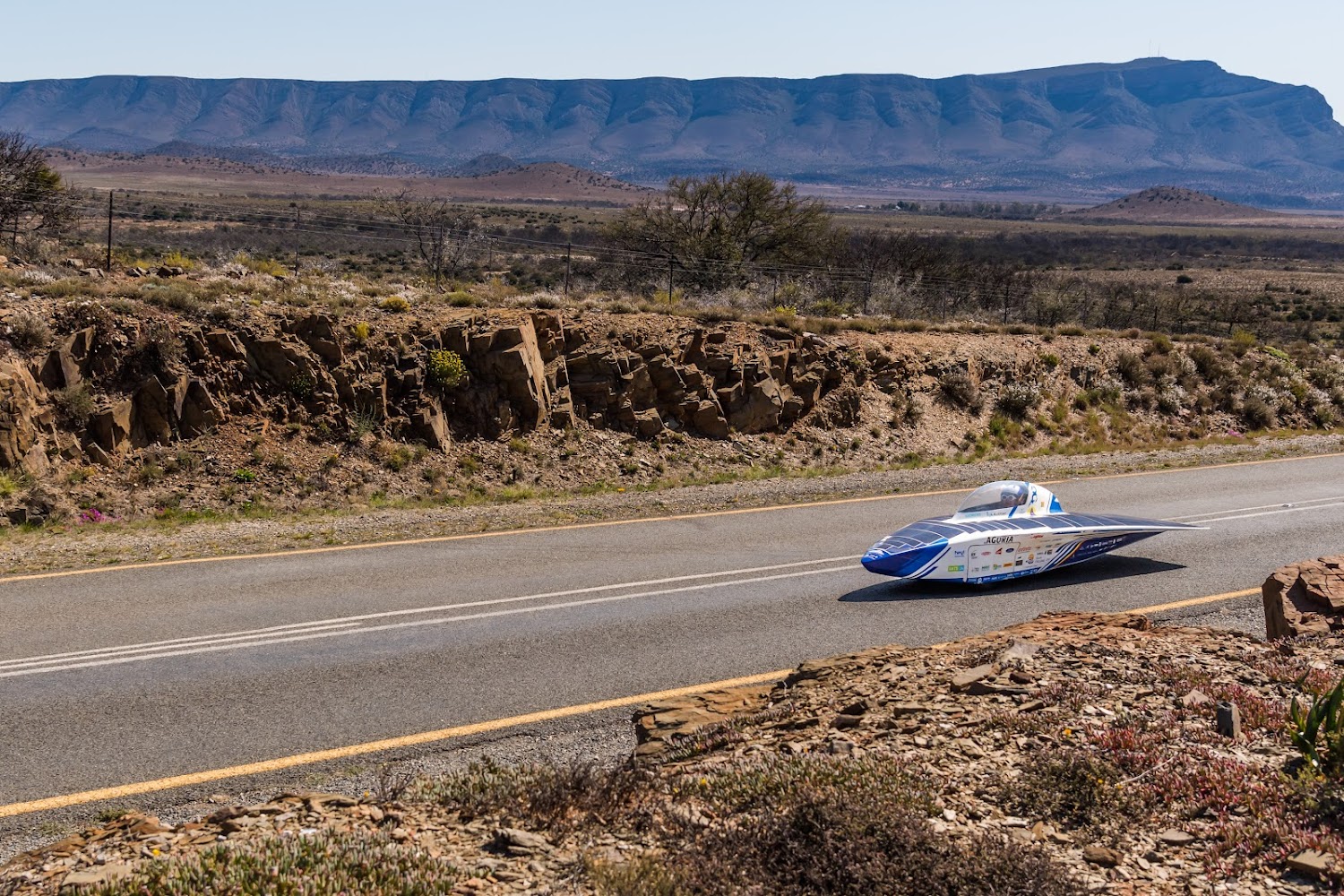 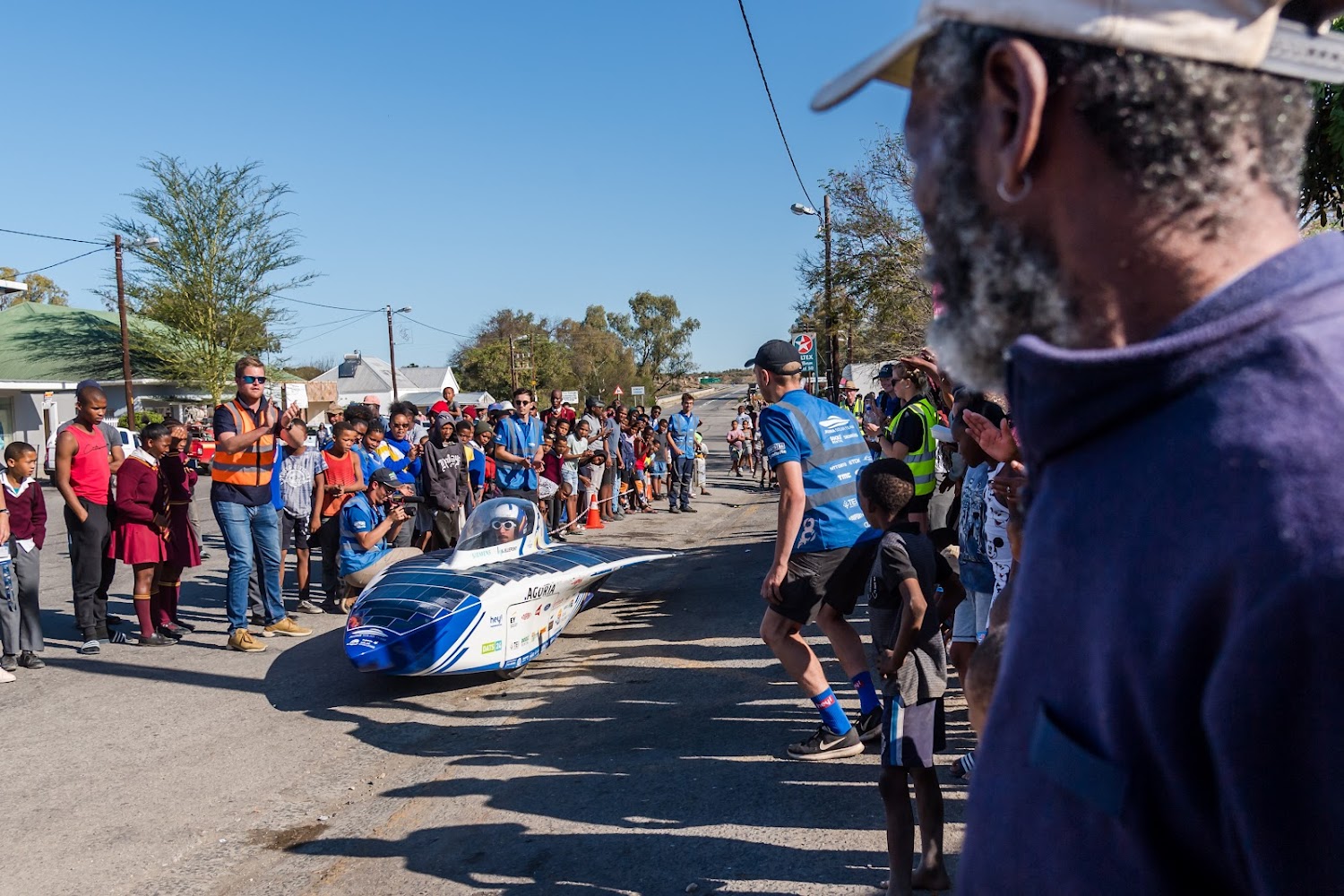