Halfway through the challenge, Belgian Solar Team in second place after exciting battle

After a challenging stage, the Agoria Solar Team could not keep its first place in the Sasol Solar Challenge. The KU Leuven student team lost its leading position to its biggest competitor: the team from Delft. Their newest solar car, the BluePoint Atlas, had to climb two steep mountains today. This was quite a challenge for the solar car's motor, which was designed and produced by the students themselves. The exciting battle will continue over the next four days.

Yesterday, the Belgians were able to take first place from their biggest competitors: the student team from Delft. Today the Belgian team went for a more conservative approach to save energy for tomorrow. Then the 'blind' stage is on the programme: the route will only be announced this evening. The students do not know what route awaits them and opted to drive slower to leave enough energy in their battery pack, which can only be recharged by the sun. Because of this, it is unclear how much energy will be needed.

The fact that we don't know the route yet tomorrow will influence the strategy of the whole race. We have had to build up a certain margin in the last few days, which is why we had to drive a lot slower today, for example, and the team from Delft was able to overtake us. We will see tonight if that was a good gamble.

Today's stage was a very challenging one for the BluePoint Atlas. The solar car had to overcome two mountains. The students developed the motor of their car themselves in order to increase its efficiency. As a result, less energy is lost and a greater distance can be covered with the energy we get from the sun.

The motor we use is designed to be very efficient in a certain range where we just drive as constantly as possible. Today there were many mountains and then the car consumes much more to climb up the mountain. The motor is not specifically designed for that so it heats up very quickly. We had to constantly monitor the temperature of the motor so that it did not overheat.  For this we made calculations in advance to know how fast we could drive up the mountain.

The race is currently halfway over. With a difference of about 30 kilometres, the coming days will be very exciting. The race ends on Friday 16 September in Cape Town. Tomorrow's route starts and ends at the same point, the exact route is unknown and will not be announced until tonight.

Currently, Delft is about 30 km ahead of us. The next few days will certainly be exciting. It depends on the weather of course, what our strategy will be, but for now the neck-and-neck race continues and we are of course doing everything we can to finish in first place. 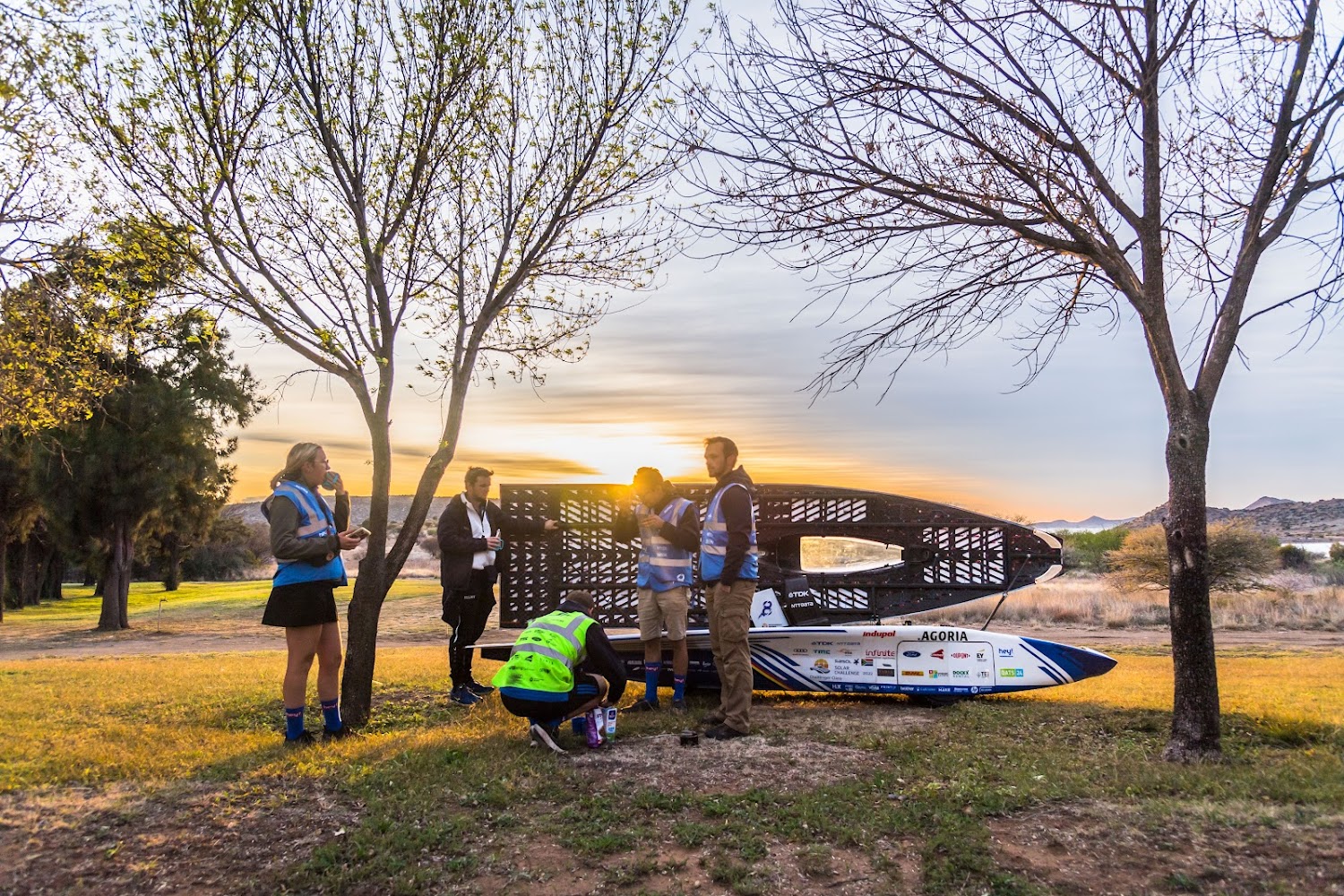 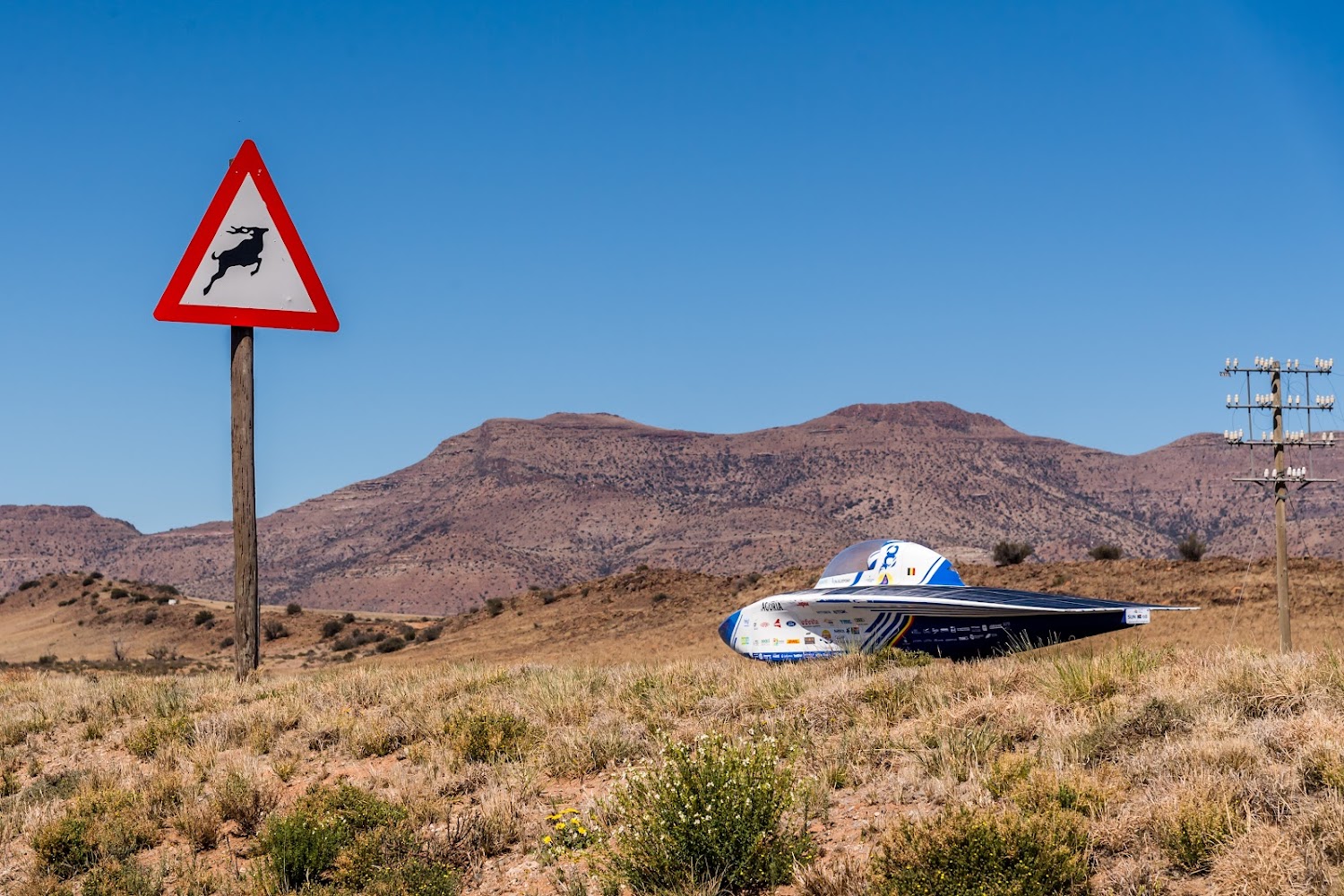 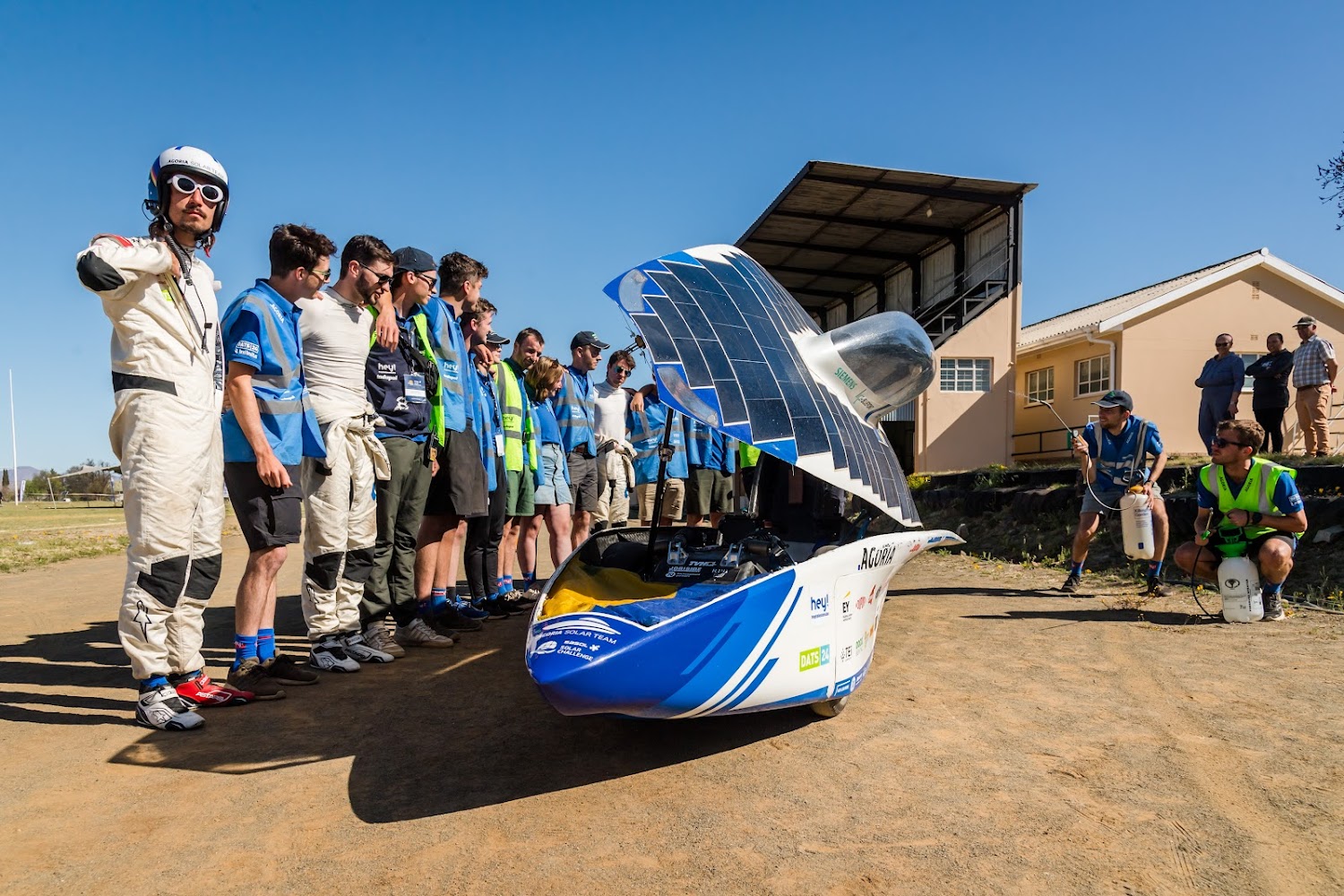 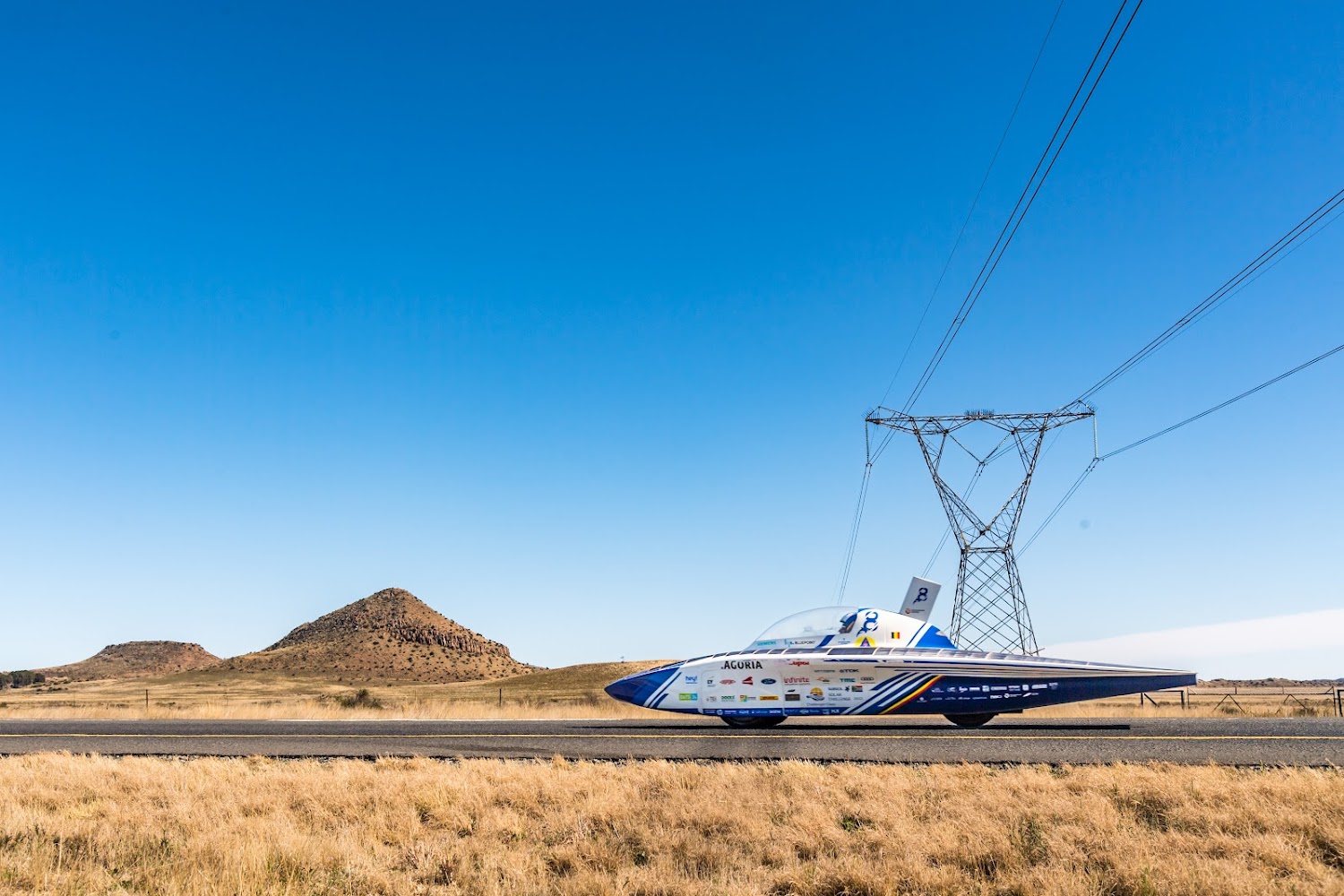 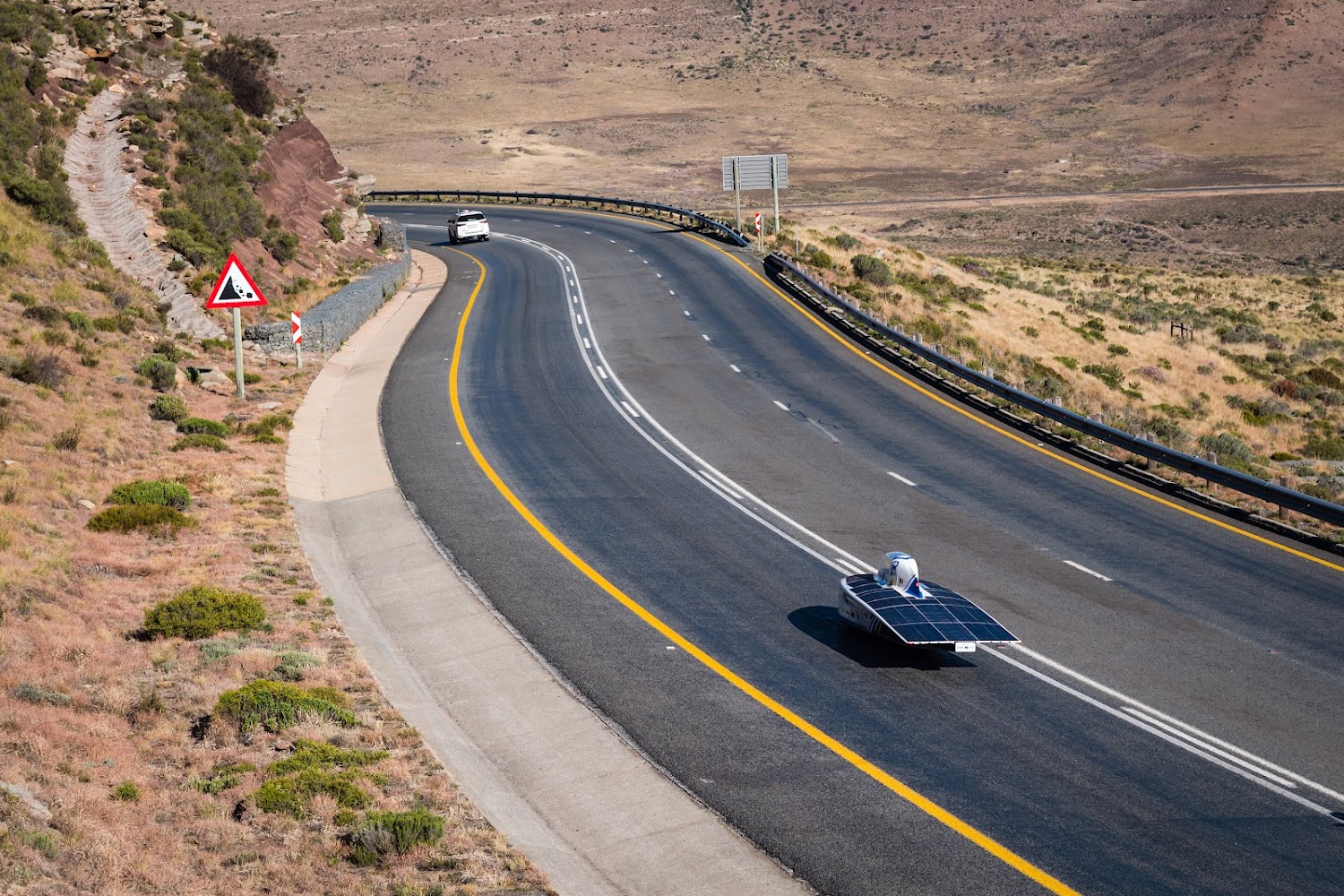