The Belgian Solar Team was unable to close the gap to the leaders, the Dutch team from Delft, today due to unexpected roadworks. Due to the strategy followed today, both teams took turns to lead the stage. The gap is less than 30 kilometres. With two days to go, it will be very exciting for the engineering students. After today's stage, the Agoria Solar Team has travelled about 3160 kilometres in the Sasol Solar Challenge. This is the longest distance a Belgian solar car could ever cover in a competition.

Today, the KU Leuven students could not catch up any distance on the team from Delft due to unexpected roadworks. These roadworks caused a last-minute change to the route which made overtaking strategically unfeasible. The Belgians were able to make things very difficult for the Dutch and got into the lead of the stage several times today. However, long waiting times and speed restrictions at the roadworks made it impossible to distance themselves from the Dutch team. At the end of the day, the Dutch arrived just ahead of the Belgian team. Currently, the team is less than 30 kilometres behind their main competitor. This puts them in second place for now and the situation remains unchanged.

"Today we drove the sixth stage of the Sasol Solar Challenge, which is an eight-day race, the longest we have ever participated in. Meanwhile, on those past six days, we have already reached more than 3,000 kilometres that we have driven, so that is also the longest distance that a Belgian solar car has ever covered in one race."

After today's stage, the team has covered about 3160 kilometres in the Sasol Solar Challenge with their latest solar car, the BluePoint Atlas. This is the longest distance that could ever be covered by a Belgian solar car during a competition.

"The course was interesting today. There were roadworks that we had to pass six times. We were not prepared for that but our support cars did their best to get the solar car through that as smoothly as possible. That worked out well, and a little later the organisation also changed the course so that we no longer had to pass the roadworks. That change meant we had to be flexible."

The competition does not end for another two days. Today, the students descended to coast. This allowed them, thanks to their regenerative braking system, to recover and store a lot of energy in their battery pack, giving them enough energy for the coming days. From tomorrow, the students will drive along the coastline. They hope to gain a strategic advantage from their innovative fin, which allows them to sail on the wind. The team is ready for the final sprint. In the coming days, the whole team will have to be focused. Every link in the chain can make a significant difference. On Friday 16 September, the students will arrive in Cape Town with their solar car.

"Tomorrow we will drive along the coastline, where we hope to have a lot of wind. This would give us a strategic advantage because we have the fin. The fin is our latest innovation that lets us sail on the wind allowing us to ride more efficiently and thus cover more kilometres." 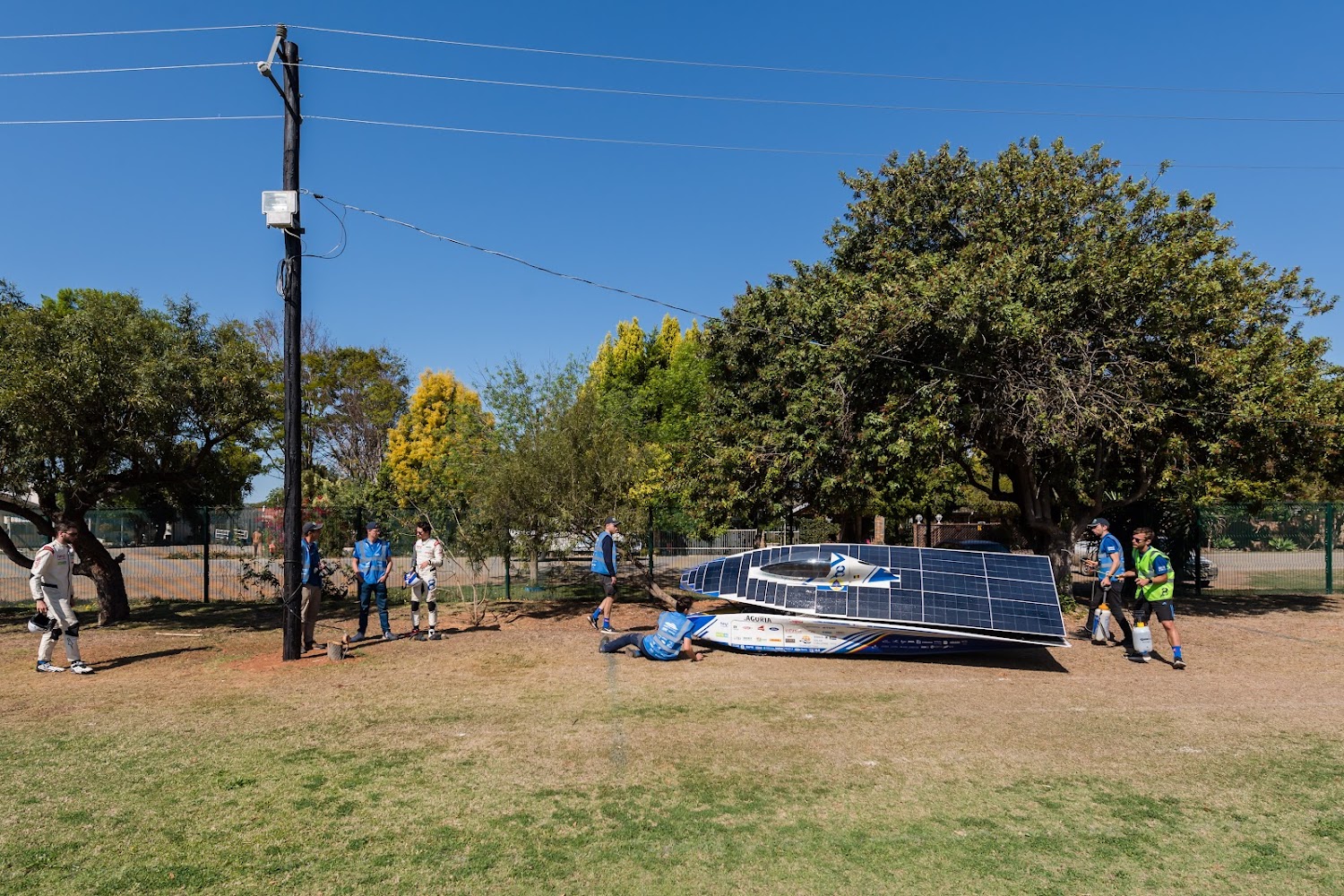 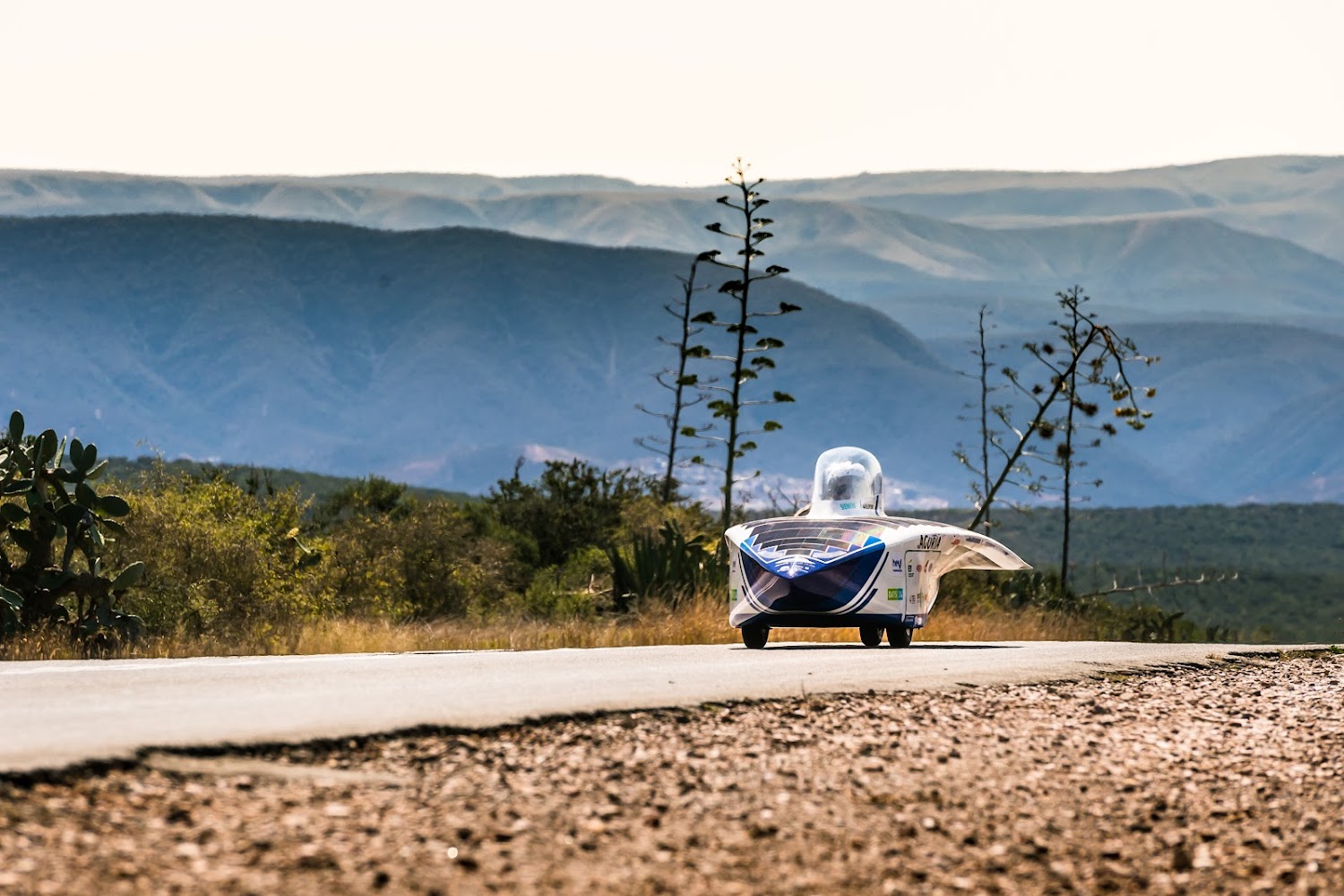 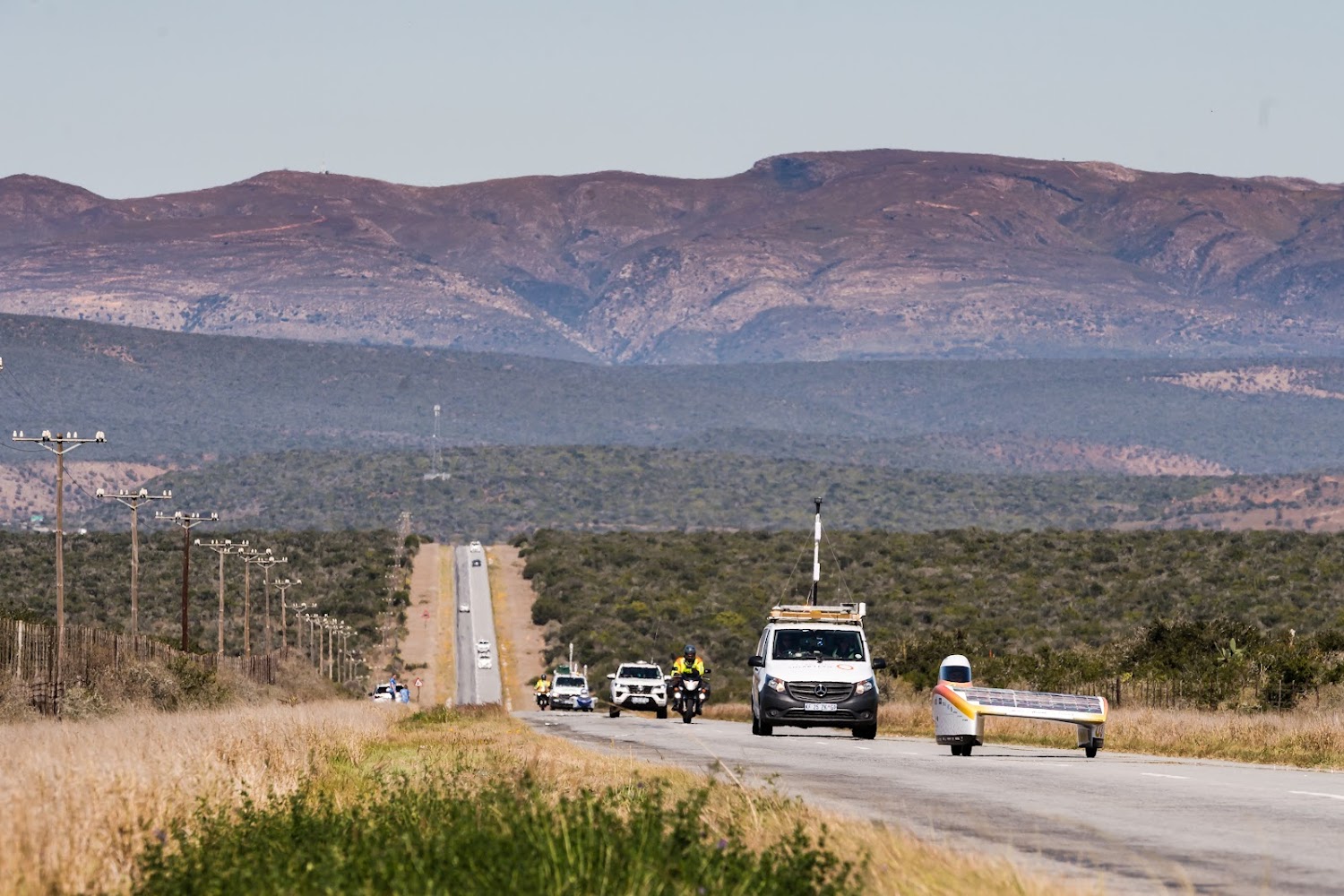