The Agoria Solar Team was able to cover 19 kilometres more today than their biggest competitor: the Dutch team from Delft. With this, they won the day's stage in the Sasol Solar Challenge. Tomorrow, the engineering students will compete one last time on South African soil. The students from KU Leuven hope to catch up and still win the race. It promises to be a thrilling final stage.

Due to the type of competition, strategy is very important in this race. After all, it is not the team that arrives first but rather the team that covers the most kilometres that wins. The varying South African landscape, unexpected roadworks and hectic traffic make it a major strategic challenge to determine the most optimal strategy. Teams determine their own strategy but also keep a close eye on their biggest competitor.

"The big difference in strategy between the Sasol Solar Challenge and other competitions lies in the fact that Sasol works with a distance-based ranking where in other competitions it is time-based. So that ensures that we also look a lot more at other teams to know how much distance they cover each day and then, in the worst case scenario, we can cover one more kilometre and even take the win."

Over the past three days, the Belgians were unable to overtake the student team from Delft for strategic reasons. During this stage, they succeeded. Today, the gap was reduced from 30 kilometres to 10 kilometres. By using their innovative fin, which allows them to sail on the wind, the team managed to finish earlier than their competitors from the Netherlands.

"After the Full Blind Stage, we still had 30 kilometres to catch up. We tried that immediately the first day after. Due to chaos, changes in the course, roadworks, we had not succeeded that day so today we tried that again. We got 20 kilometres closer. About 10 kilometres remain and we will try to catch them tomorrow."

Tomorrow, the students will arrive in Cape Town with their solar car. The engineering students hope to make up the 10-kilometre gap during the final stage. A minimal difference as more than 4,000 kilometres will be covered in total. The Dutch finished later than the Belgian team today. As a result, the Belgians may start nine minutes earlier tomorrow. This gives the Belgians the perfect opportunity to initiate the final sprint and eliminate the final deficit. The difference will be made in the small details. Every second counts.

"Now that we are so close with the Dutch, every detail counts. Every second counts. Today we did a pilot change under 40 seconds for the first time in the race, which is really impressive. We have to continue that line tomorrow. All procedures must be perfect. We cannot make any mistakes" 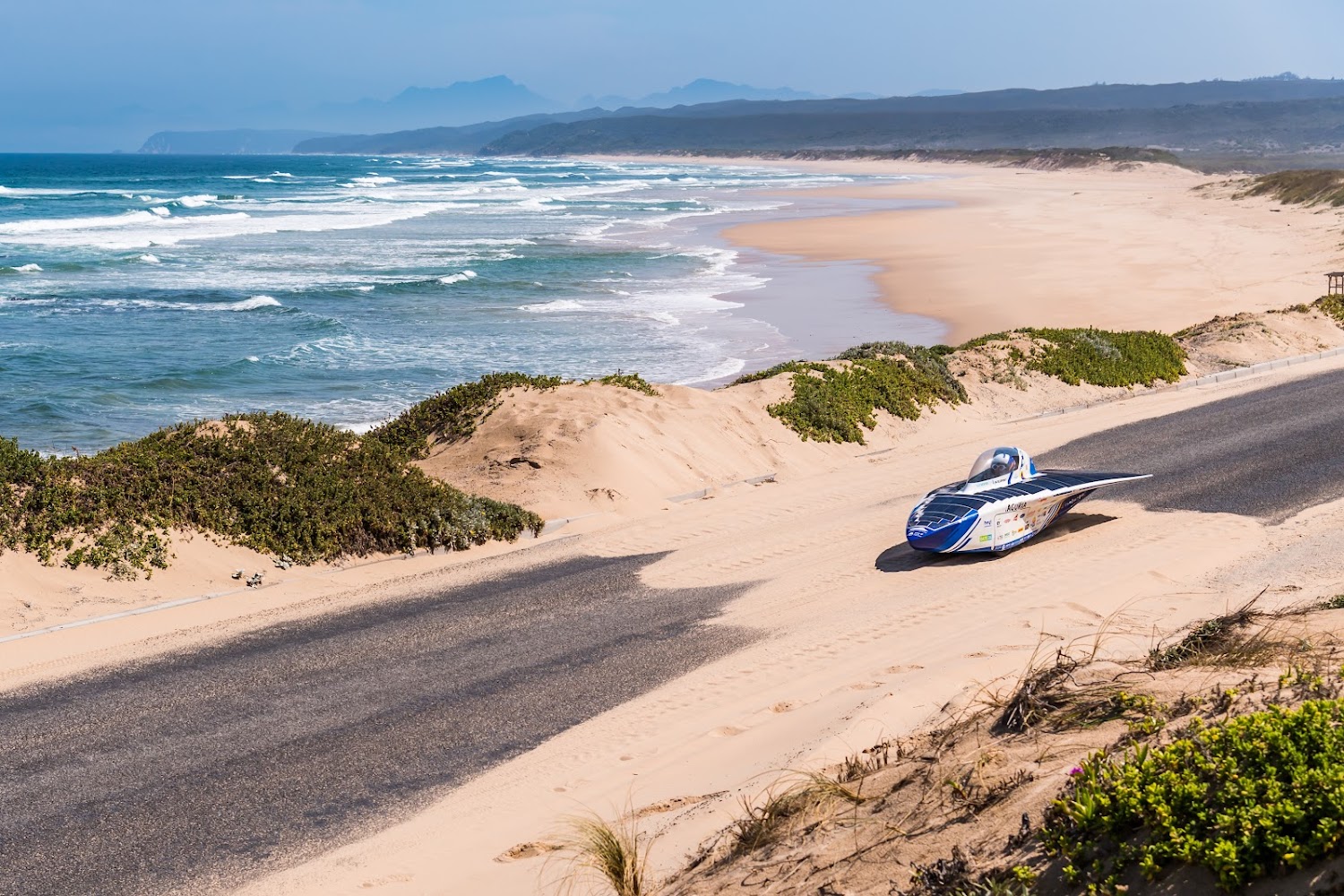 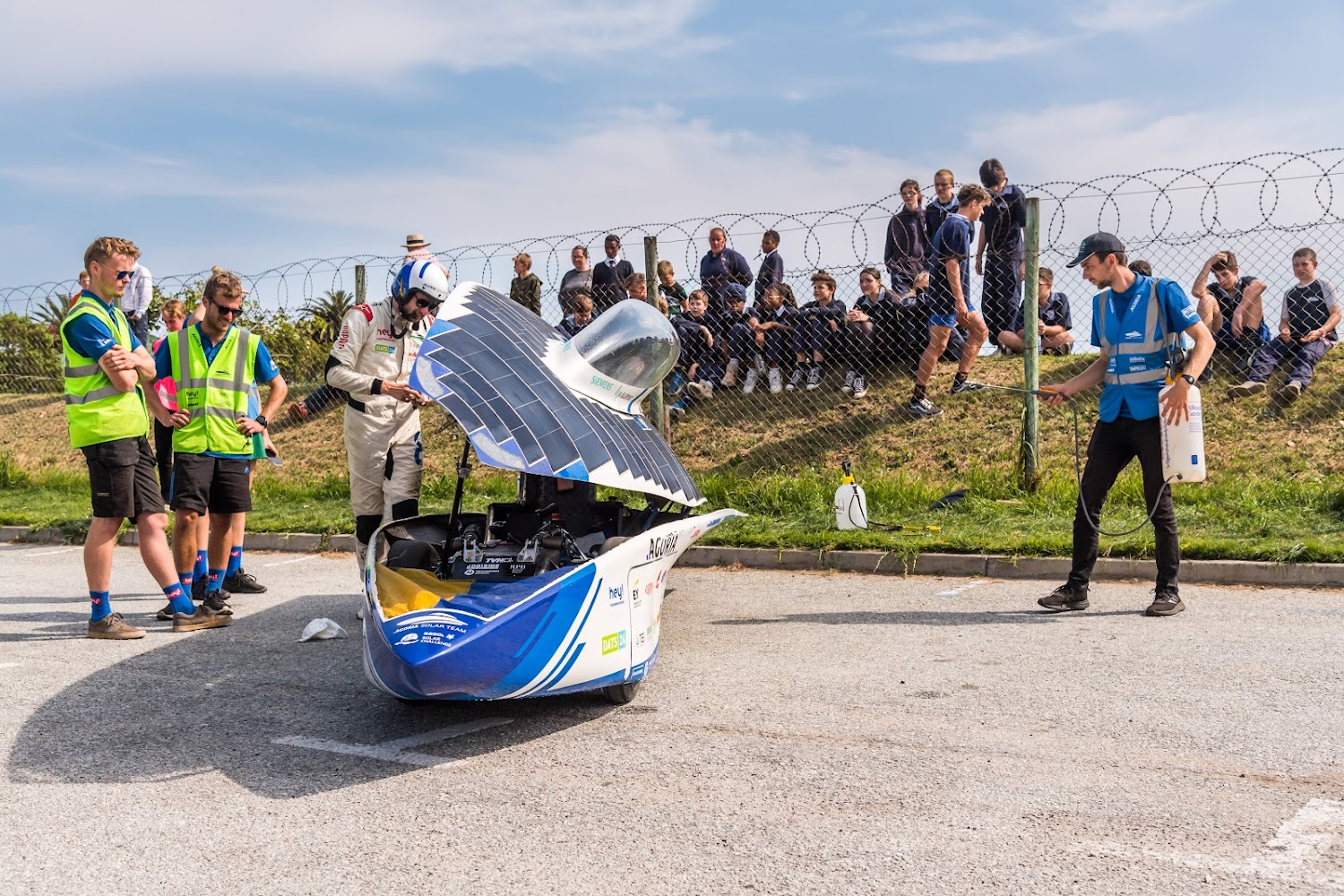 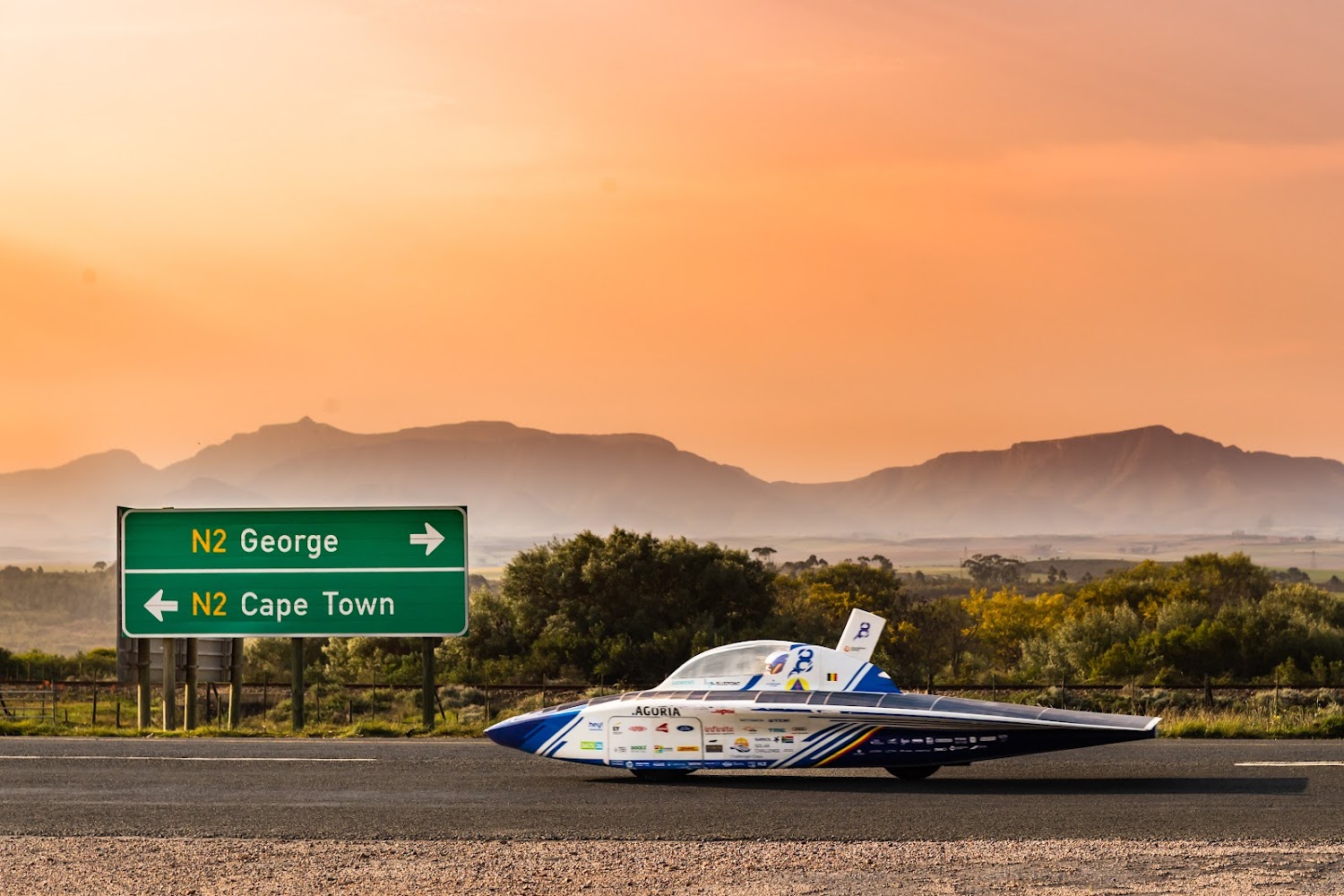 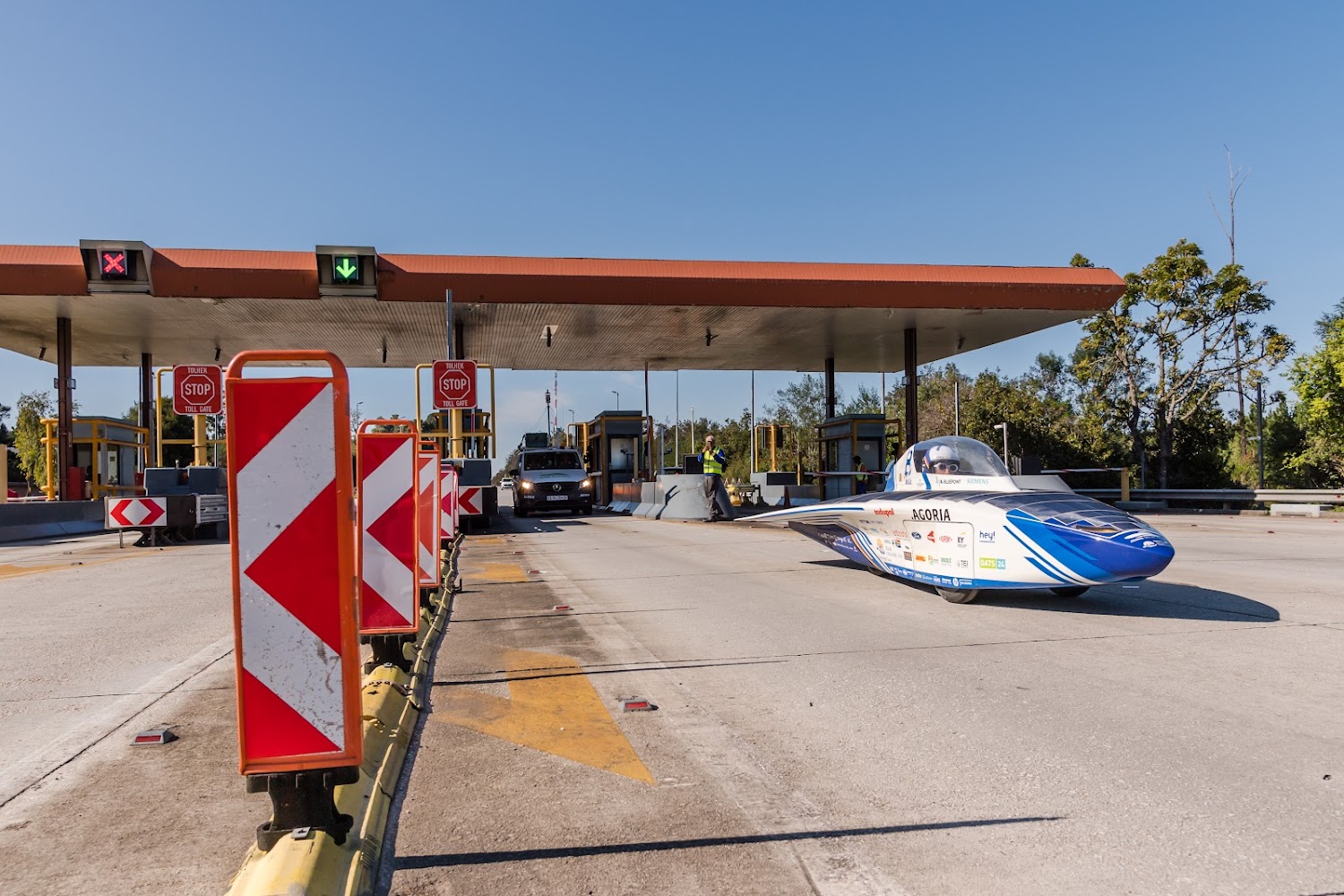 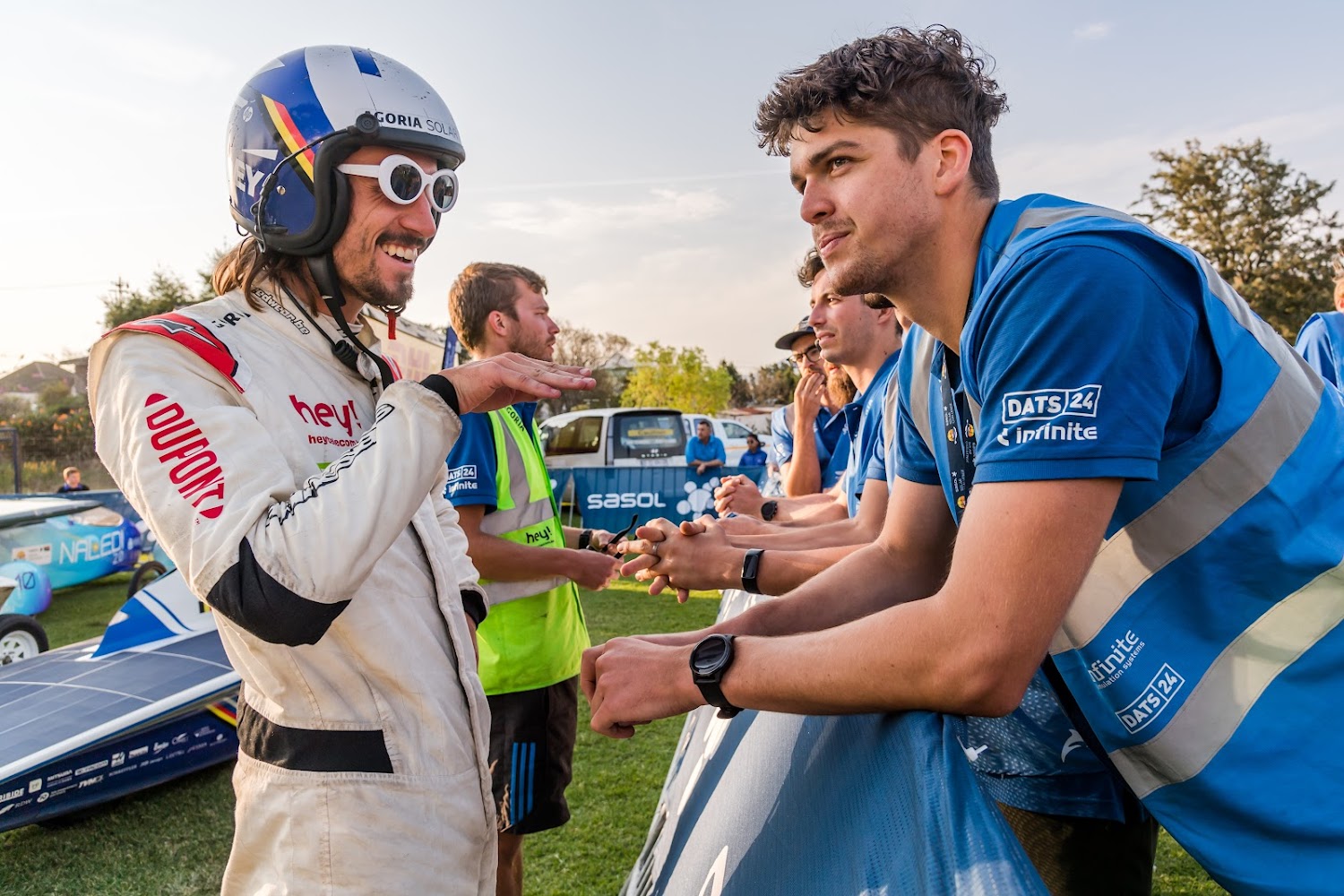