Today, the Agoria Solar Team has started production of the ninth Belgian solar car. The bar is set high, because with their previous solar car, the BluePoint, the Belgian team has won both the European and the world championships. The student team can again count on the support of the Indupol company in Arendonk, where the team will build the new solar car. Frank Jansen, managing director of Indupol, already placed the first building block of the car.

"I am very happy that we can start building the solar car today. After more than six months of design, I am very curious about the end result"
Kobe Lips (22), production manager of the Agoria Solar Team from Oud-Heverlee

Since the beginning of the summer, 20 engineering students in Leuven have been working on the design of a new solar car, with the main goal of defending the Belgian title at the biennial world championships in Australia in October 2021. The current pandemic and the severe travel restrictions in Australia meant that this race cancelled earlier this year. The cancellation of the race was a major setback for the team, but it also created the opportunity to look for a new challenge together with solar teams from other countries. Next month, the Leuven student team will announce their summer plans.

"Where we will prove our performance this autumn will be announced very soon. I can already say that, just like every year, we will go all out for the win."
Victor Verhaert (22), team manager of the Agoria Solar Team from Edegem.

Off to a good start!

In the coming months, the team will work hard on the new car within the walls of Indupol in Arendonk. Thanks to the existing infrastructure and extensive expertise of the company, the 20 students can count on a lot of support in the production of the car. Managing director Frank Jansen proudly opened the production hall and helped the team on its way by installing the first carbon layer of the solar car. What the brand-new solar car will look like remains a secret for a while, it will be presented for the first time in July 2021.

"I am very pleased with the collaboration. I am pleased that we can work with a team of young enthusiastic people here to build a new solar car that looks promising."
Frank Jansen, managing director of Indupol 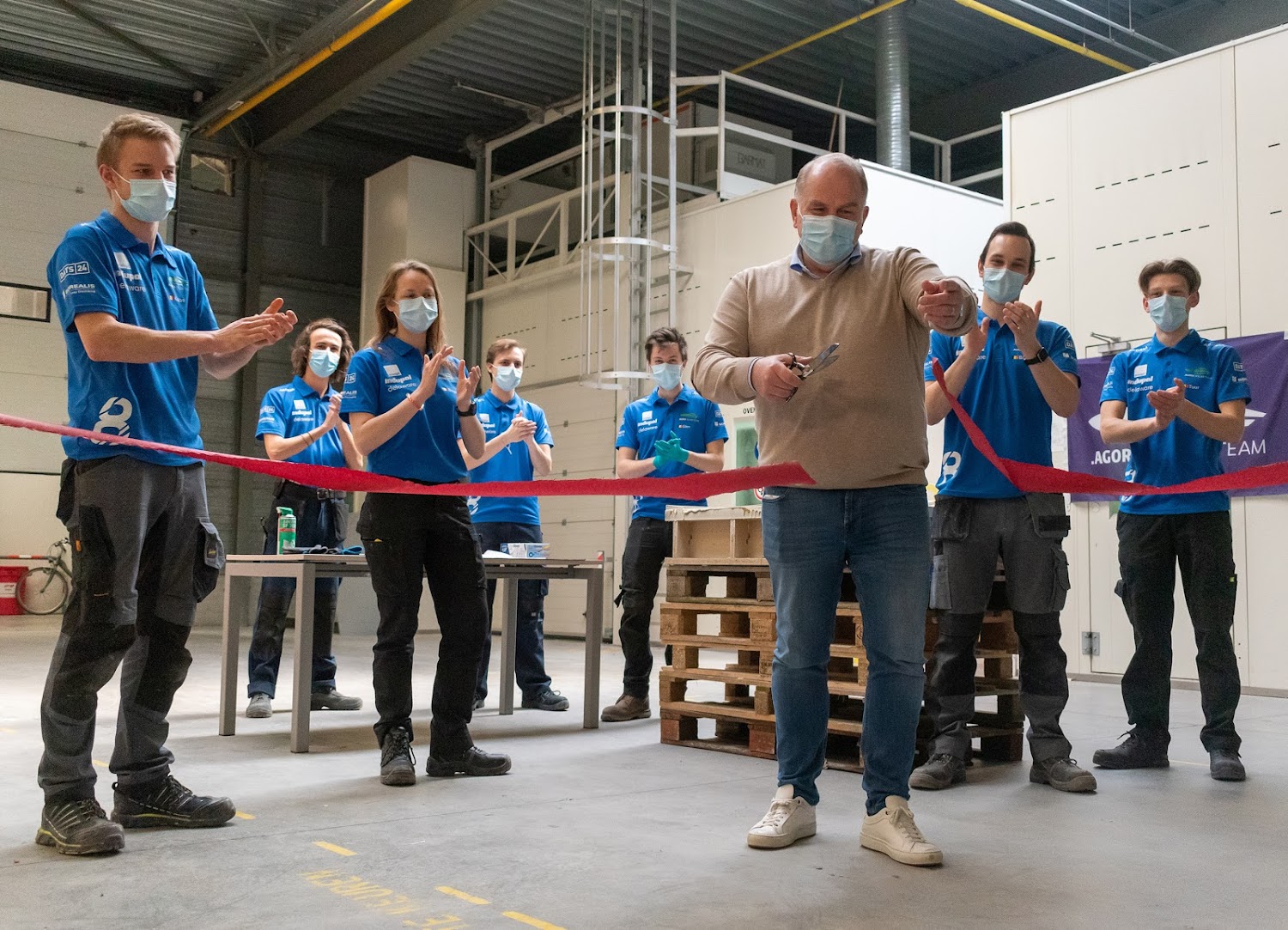 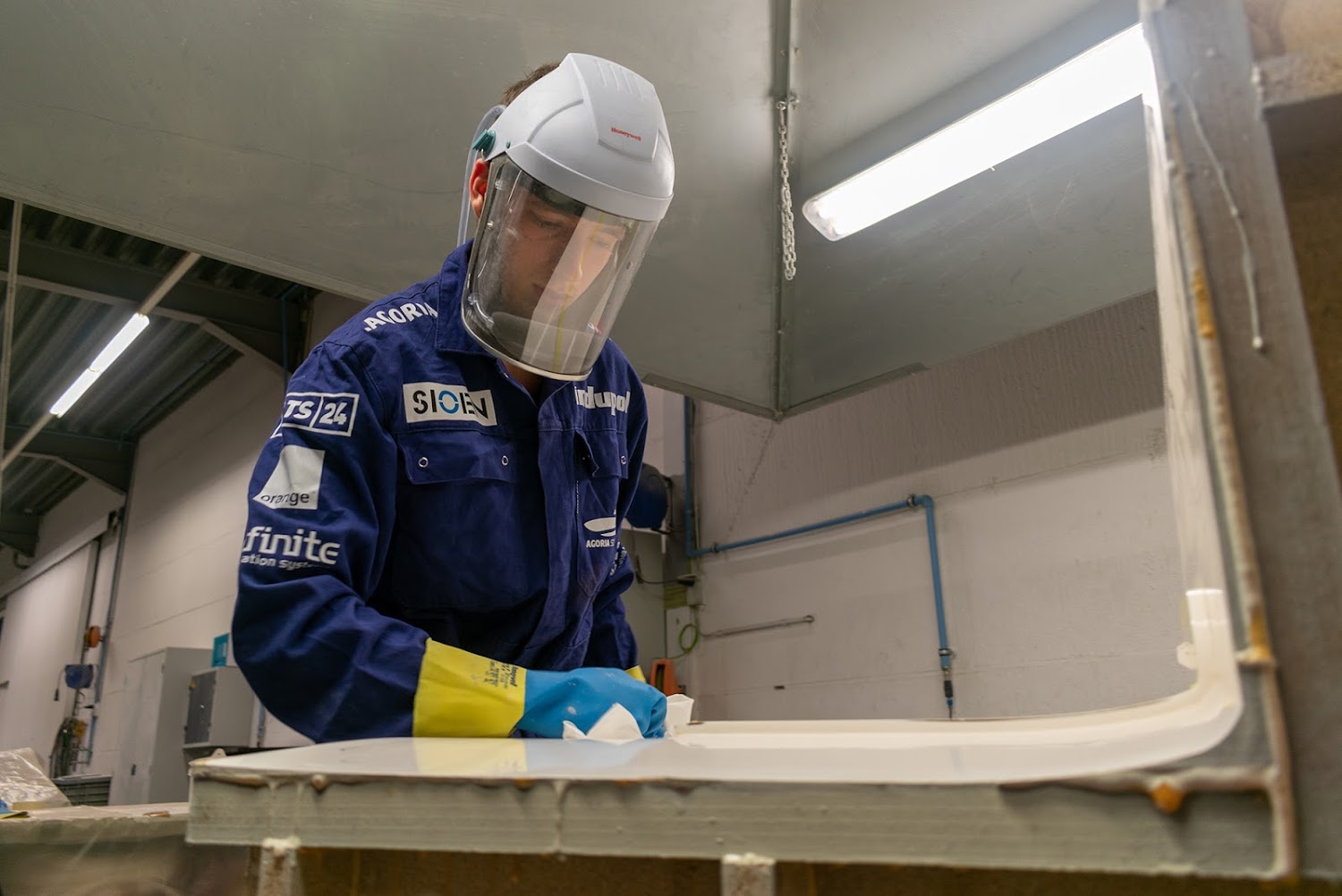 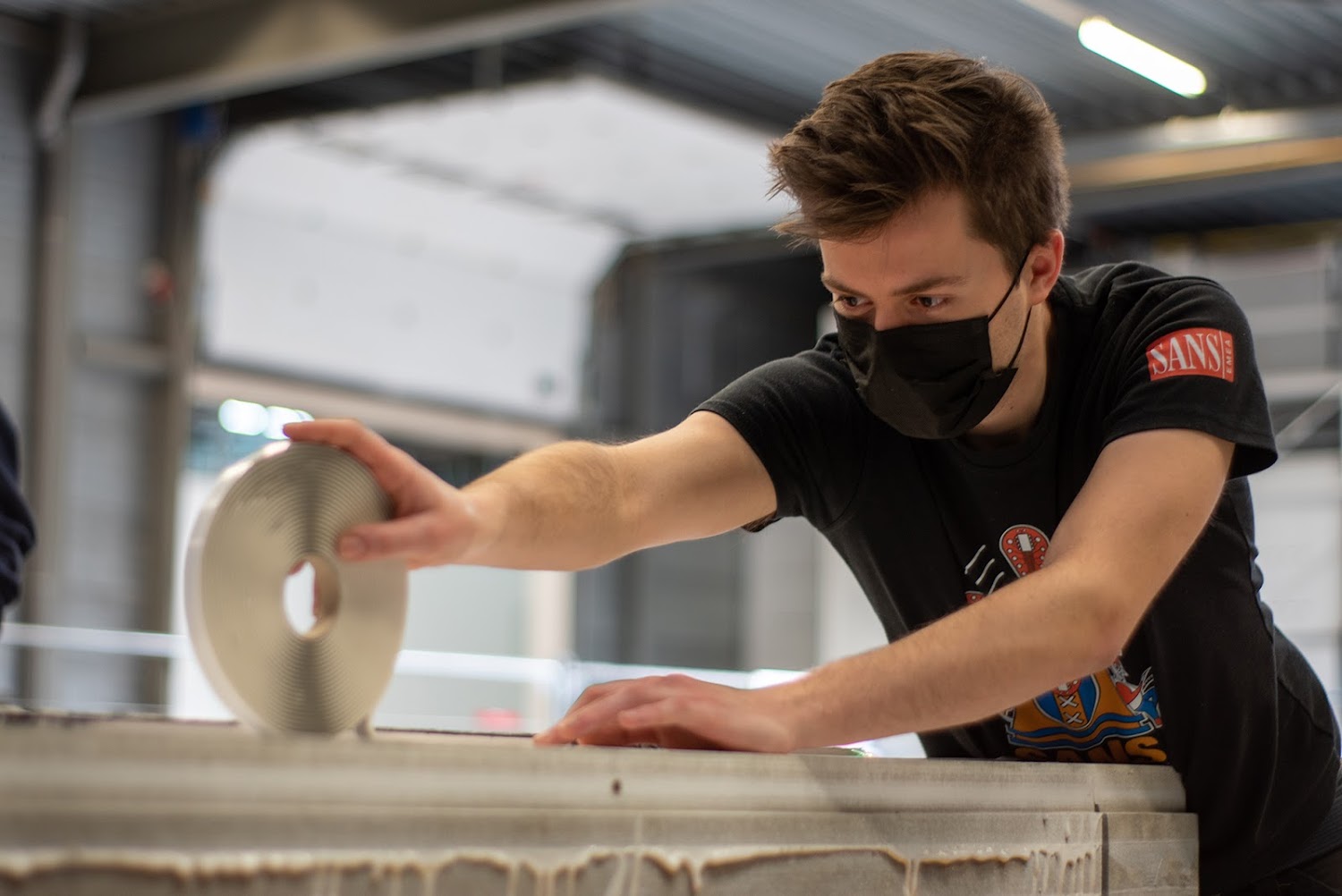 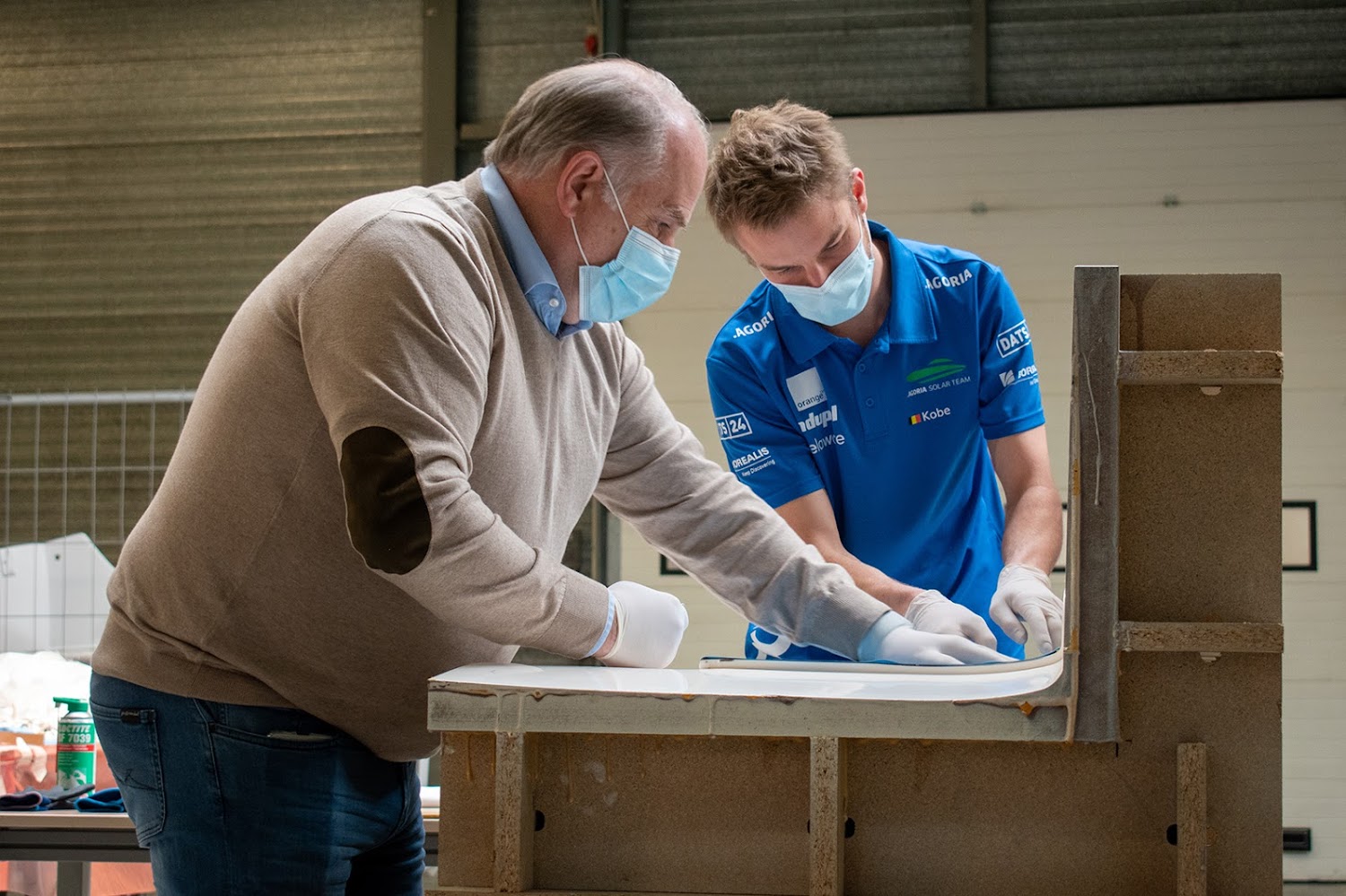