The Punch One was the first catamaran-shaped solar car by the Belgian Solar Team. By placing the pilot on the side of the car, the frontal surface area was decreased drastically, allowing a great increase in efficiency of the solar car. 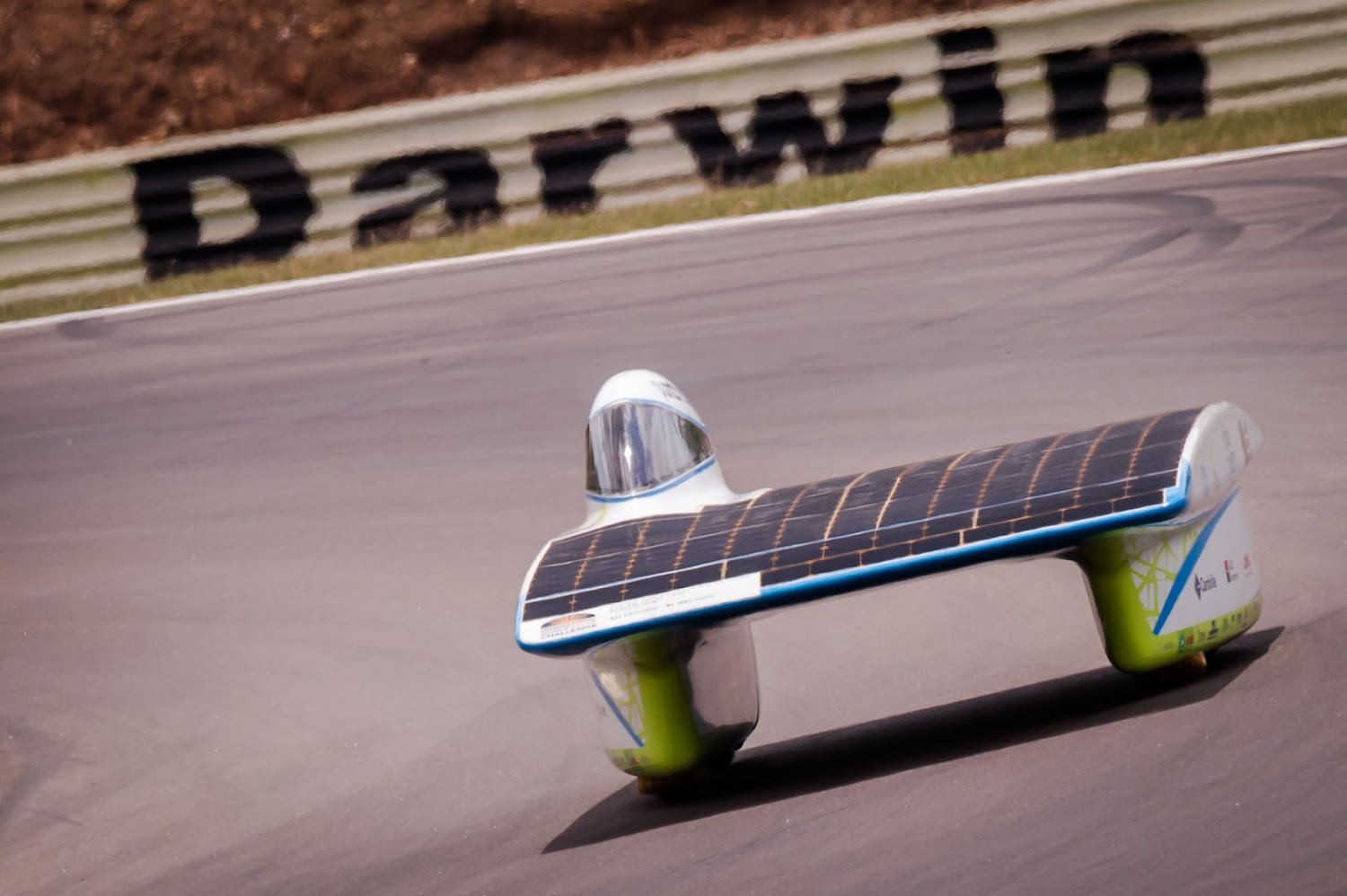 During the 2018 iLumen European Solar Challenge, the Punch One had a heads on collision with a solar car that was stationary on the track. The conditions were difficult: heavy rain in the middle of the night, and the solar car had issues with its electronics and so no headlights. After the initial shock of the team and the driver, the car was temporarily fixed with tools were available on the spot, which happened to include ductape - an engineer's favourite. The car was later repaired and restored to its original state.