We don't build a car, we create the Future

The Umicore One is the very first Belgian solar car and was built between 2004 and 2006. The car took part in one solar car race, namely the World Solar Challenge of 2005 where it finished tenth out of 22 participants.

As the race regulations of 2005 allowed solar panels to be used on all sides of the car, the Umicar One also featured solar cells on the wheel covers, allowing every ray of sunshine to be used during the race.

The Umicar One's frame is made out of aluminum, which resulted in a robust car with a relatively high total weight. In later solar cars, the supporting structure was worked in the carbon fiber body of the car to reduce weight. 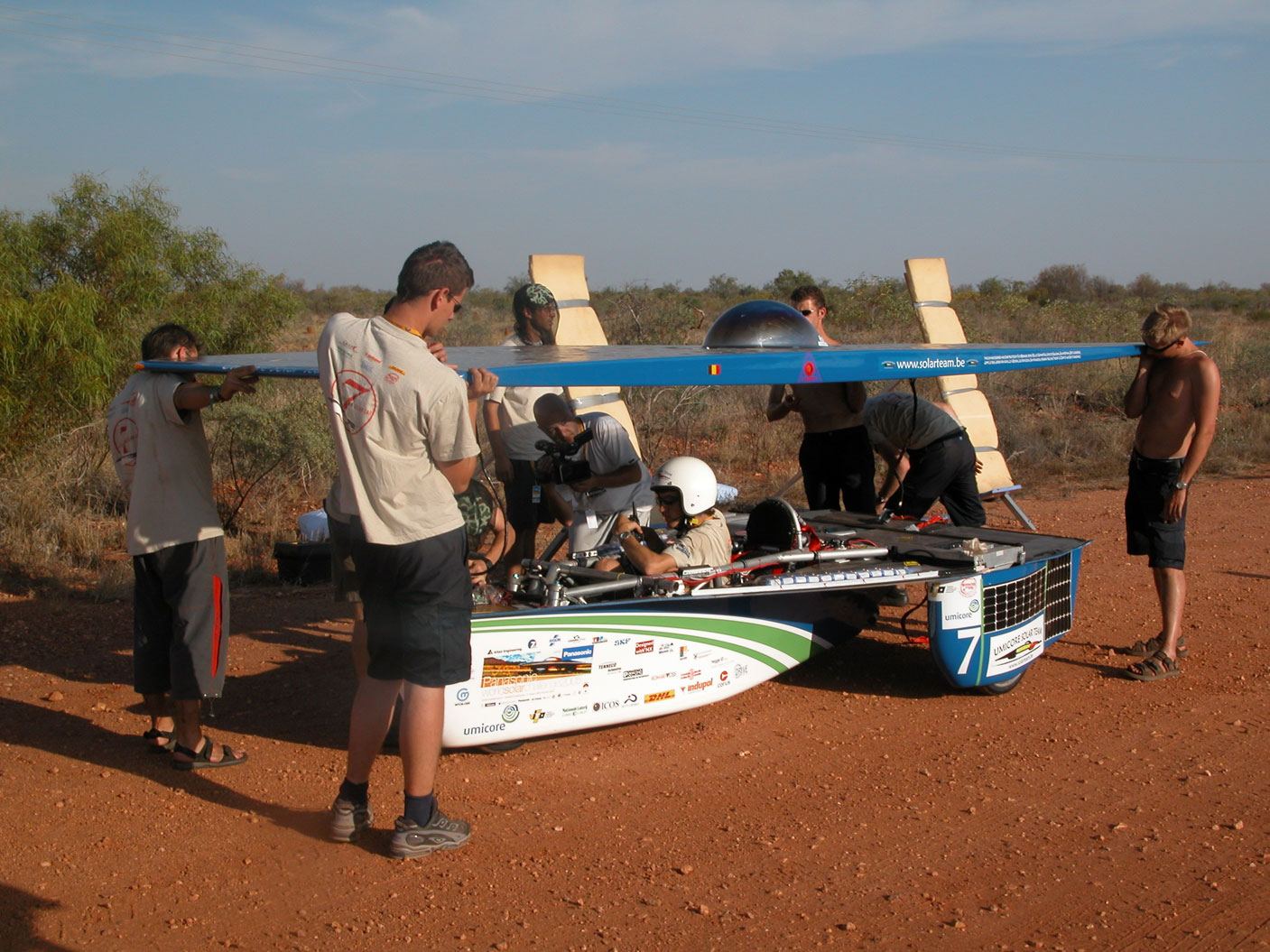