Tuesday, October 26 - The Agoria Solar Team was the first to set off this morning on the longest and most mountainous stage of the Solar Challenge Morocco. The KU Leuven student team finished two minutes behind the Dutch competitors from Twente. The first place in the standings remains intact after yesterday's victory.

Competitors are chasing the team

The Belgian Solar Team started the second stage of the Solar Challenge Morocco first this morning. On the first day, the  students had built a 17-minute lead over the team in second place. With a bright sun and not a cloud in sight, the solar cars drove in their natural habitat. But it soon became apparent that the Dutch opponents were in hot pursuit.

From the Atlas Mountains to the desert

Today's stage was the longest and most challenging of the five days in Morocco. With 1628 altimeters and a lot of steep slopes, the participating solar cars were severely tested. The BluePoint Atlas, succeeded without any problems in being the front runner through the altitude differences. The Atlas Mountains were followed by a long drive towards Merzouga, a village in the heart of the Moroccan Sahara. 50 kilometers before the finish, the Dutch Solar Team from Twente caught up with the solar car. In the end, they reached the finish line first. The team finished 7 minutes later, but retained first place in the general classification after the victory on the first day.

"The feeling is actually pretty good. We rode our own pace nicely because we had a planned speed in advance for the strategy. The first 500 kilometers Twente was 3 minutes behind us and we were always riding the same pace. The last 50 kilometers they suddenly started to speed up and made up the 3 minutes. Before the finish line they passed us. Of course it's never a good feeling when your opponent overtakes you, but we remained very calm. We did not get carried away to drive faster, but just kept our strategic speed. In the end, they finished 3 minutes ahead of us, but we are still over 11 minutes ahead."

Maarten Vanierschot, professor at KU Leuven and coach of the Agoria Solar Team

The Solar Challenge Morocco has five stages with a total distance of 2,500 kilometers. Tomorrow, Wednesday October 27, the team will start second in the third stage of the race. The solar cars will drive a big loop of 527 kilometers in the Moroccan Sahara with strong winds and sandstorms. The team is confident in their strategy for the coming days. It is believed that it is good enough to keep the Dutch competition behind. 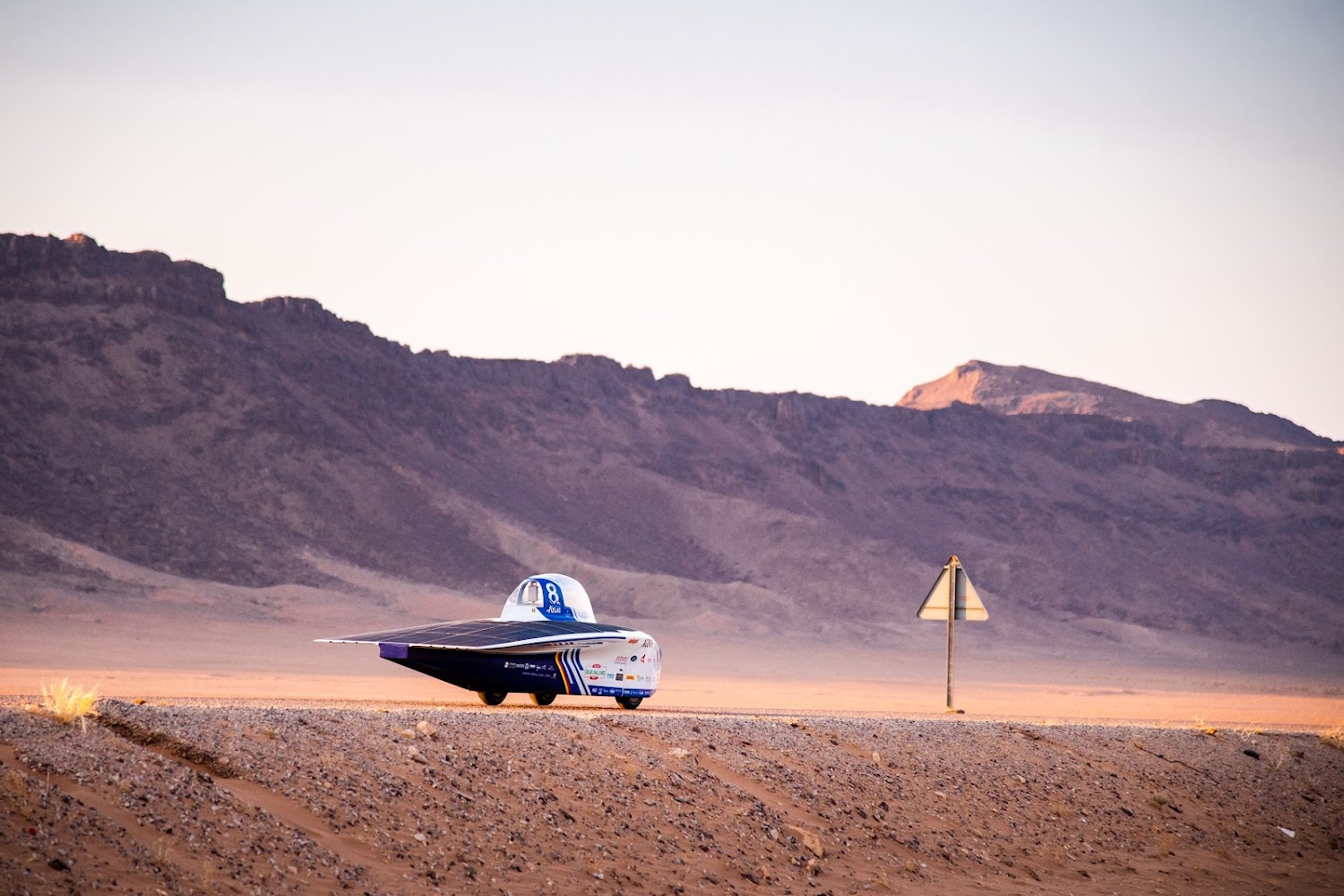 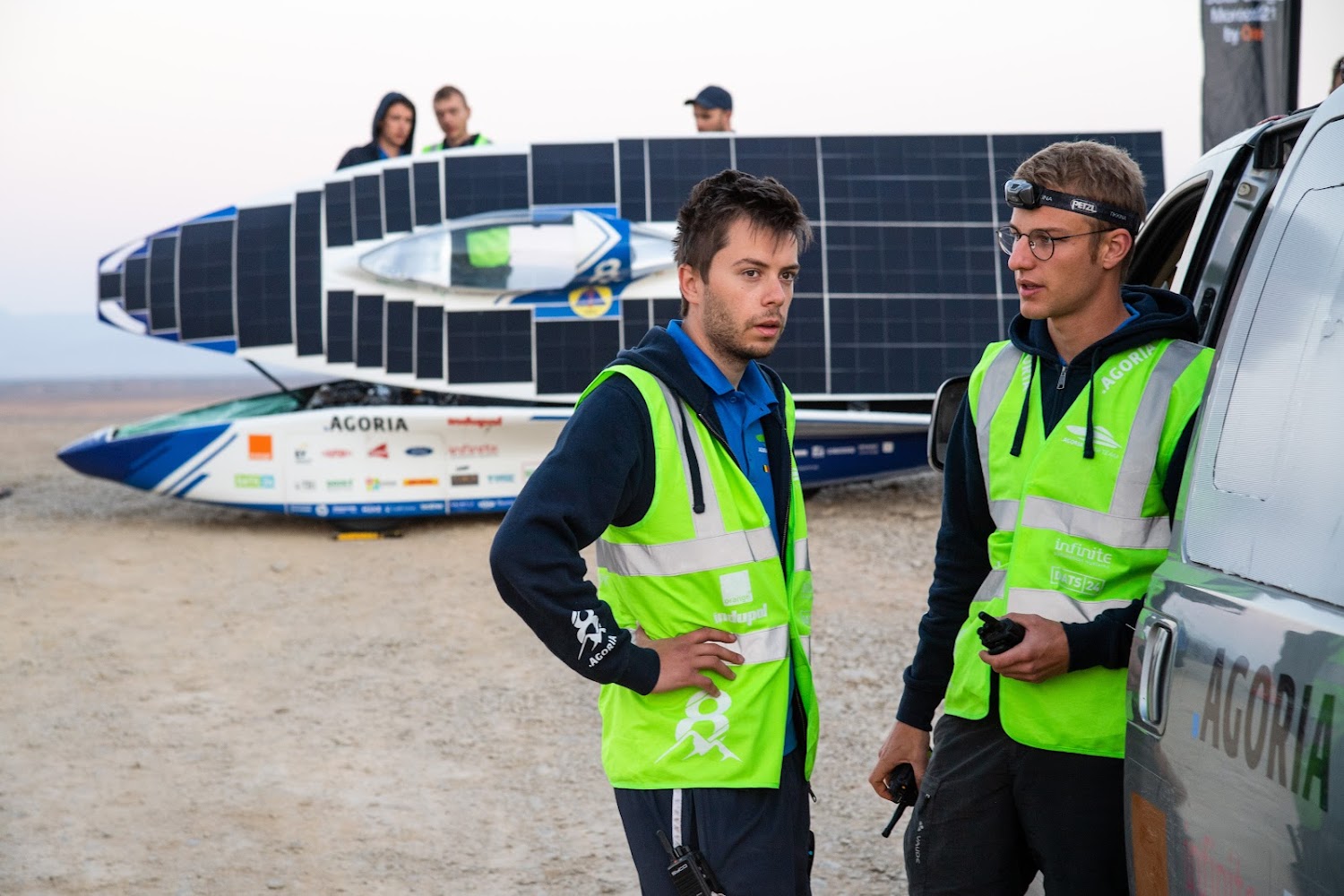 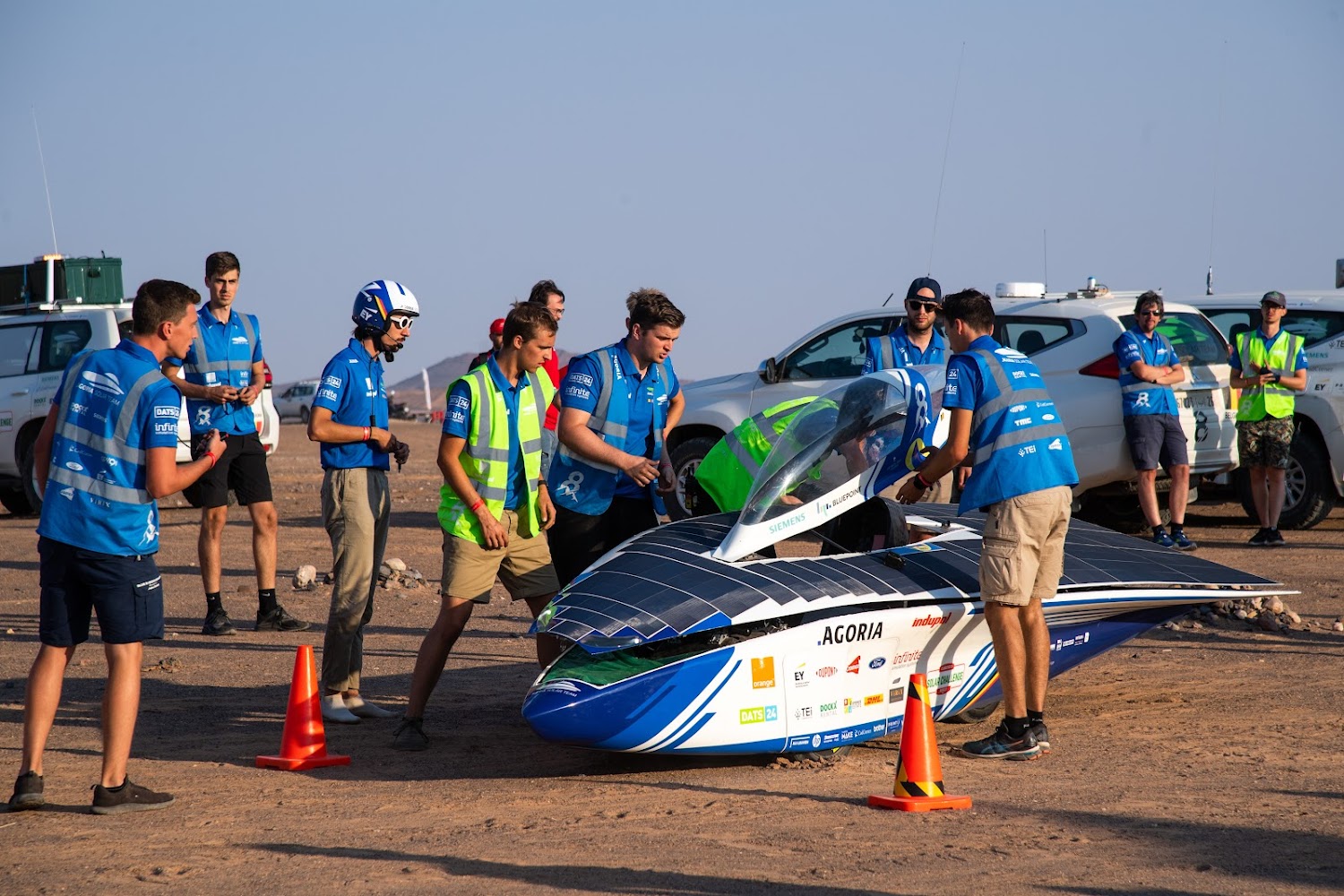