The Agoria Solar Team has proudly presented their new solar car in front of the Afrikamuseum in Tervuren. 20 ambitious engineering students from the KU Leuven University unveiled the high-tech car they have designed and built over the past year. Noteworthy? The solar-powered car has only three wheels and a unique streamlined bullet shape.

The Agoria Solar Team builds a completely new solar car every two years to demonstrate the strengths of renewable energy and the latest technologies. Pilot Birgitt Peeters drove the first meters with the new solar car, named BluePoint Atlas, past the Africa Museum in Tervuren today. A fitting location since the Solar Team will participate in an international racing challenge on the African continent for the first time this fall. The bar has been set high for the Belgians, as their previous 2019 solar car saw the team become both European and World Champions.

Three wheels and a pointed nose

The now ninth Belgian solar car has been improved and optimized in several areas compared to its predecessors. Most notable is the choice of a pointed nose shape. This streamlined shape ensures minimal air resistance during driving, which ultimately results in greatly reduced energy consumption of the solar car.

In addition to its unique car shape, the BluePoint Atlas also has one wheel less than previous solar cars. The advantage of a three-wheeler is the reduced contact surface with the ground which results in less friction. To improve stability while driving, the solar car has two wheels in the front and one central wheel in the back.

A new challenge in the Sahara

under normal circumstances, the Belgian team would defend their title this fall at the World Championships in Australia. However, due to the corona pandemic and the strict safety measures in Australia, the challenging trip through the Outback will not take place this year. A setback for Solar Teams from around the world who quickly joined forces to look for a new challenge.

In October 2021, the Agoria Solar Team will participate in the Solar Challenge Morocco, a brand new solar race across the Moroccan Sahara. Student teams from universities around the world will compete against each other in a 2,500 kilometer drive along the foothills of the Atlas Mountains. It is also after this mountain range that the new solar car, the BluePoint Atlas, is named.

Click here for technical information about the new solar car

Click here to donwload images of the new solar car 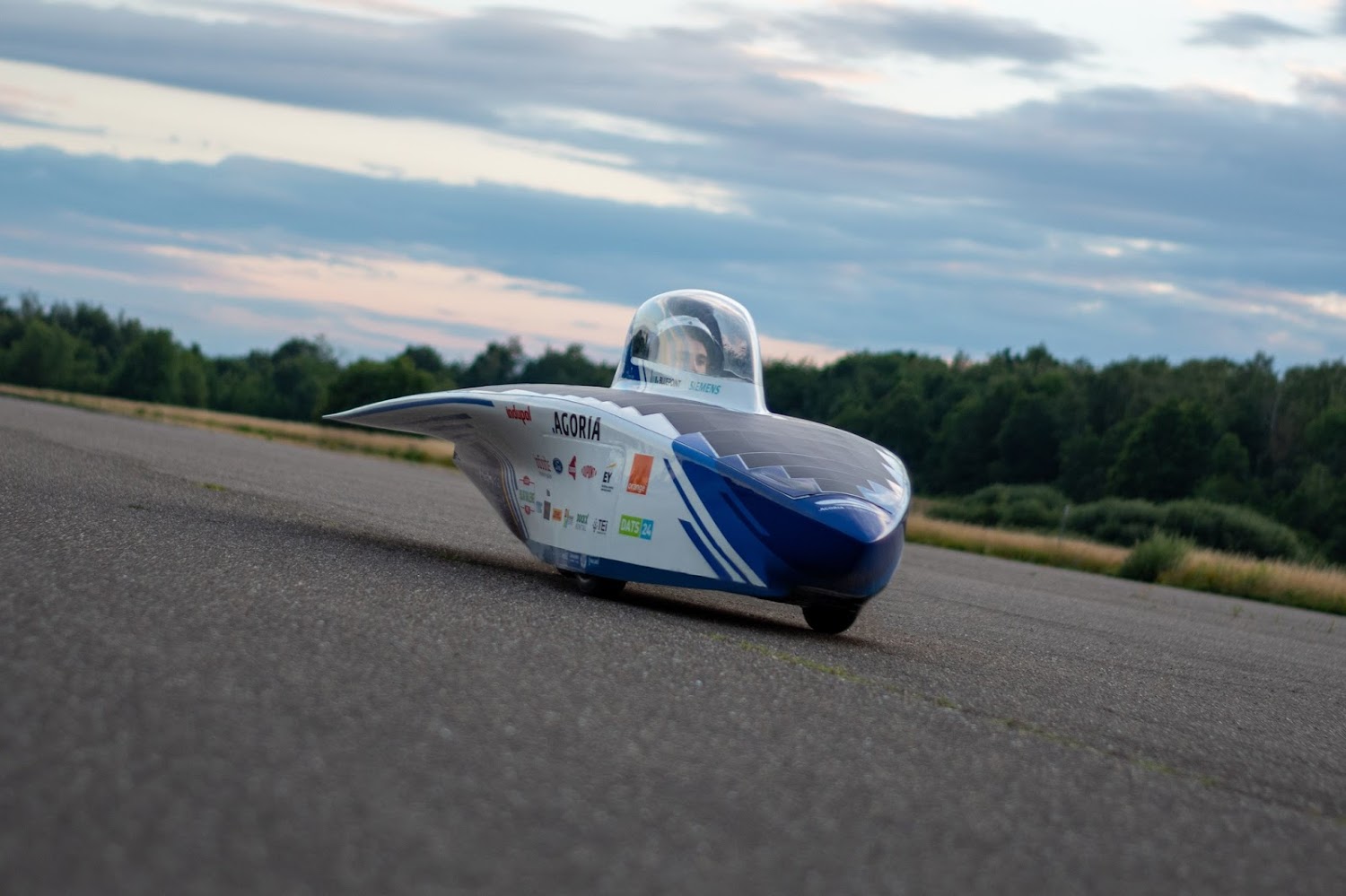