Thursday, October 28 - The Agoria Solar Team strengthened their second place during the penultimate stage in Morocco. The storm of the night before caused additional obstacles on the already challenging course. Tomorrow is the last chance for the team to catch up with the Dutch competitors.

Straight through the water

Yesterday evening, the team members were busy preparing for the next stage when, out of nowhere, a storm blew in. The tent that the team had set up as a workshop was clamped down with all hands to prevent it from being blown away by the strong wind. Fortunately, the solar car was unharmed and was ready in time to start the fourth stage today. However, the storm had caused a lot of roads to flood. This was also the case on the route, which meant that the solar car had to brave large puddles. The solar car is waterproof, so the floods were no problem for the team. It was a bit of a shock to see the solar car, which is only 1 meter high, drive through the water.

"During the storm last night there was a lot of rain which was also noticeable during today's stage. We often had to drive with the solar car through water on the roads. With the cars in front, we looked at how the solar car could best drive to minimize the impact of the water." 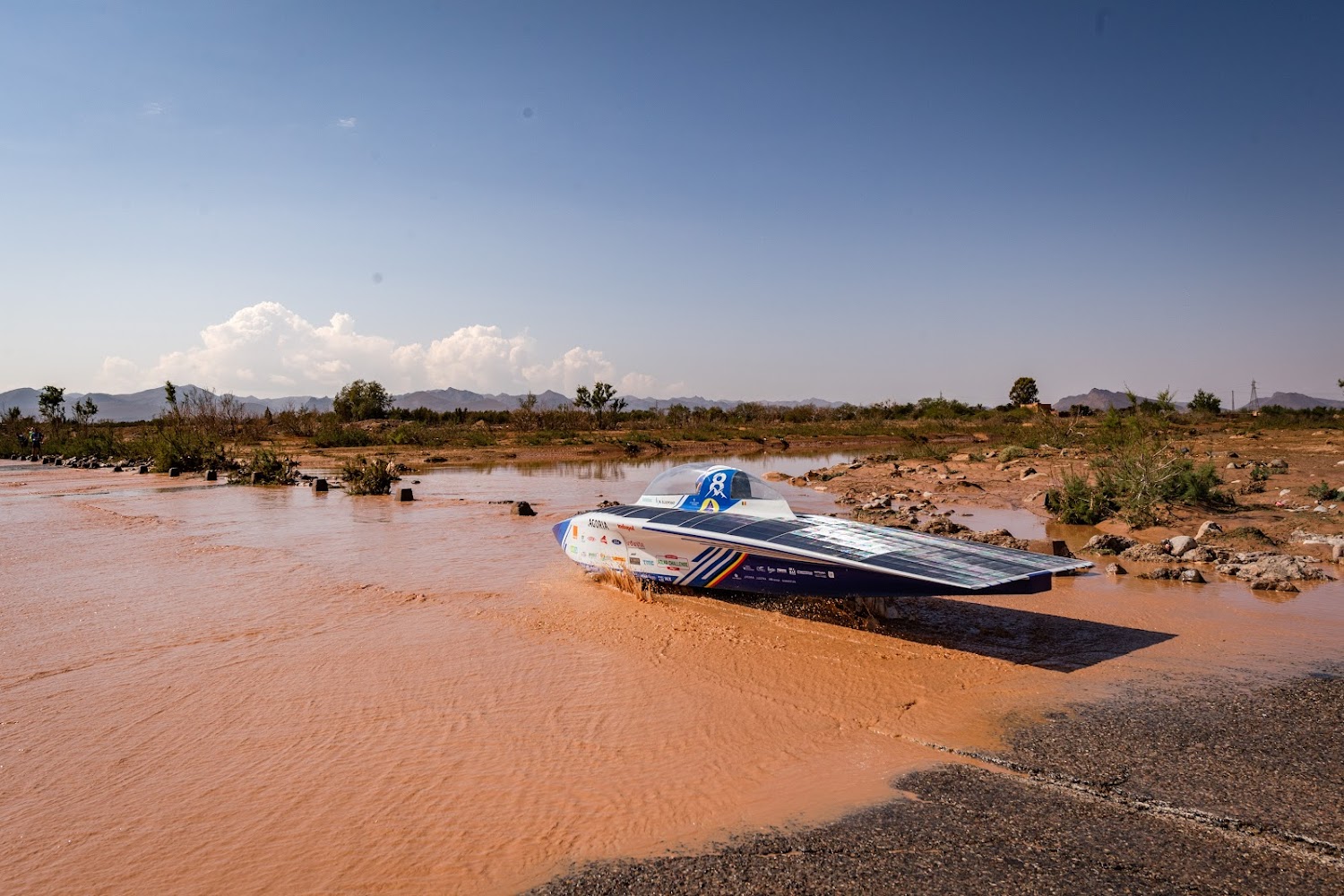 Due to the rain, a lot of roads were flooded.

The Agoria Solar Team started the fourth and penultimate stage of the Solar Challenge Morocco this morning. On the program was a ride of 449 kilometers and 1064 altimeters towards the interior. A hilly course along many villages without paved roads. The students left this morning with the aim of reducing the gap on the leader. Despite a higher speed, the team finished today 13 minutes behind the Solar Team from Twente, good for second place. In third place followed the student team from Delft with a gap of more than two hours. The Solar Teams from Germany and Sweden did not manage to complete the previous stages. This shows once again how challenging the race in Morocco is.

Tomorrow the participants will start the fifth and final stage of the race in Morocco. The solar cars will travel another 456 kilometers before they reach the finish line in Agadir, a port city in western Morocco. It is the last chance for the team to catch up and still have a chance at first place. The team remains hopeful and will do everything possible tomorrow to give the best possible performance.

"Today was a very exciting day. We were neck and neck with the Solar Team from Twente the whole stage and we have also been able to strengthen our second place. Tomorrow promises to be very exciting, hopefully we can still catch up with the Dutch." 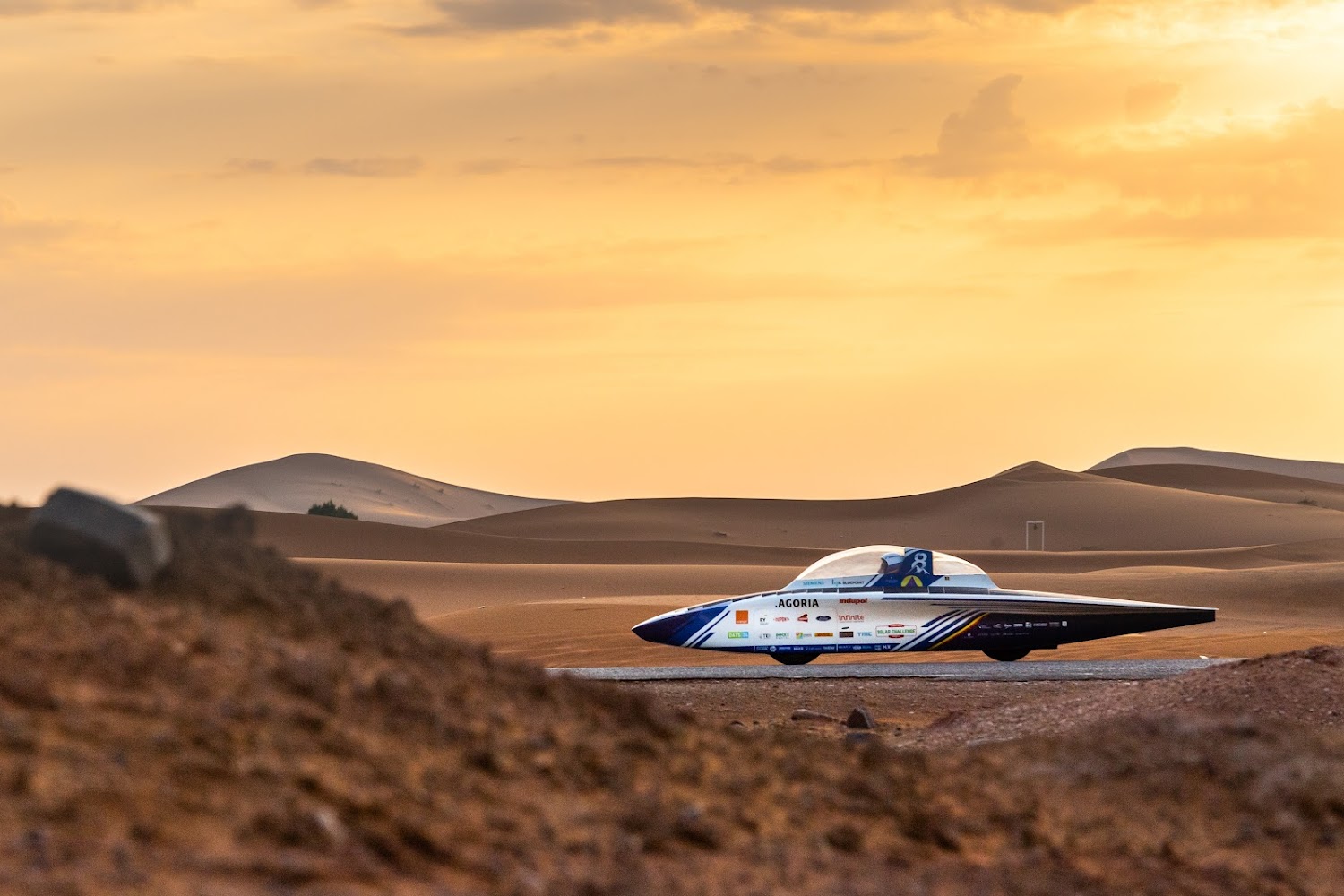 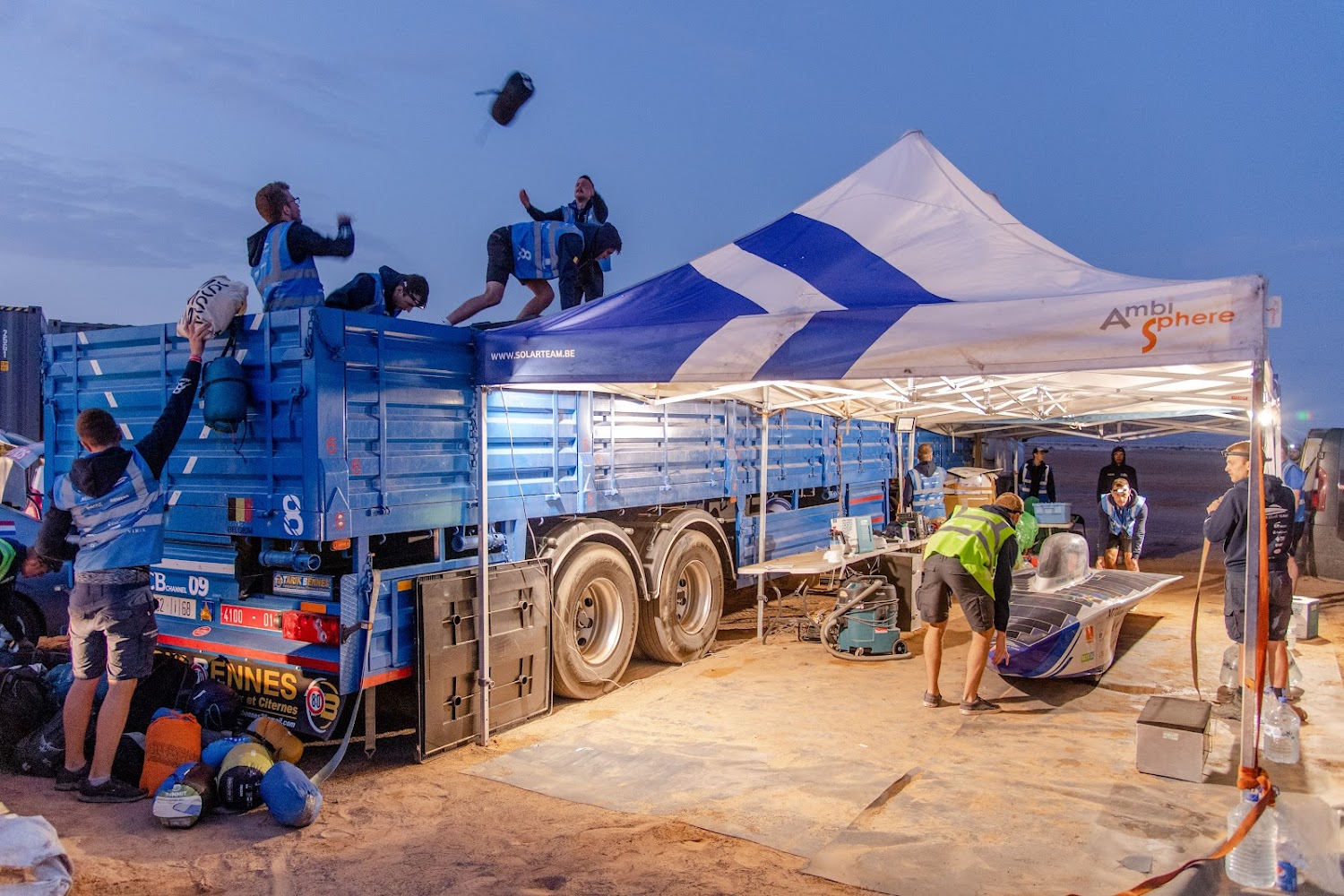 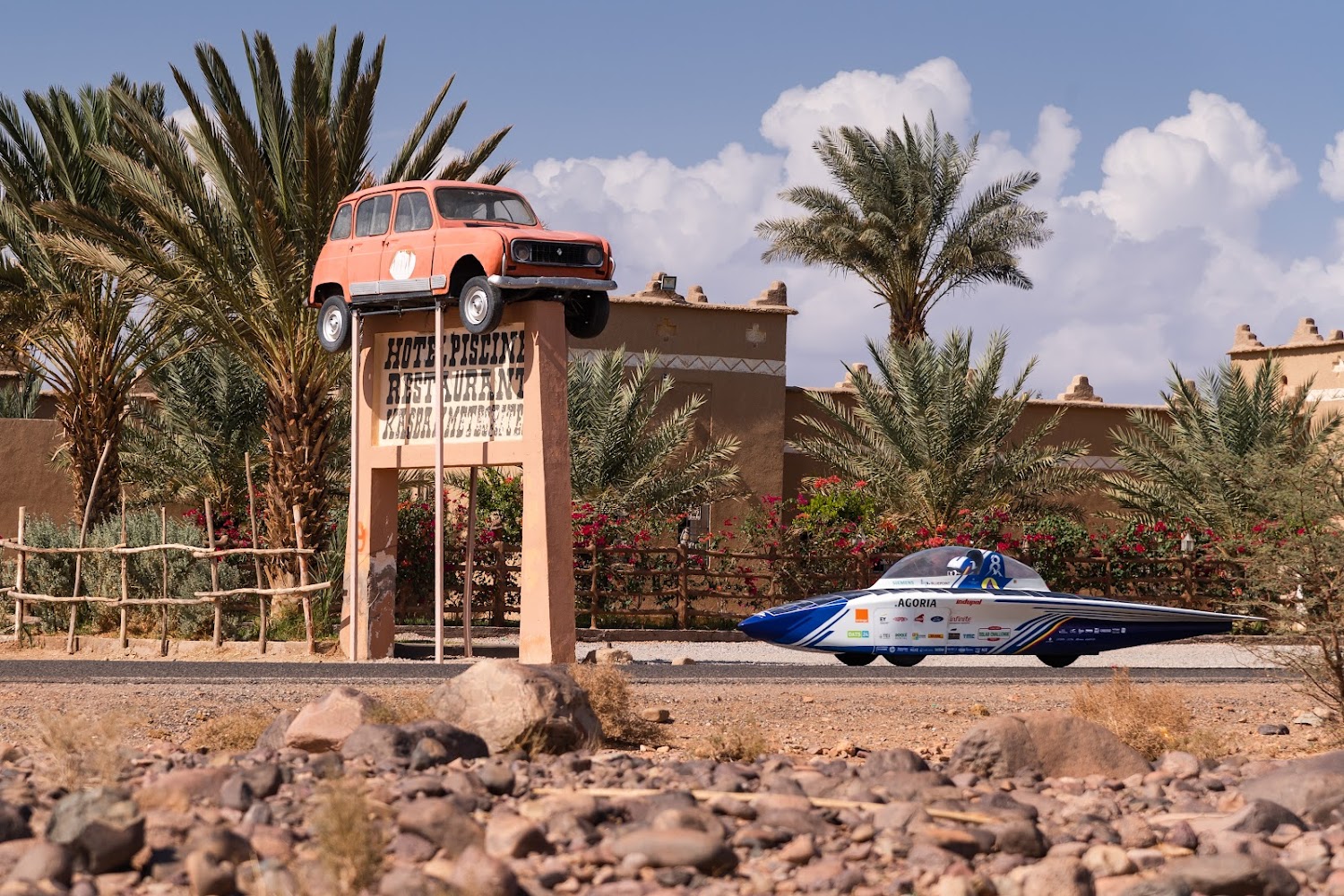