The Agoria Solar Team started third in the Solar Challenge Morocco in the morning of monday 25 october 2021. The KU Leuven student team was soon able to overtake the Dutch competitors in the hectic Moroccan traffic. The team was also able to maintain its first place during the tough climb in the Atlas Mountains.

The Belgian solar car named BluePoint Atlas started third on the 2,500 kilometer journey. Only the Dutch Solar Teams from Delft and Groningen were able to start earlier from the soccer stadium in Agadir. First the team had to drive safely out of the city center. This is not so obvious because of the hectic Moroccan traffic with many traffic circles and traffic lights. Thanks to excellent preparations and teamwork, the accompanying cars managed to overtake the Solar Team from Delft. Not much later the team also passed the Dutch solar car from Groningen. This meant that the Agoria Solar Team was soon in the lead.

This was followed by the tough climb to an altitude of more than 1,800 meters in the Atlas Mountains. This was a tough challenge that put every solar car to the test. Thanks to its powerful engine, the BluePoint Atlas managed to reach the top of the climb smoothly. Then followed by a long descent with many hairpin bends. Here, too, the team was able to maintain their first position. Aside from a dromedary that blocked the road for a short time, the Belgian team continued to ride flawlessly in front position until the finish of the first stage. The Team finished the day with a 17 minute lead over the Solar Team from Twente.

"Today was the start of the Solar Challenge Morocco. It was immediately an exciting day because today the first and most steep climb was scheduled. It was a great relief the moment we reached the top. This gives us a lot of confidence for the coming days."

The Solar Challenge Morocco has five stages with a total distance of 2500 kilometers. The coming days will be very exciting because of the unpredictable weather and the tough climbs that still follow. Tuesday, 26 October,  the Belgian team will be the first to start the second and longest stage of the race. The solar cars will drive from Zagora to the desert village of Merzouga, a drive of 548 kilometers and 1628 altimeters. The team is doing everything it can to maintain its first position.

"It was super exciting to be able to drive the solar car for the first time in Moroccan traffic. It's a fantastic feeling to arrive first on the first day. The next stages will definitely be exciting, I'm looking forward to it enormously." 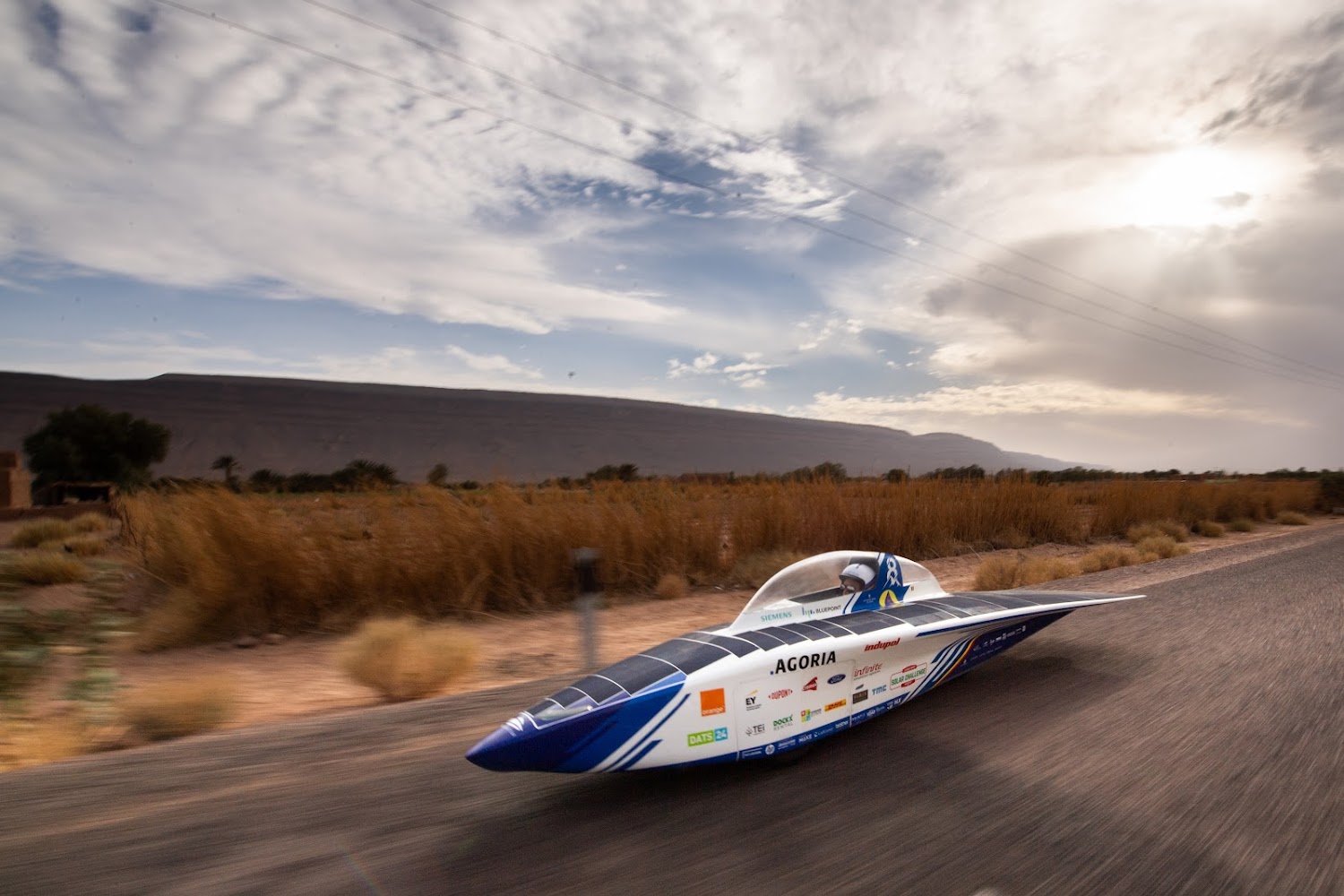 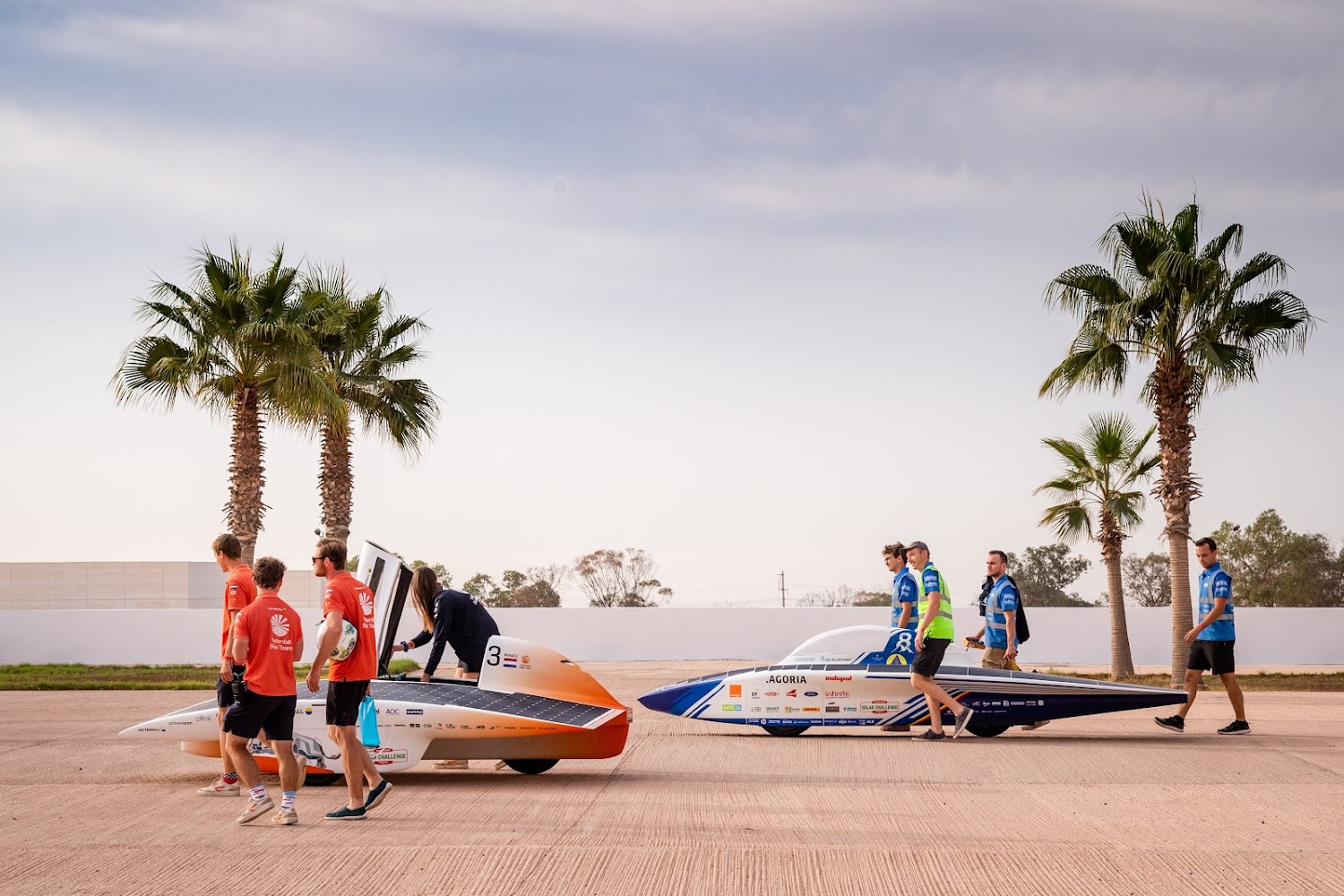 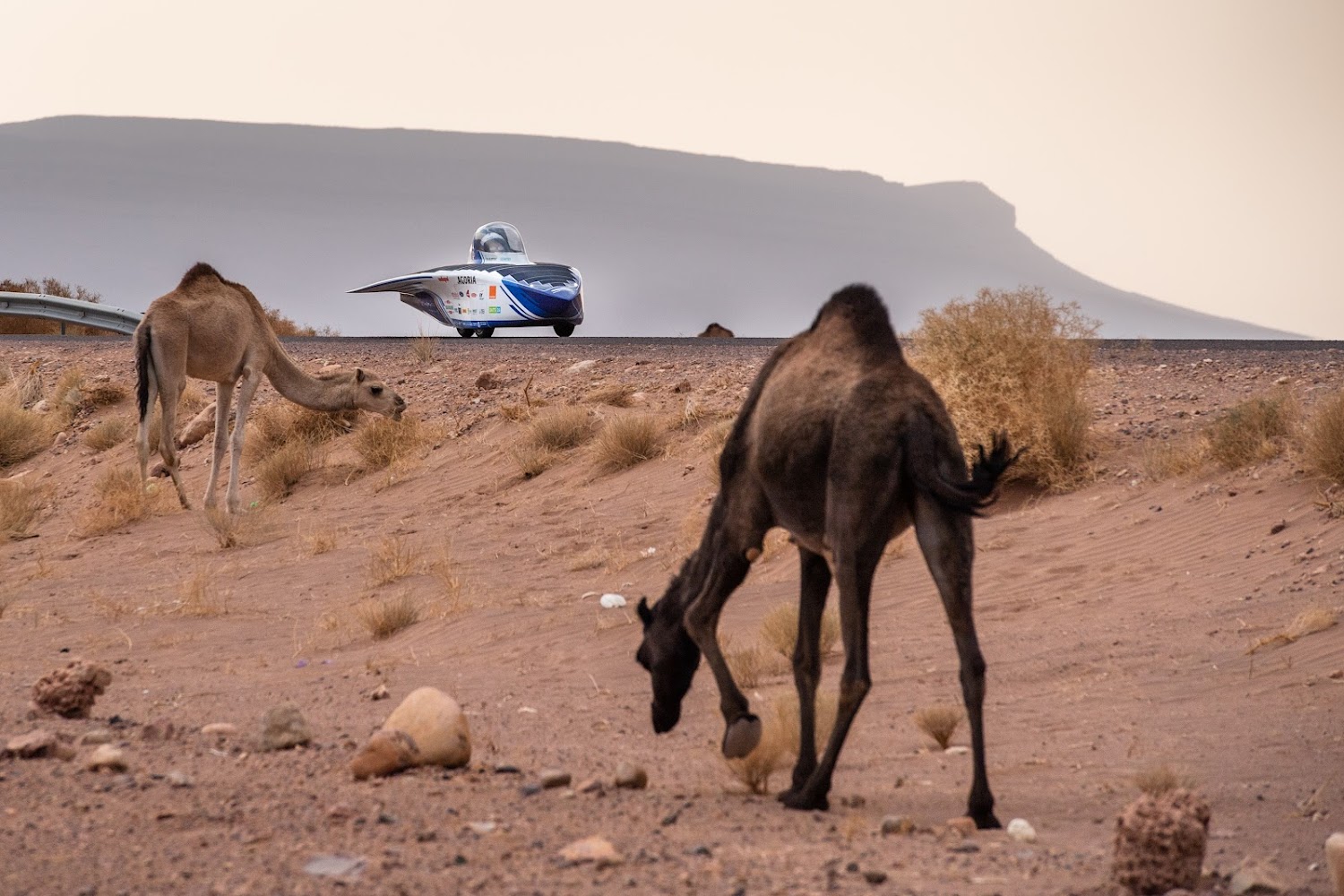