For 16 months, the 21 engineering students of the Punch Powertrain Solar Team have been looking forward to the world championship for solar cars that will start on the 8th of October in Australia. Seven days before the race they placed their solar panel, with the best solar cells in the world, on the car. The team hopes that this will help them to be ahead of the international competition during the race.

Best solar cells in the world

The Punch Powertrain Solar Team has managed to get a hold on solar cells that are being used in space. They perform, with 34% efficiency, more than twice as well as most solar cells on roofs. With these cells the Belgian Solar Team hopes to take the lead in the Bridgestone World Solar Challenge.
“Only two other competing teams are using these type of solar cells, Delft University of Technology and the University of Michigan”, says brand manager Thierry Garritsen. Because of these cells, the Punch Powertrain Solar Team was able to make a smaller solar car, without sacrificing speed. The top speed of the solar car is 120km/h. 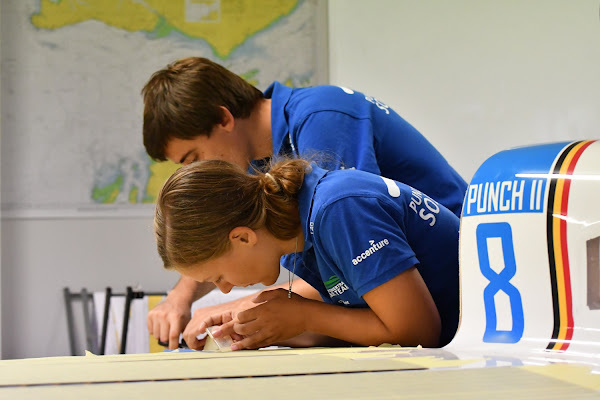 The solar panel, the biggest challenge

To create a solar panel with the best solar cells in the world proved to be a big challenge.
The fragile solar cells, produced in Germany, were first transported to America where they got a protective layer that increases the efficiency of the solar panel. Then they were sent to Australia and arrived only two weeks before the start of the competition. “Every step was a considerable challenge because the solar cells are very fragile”, says team manager Joachim Verheyen. “During the production process, some cells appeared to be damaged. That was a bit of a fright, but we did everything we could to solve it and get the solar panel ready for the race. Now we are hoping that everything goes well during the competition!” 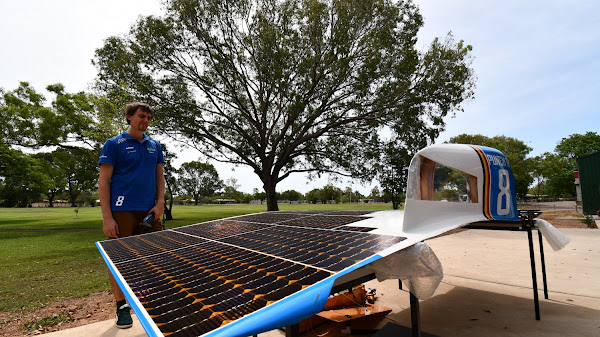 At this moment, a part of the team is doing some tests with the solar car on Australia’s public road. “Currently the tests are good. Our solar car, the Punch 2, has driven more than 600 km in Australia. During the entire test period we already drove the distance of the race once”, says mechanic Martijn Schaeken. With another six days before the start of the race, the ambition of the Solar Team is still tremendous. It will, without a doubt, be an exciting 3021 km race from the 8th until the 12th of October in the Australian Outback! 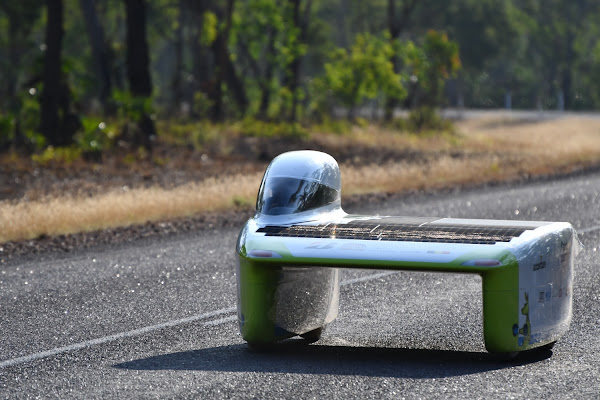