After their bad luck day yesterday, the Agoria Solar Team was able to make up a lot of kilometres in the Sasol Solar Challenge today. They were able to catch up 38 kilometres of the 100 kilometres they were behind. Tonight the marathon stage is on the programme. In this stage, the reliability of their newest solar car, the BluePoint Atlas, will be put to the test.

After the repairs that were carried out last night to repair yesterday's damage, the solar car was able to drive without any problems today. Of the 100 kilometres they lost yesterday, they were able to make up 38 kilometres today. The Belgians thus won today's stage. In the overall ranking they are second and were able to reduce the gap to the leader.

Yesterday we had quite an unlucky day. We had damage to the car. Some of our team had to work late to repair the car. We did this in a smart way. The drivers went to bed early. That way, we were able to show resilience today. We made up 40 kilometres on our biggest competitor: the team from Delft. We want to continue that in the coming days.

During the race, there are many mandatory stops. At each of these stops, the solar car has to stop for at least five minutes. This gives the team the opportunity to show their solar car to local school children and teach them about the BluePoint Atlas.

During our challenge in South Africa, we pass many local schools. So a lot of school children come to see our solar car. We like to help them by explaining the BluePoint Atlas and inspiring them in the wonderful world of technology.

The engineering students are in for a special evening. To put the reliability of the participating solar cars to the test, only three team members are allowed to work on the car tonight. To prepare for this, the students of the KU Leuven have worked for a year on the reliability of their solar car by testing it extensively. They have also adapted the solar car's braking system to a more maintenance-friendly system.

The marathon stage means that only three people are allowed to work on the car tonight. The durability and reliability of the car is tested here. We have focused on this throughout the year and have tested the car thoroughly.

Over the next six days, the students will do everything they can to catch up and take first place. On Friday 16 September, the race will end and the solar car will arrive in Cape Town. Tomorrow, the students will continue their journey, finishing at South Africa's largest dam: Gariep Dam. 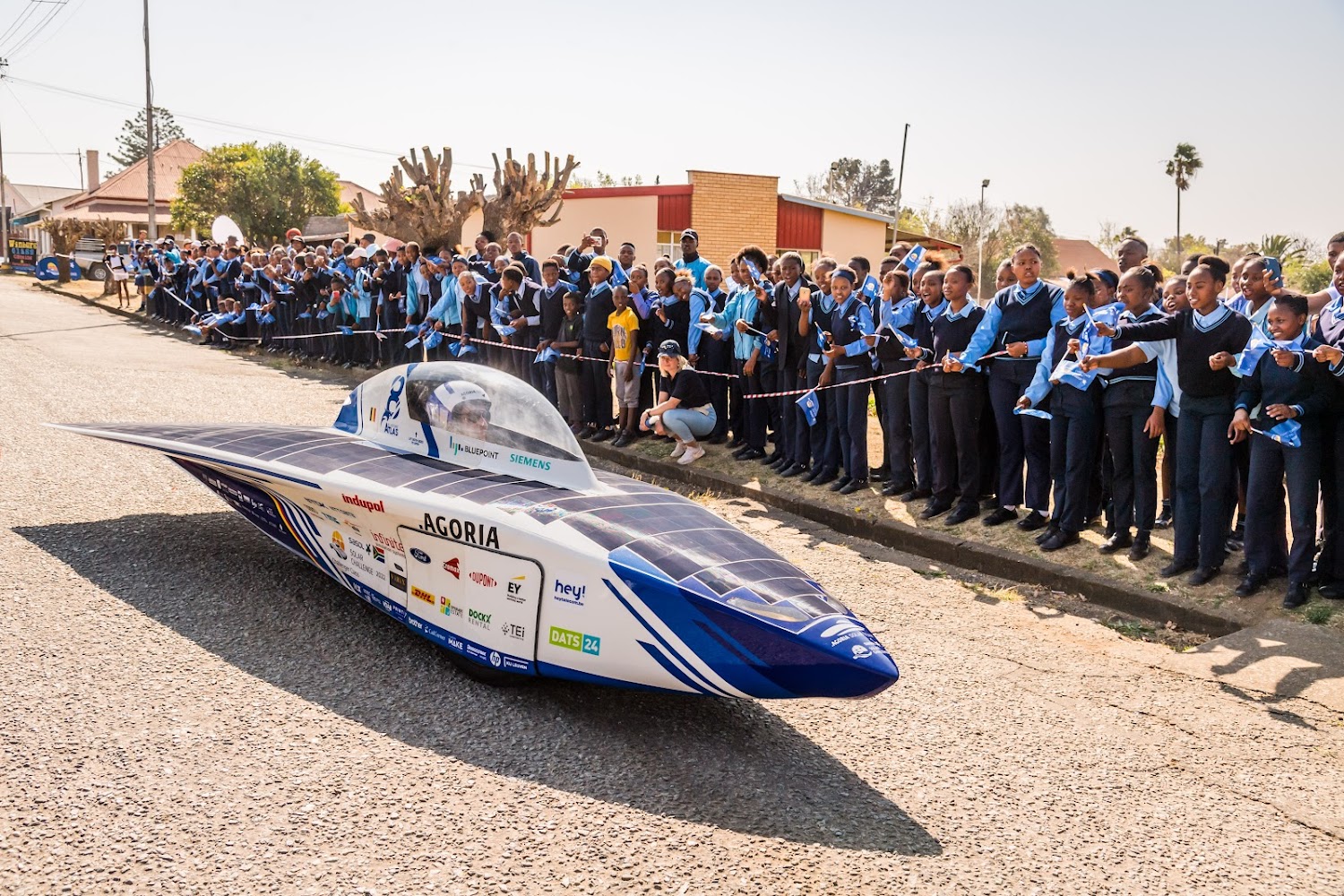 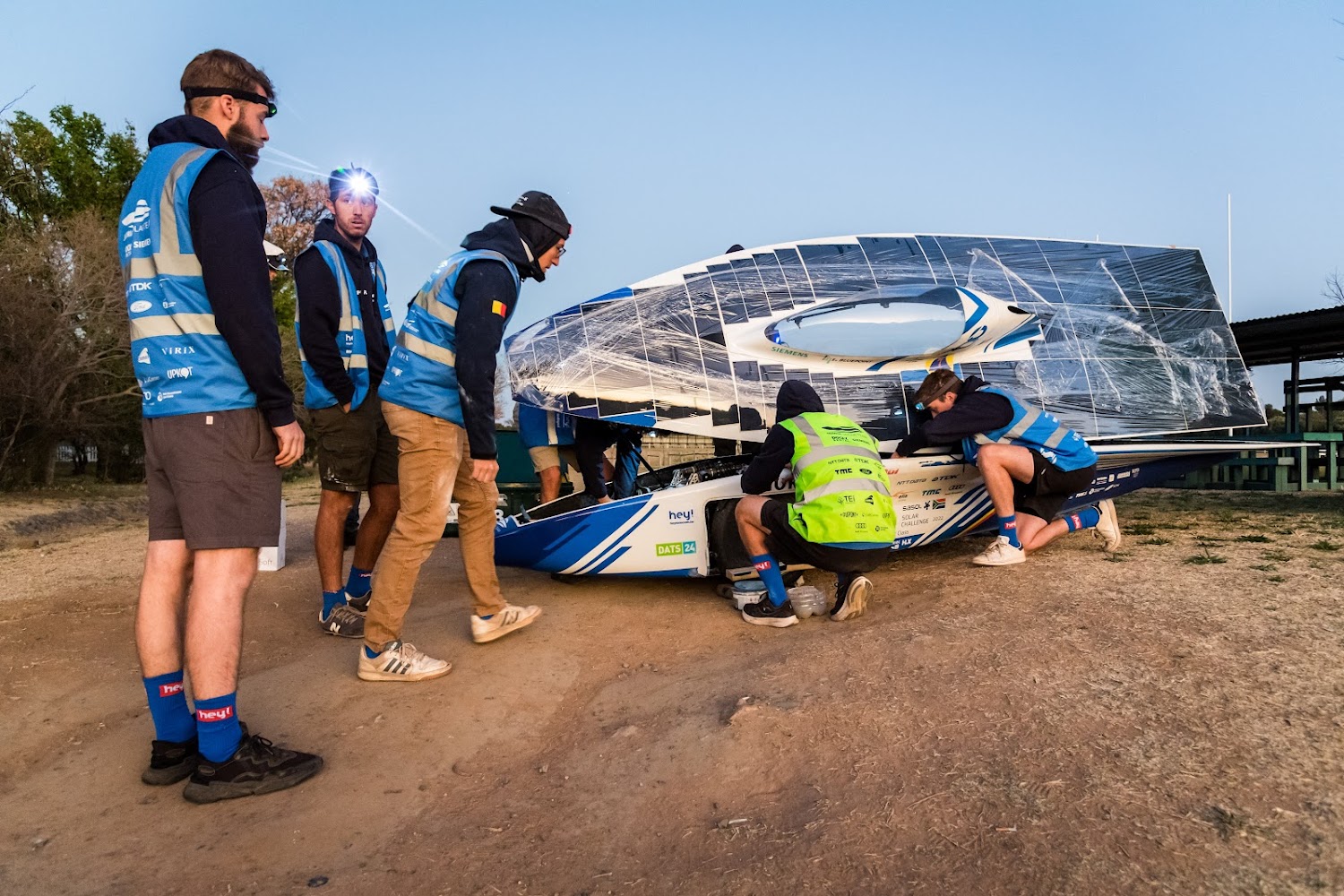 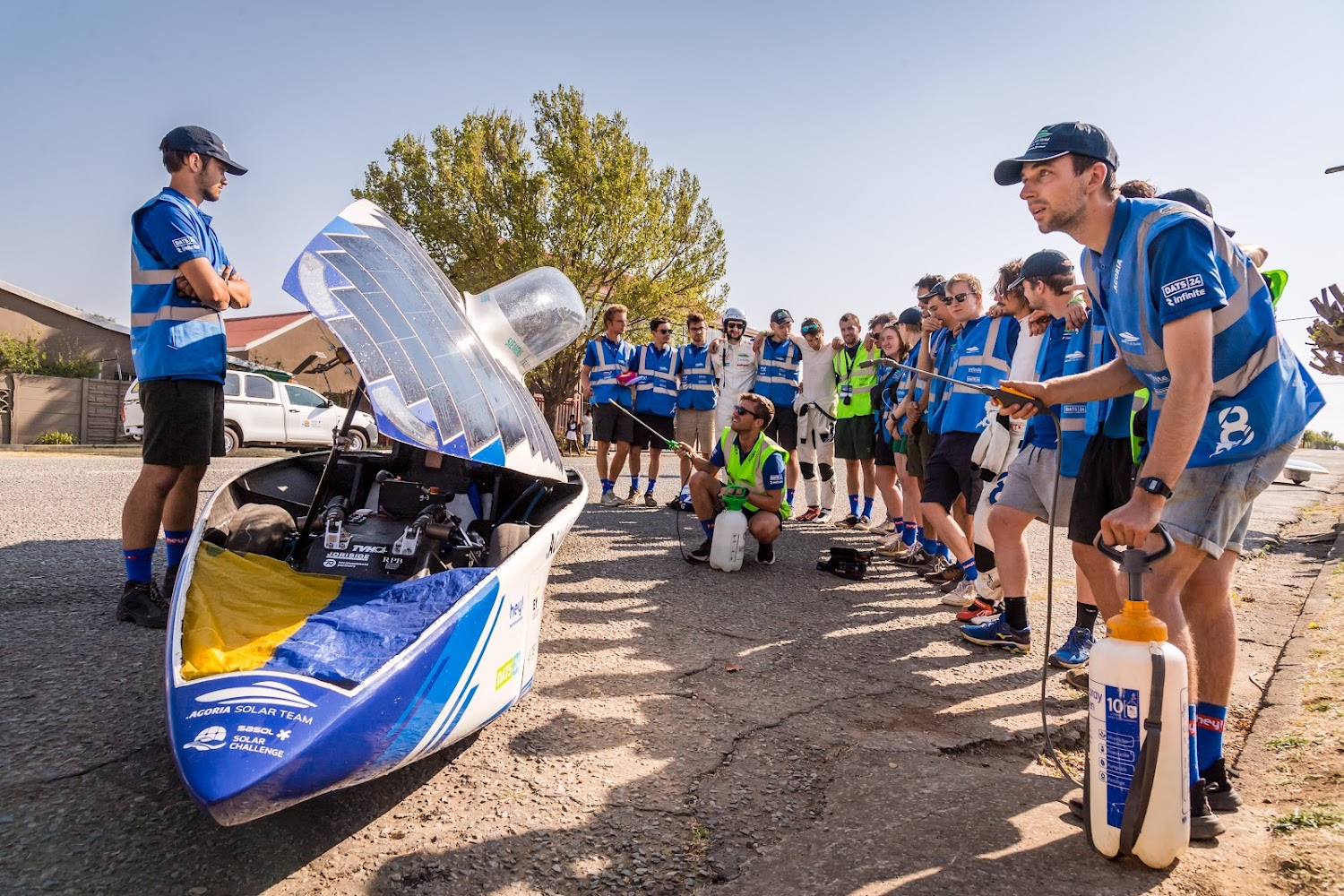