Back in September of 2018, over 70 teams signed up for the fifteenth edition of the Solar Olympics. The 34 most innovative groups were chosen and a team member of the Solar Team was assigned as coach. After multiple feedback sessions with the coaches and a day filled with workshops on innovation & entrepreneurship, it was time for the finals!

During the finals, the students showcased their inventions to a jury of four experts. This jury judged the projects on originality, sustainability and technical depth. In the Solar Challengers category, 14 miniature solar cars raced against each other on a 12-metre-long track. Victor Solar Team finished first after an exciting final race, right before the Sunmasters placing second and Socars 2, placing third.

As for the solar gadgets, there were many creative entries to the competition. One team designed a solar-powered dustbin, which gives a reward when you throw away a certain number of papers. Another team built a barbecue powered by solar energy. A bicycle helmet with indicators and a brake light is also a creation of one of the teams. 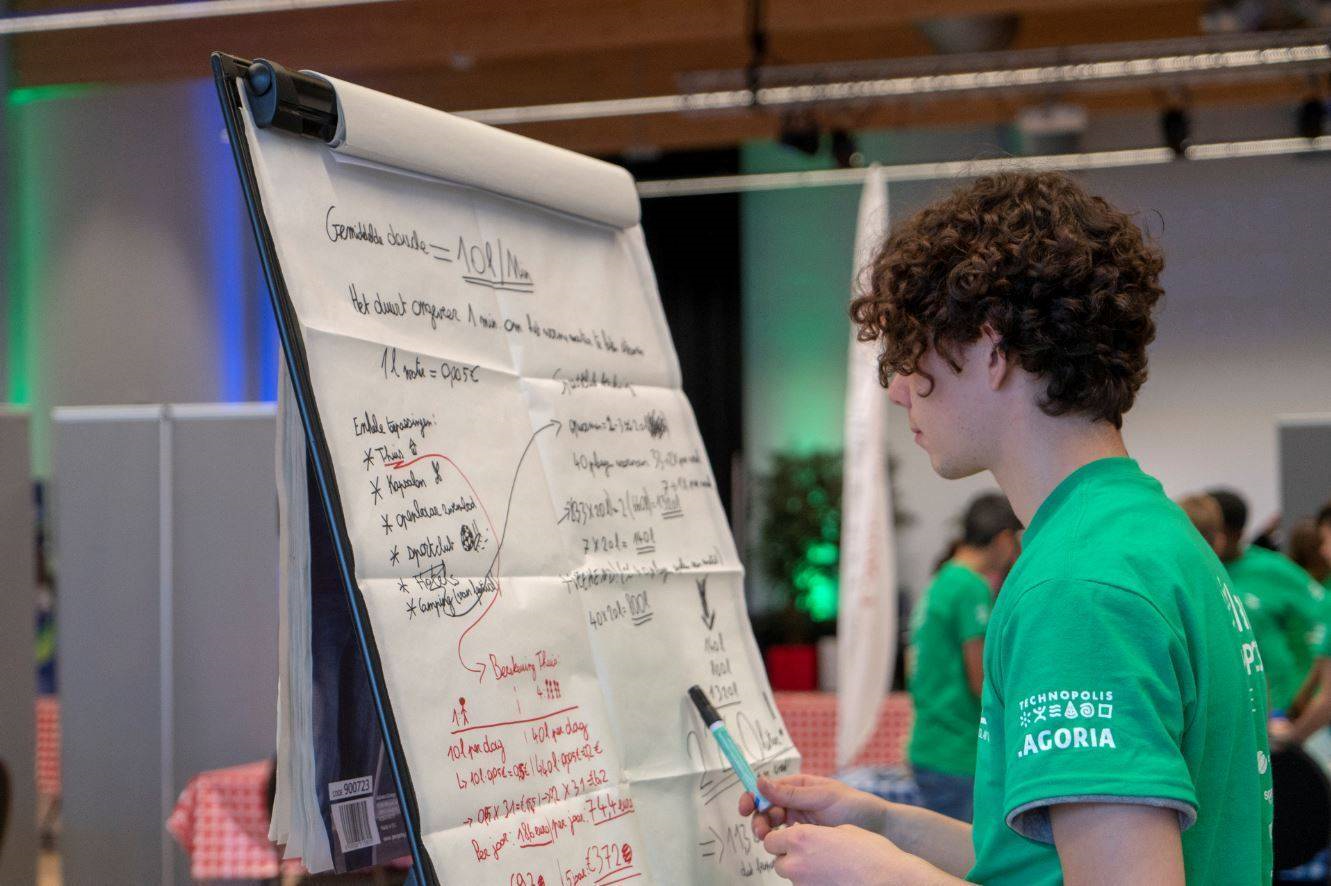 Both the Public Award and the Technopolis Technology Award were won by the Singularity Engineers. This group built a boat that can be used to determine the water quality. The prize for Best Idea was won by the Zonneboyslers. With their creation called 'SIS' (Sustainable innovative shower head), they were able to save up to 11.43 euros a week in water for their soccer club. The Best Juniors were the team of two  who built the Multi Game Board, a game board which allowed you to play different games on solar energy.

The successful fifteenth edition of the Solar Olympics ended with a group photo in front of Technopolis.

See you next year! 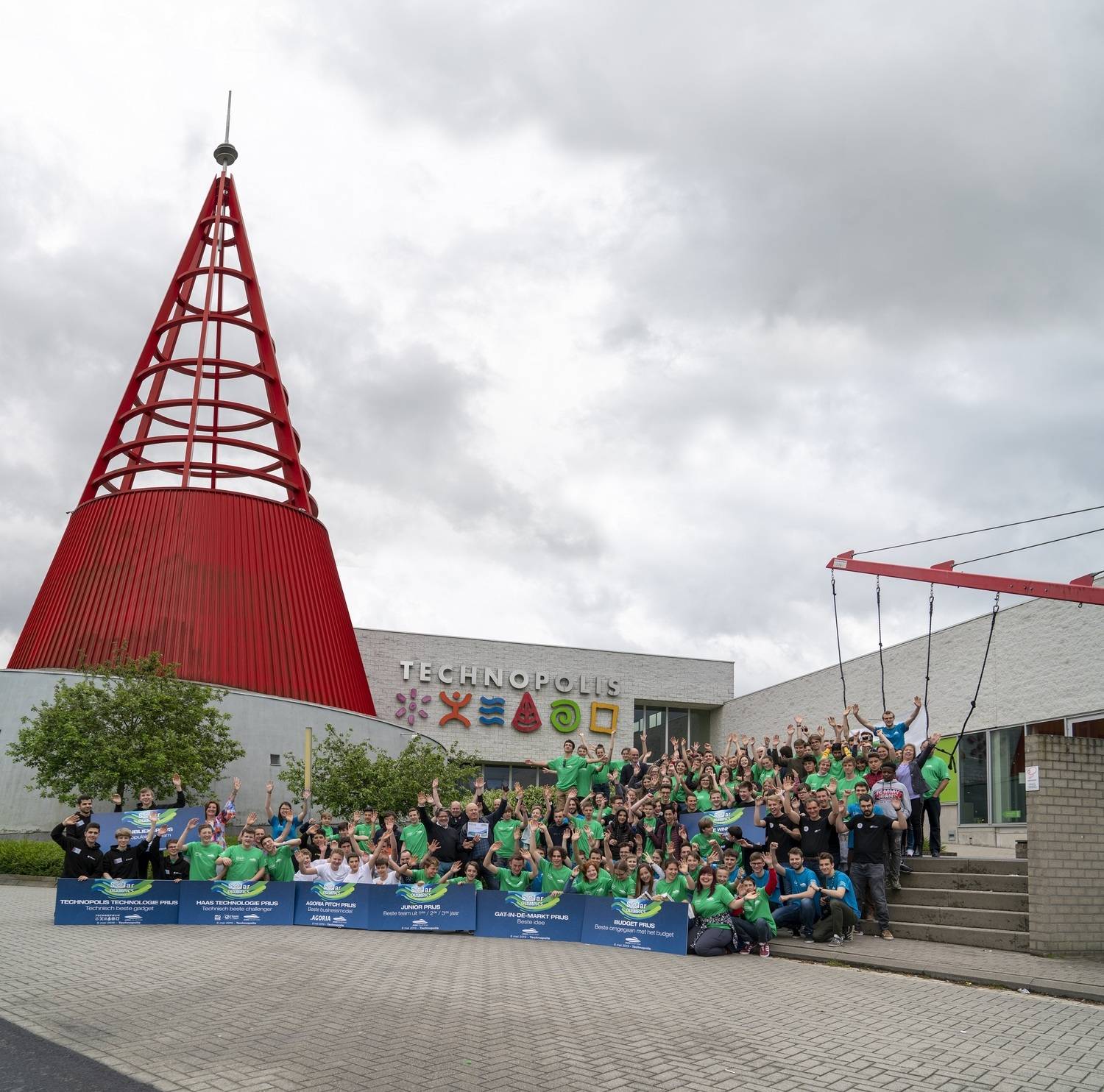