The Belgian solar car has gained one place in the ranking of the world competition for solar cars. The students of the University of Leuven overtook the team of the university of Sydney and are now ranked fifth. Tomorrow they will continue to try and outdistance the competition. 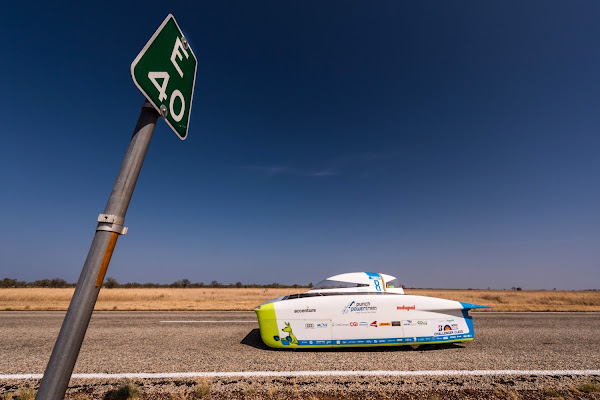 On Saturday, the world championship for solar cars started in the Australian city of Darwin. 42 teams are driving 3021 kilometers with their self-built car from Darwin to Adelaide. Yesterday, the Belgian Punch Powertrain Solar Team had some bad luck, but today everything went according to plan: “After a half day of racing we were able to catch up with the university of Sydney”, says Adrian Baiets. “It was a good day without technical problems. We finished the day in fifth position on the ranking.”

In the coming days, the weather will play a major role in the race. The day began with a blue sky, but in the afternoon clouds started to appear. Clouds are also forecast for tomorrow and the day after tomorrow. The students of the University of Leuven are not too worried about it: “We are well prepared and we also have a weather forecaster with us here in Australia”, says Lynn De Haes. “He continually sends weather reports via satellite.” 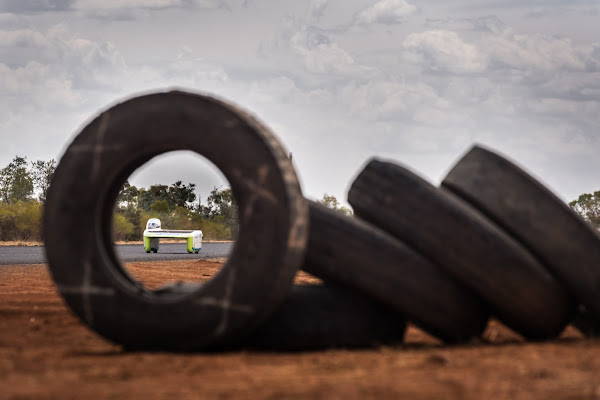 Based on these updates, the team determines how fast the solar car should drive. Adrian Baiets: “If, for example, there is a cloud, you have to decide whether you are going to drive faster to be quicker in the sun. Or you can decide to drive more slowly to consume less energy. Of course, we won't not tell the competition what our strategy is.” The Dutch team of TU Delft has the lead, followed by the Japanese team Tokai. The University of Twente is third and the University of Michigan drives fourth.

The solar car drove 626 kilometers today with and average speed of 76 kilometers per hour. Of the 3021 kilometers that must be completed, the team has already driven 1214 kilometers. The team ended the day at the fourth control stop in the small town of Barrow Creek. Tomorrow they will continue their overtaking manoeuvre. 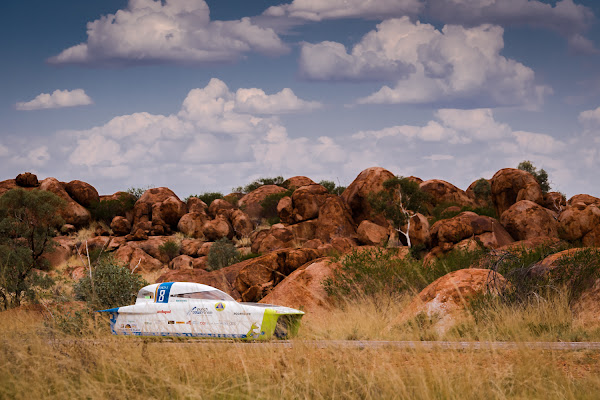 Yesterday one of our teammembers was interviewed by BBC World News in the middle of the Australian outback!