On Wednesday the 3rd ofJuly, we presented our brand new solar car. In exactly one year time we designed, produced and assembled the newest solar car, powered entirely by solar energy. For the design of the eighth Belgian solar car, we went to great lengths as a team, making it even smaller than its predecessor. In October, the new car will participate in the World Solar Car Championship in Australia, where we are aiming for first place.

( * Throughout the 3,000 kilometre race through the Australian outback, the BluePoint's energy consumption is calculated to be equivalent to 7 litres of diesel.)

The BluePoint is the eighth Belgian solar car and is also the most aerodynamic car in Belgium. In order to get the air resistance as low as possible, we spent six months improving the shape of the car.

"We are proud of the result we have achieved. Throughout the 3,000 kilometre race through Australia, the energy consumption of the BluePoint is calculated to be equal to 7 litres of diesel," says Emmerick Vandervelpen, an aerodynamic engineer on the Agoria Solar Team.

In addition to the aerodynamic improvements, there are also some big innovations in the BluePoint. For example, it's the first time we've developed the solar panel ourselves. In the past, we always bought the entire panel from a partner of ours. By making the panel ourselves, we have more control over the production process and more room for innovation. This year, we will select the right solar cells ourselves, connect them to each other and encase the cells with a protective layer. The solar cells are extremely fragile, making this a very difficult process.

Nelis Geurts, responsible for the solar panel in the team: "The solar cells are a lot more efficient than the ones you see on the roofs in your street. They are also used on satellites and cost as much as a Lamborghini!"

In the design of the new solar car we went to extremes. With a surface area of 2.6 m², the BluePoint's solar panel is the same size as that of its predecessor, the Punch 2. However, the new car is narrower, which lowers the drag but also reduces the space for the mechanical components. For example, the space between the wheels and the body of the car is only a few millimeters in certain places. The pilot also has less room to manoeuvre.

"In order to avoid unnecessary waste of space, the car is literally tailored to my size. My hips and shoulders fit in perfectly", says Inge Habets, pilot of the Agoria Solar Team.

On the 13th of October, the whole team will be at the start of the Bridgestone World Solar Challenge. This is the world championship for solar cars in which we will drive 3021 kilometres through the Australian desert. With 53 student teams from all over the world, this edition has a record number of registrations. We are determined to be the first to cross the finish line. With a third place in 2017 and first place in the most extreme solar race in Chile last year, our ambition has only grown.

"The whole team has given everything for one year. We are now completely ready for the world championship and are aiming for first place in Australia", says Willem-Jan Claes, team leader of the Agoria Solar Team. 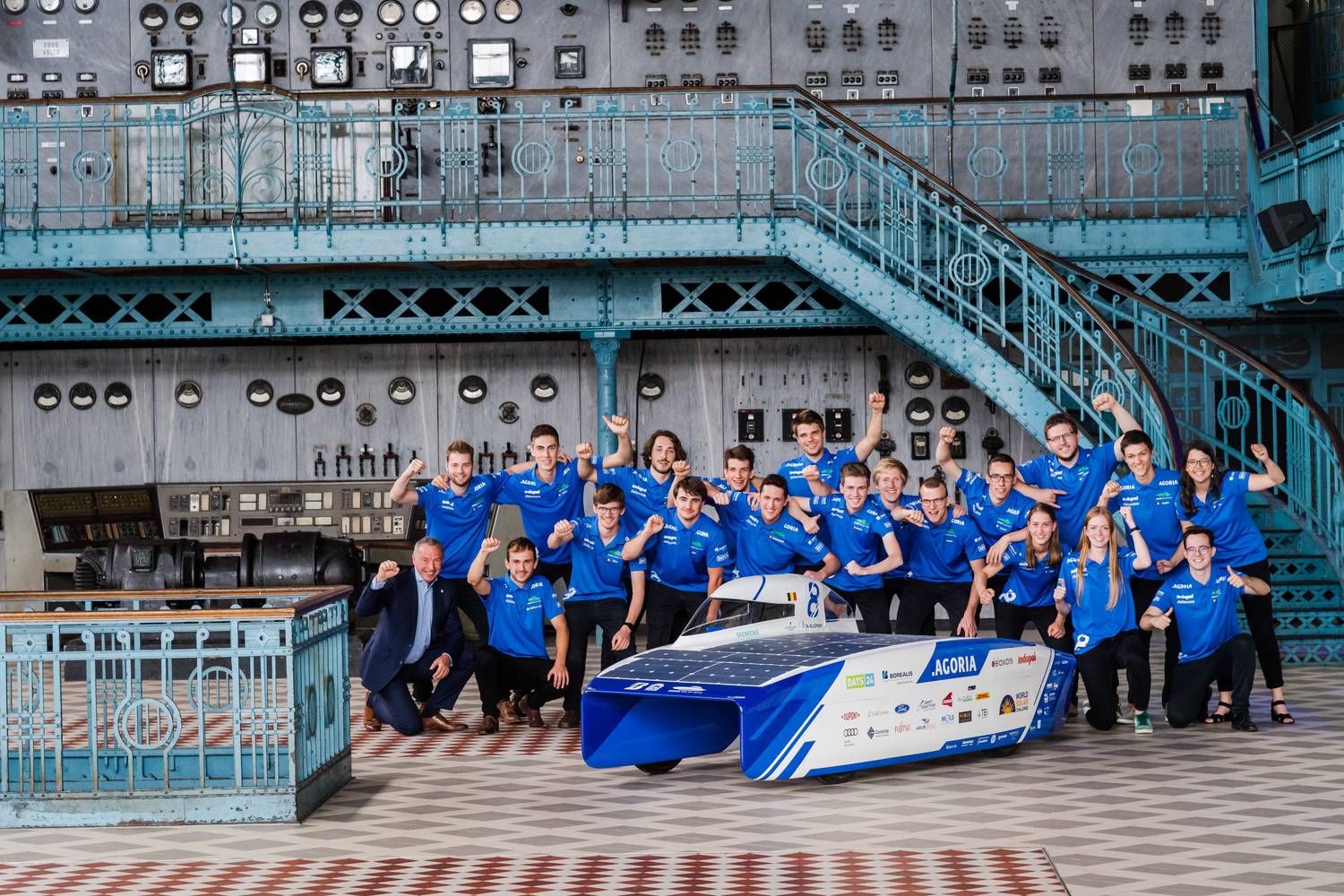