The Indupol One is the fifth Belgian solar car and was built between 2012 and 2014. The car took part in the World Solar Challenge of 2013 where it finished sixth out of 22 participants.

The car has also taken part in the Abu Dhabi Solar Challenge where it finished third, and twice in the iLumen European Solar Challenge, finishing third in 2014 and second in 2016.

Within the team, the Indupol One is always known as "the reliable one". As it's two predecessors, Umicar Inspire and Umicar Imagine, both faced large challenges in the Australian outback, the Indupol One was built with a different mindset: it was built to be reliable. That's where the team slogan comes into play: performance is achieved by first focusing on reliability - a very wise lesson from the harsh conditions of the Australian outback. 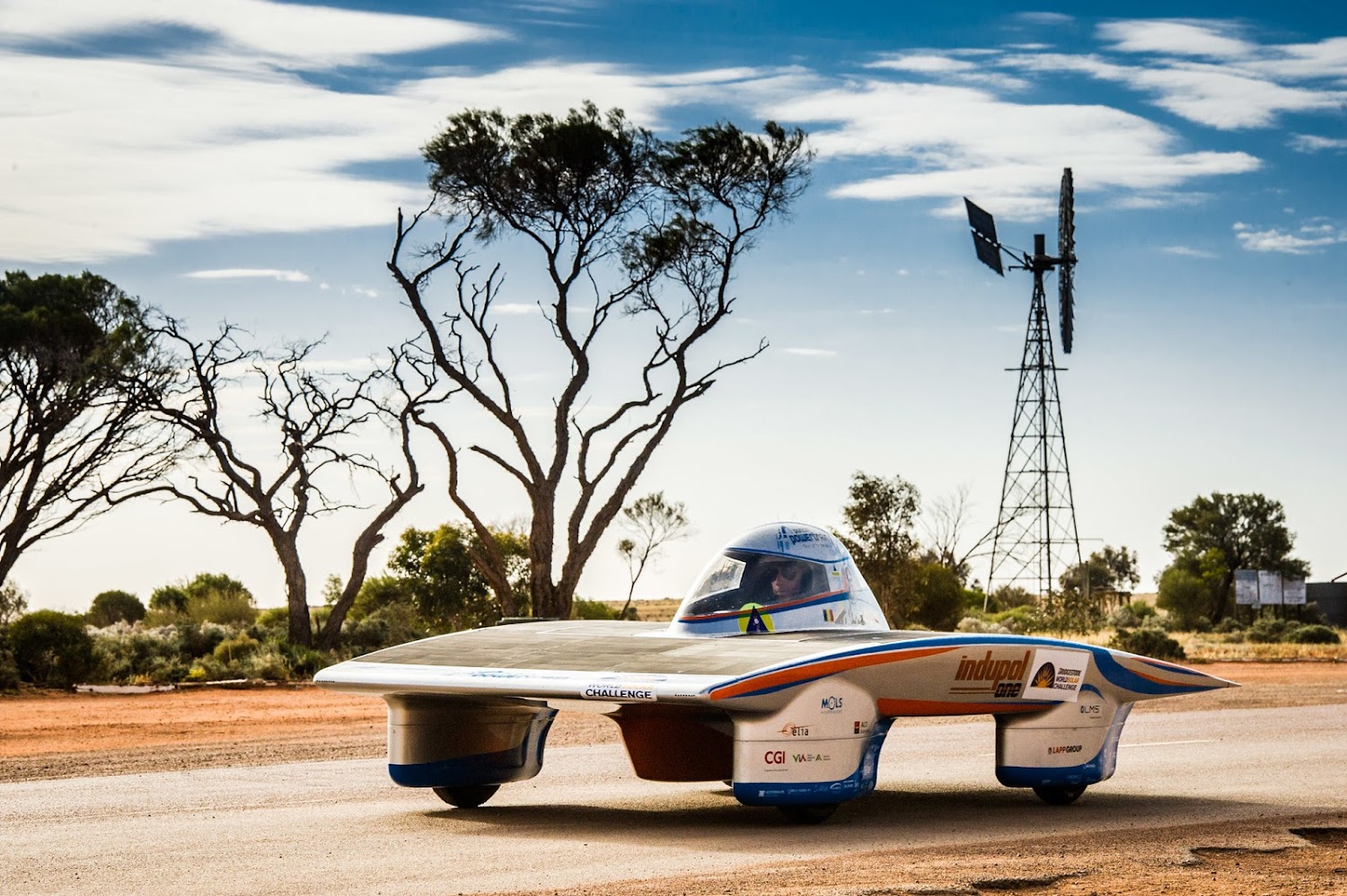 The team also devoted time and resources into developing a new, safer battery structure. As 3D-printing was a new and upcoming technology, the team joined forces with Belgian companies to print a 3D-structure which allowed efficient battery cooling. This also made them win the Innovation prize of the Bridgestone World Solar Challenge.